The shrike family has earnt the name Butcher Birds due to their habit of impaling their prey on thorns and keeping larders which they can visit and eat a portion at a time. Despite have frequent encounters with both Red-backed and Great Grey Shrikes around Oslo I have never actually found a larder but that was before today. The Great Grey Shrike in Maridalen has a habit of suddenly appearing and disappearing from the high point that it has chosen to use to spy after prey. Today I found out where it disappears to. After three attempts the shrike was sitting on the wires over its favoured field and I decided to sit in the car and wait to see if I saw it catch its lunch. I waited and waited and the shrike sat there and spied but it didn’t find anything to catch. It then flew down into a low bush and disappeared. I had an idea that this was where it had its larder and cautiously approached. When I was quite close the bird flew out and after a bit if searching I found an impaled mouse. What a smart bird! If you can’t find anything you want to eat in the shop just pop down to your larder and have a quick snack J From the angle I found the mouse it looked like it was missing its head and when I walked around to the other side of the bush I was met with a quite macabre sight with bloody flesh and entrails hanging out (you have been warned so don’t look at the pictures if you are of a weak disposition!) 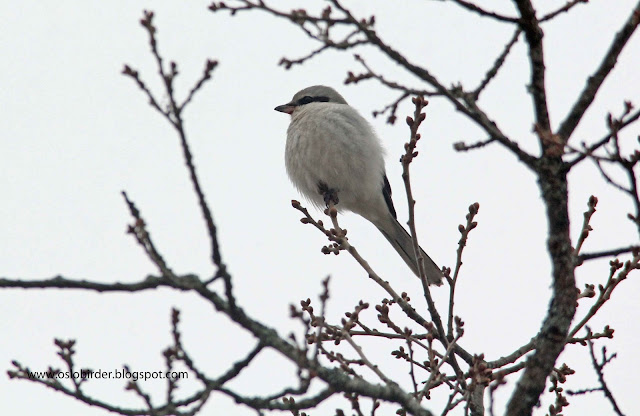 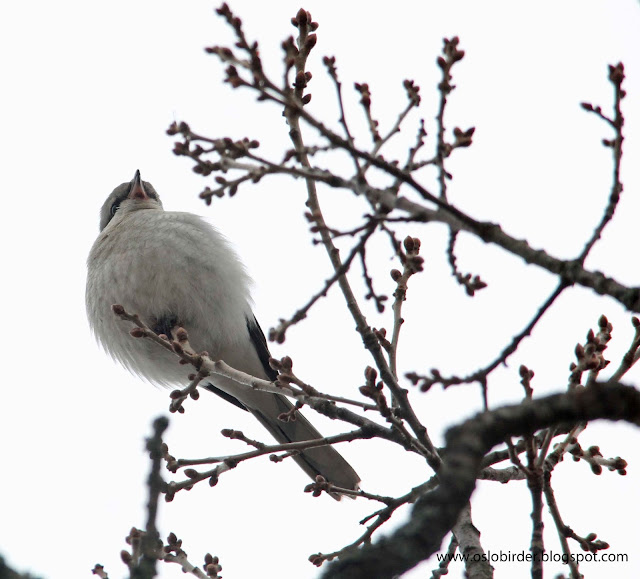 In addition to Maridalen I also visited Fornebu where I met up with Jules. Low cloud and the threat of snow put a real dampener on bird activity but 5 Reed Buntings made themselves known, Bearded Tits called but only from one location and the Stock Dove was sat on top of a nest box and later sang. Later on another Stock Dove flew over and the original bird flew up to meet it and then they both flew down and started feeding together – did we witness a bird arriving on its migration? 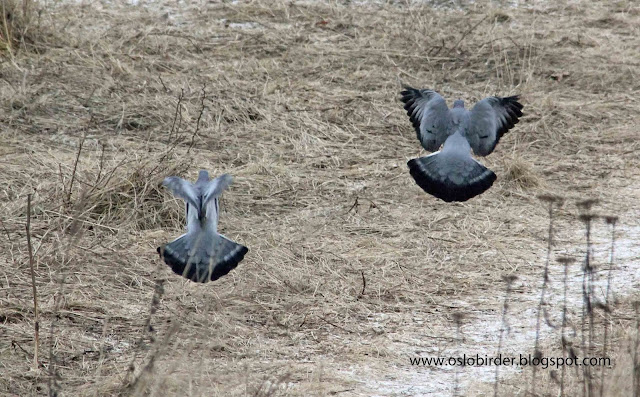 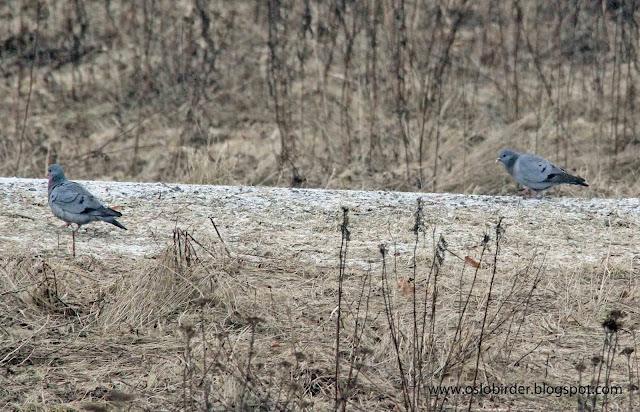