Today’s birding was as grey and uninspiring as the weather. At Fornebu I confirmed the continued presence of the Jack Snipe (kvartbekkasin) but it flew up before I had a chance to locate it on the ground despite the fact I was methodically trying to.

This weekend I received a quite impressive magazine in the post or at least it looks impressive because due to it being in German I cannot understand a word inside it. I was contacted a few weeks ago by the magazine asking to use a picture of mine of Waxwings (sidensvans) feeding in mistletoe. The magazine was an Austrian hunting magazine so I was a bit sceptical about letting them use the picture but the article on mistletoe was not in itself about hunting. The magazine came in a wax paper envelope and seems to be more a magazine for a certain social class rather than specifically about hunting and it is clear that there is a lot of money in that class judging by tone of the articles, adverts and also the fact that a quite fat magazine can be published monthly.

Here a couple of pictures of the magazine plus my original picture. 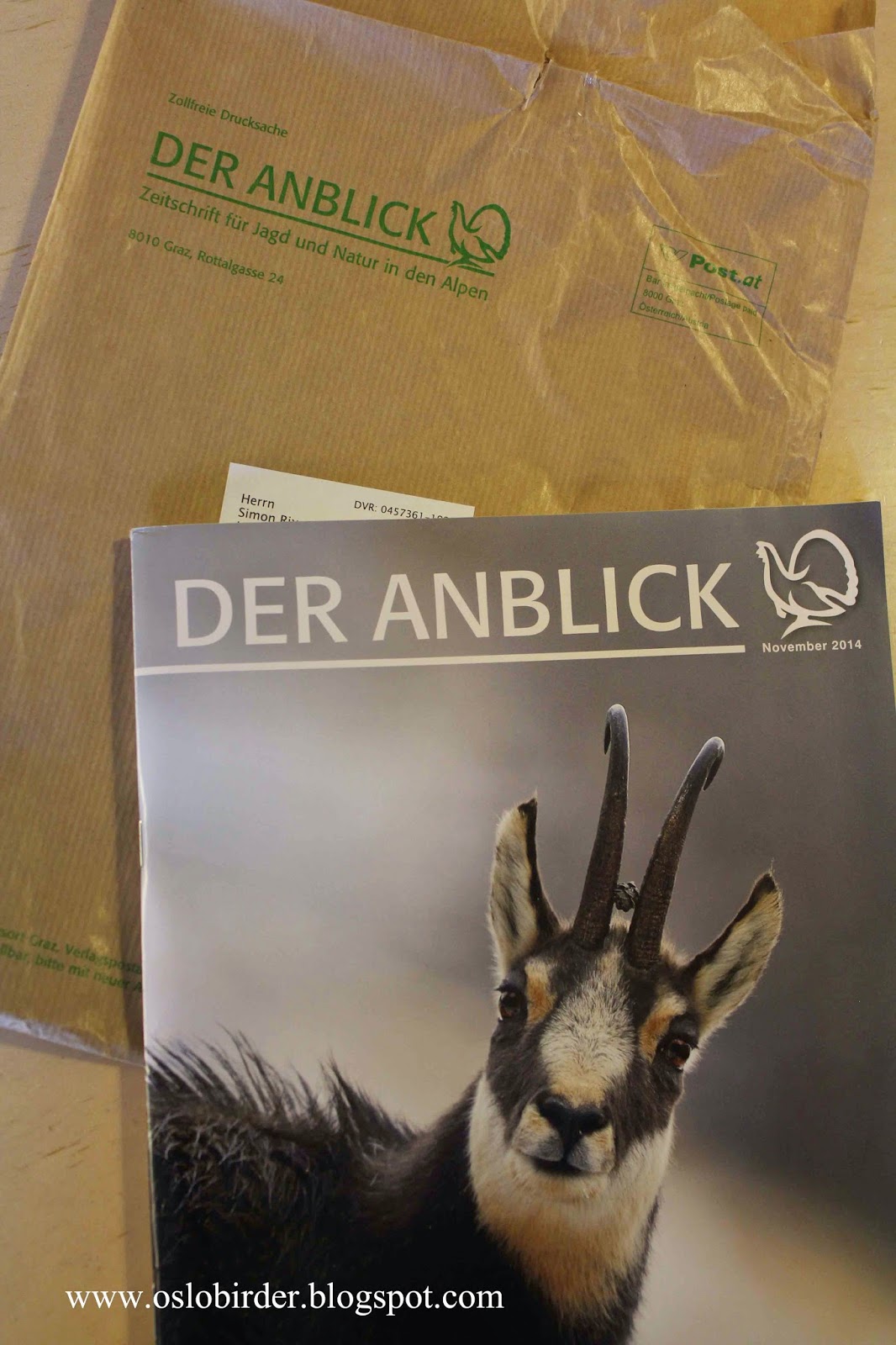 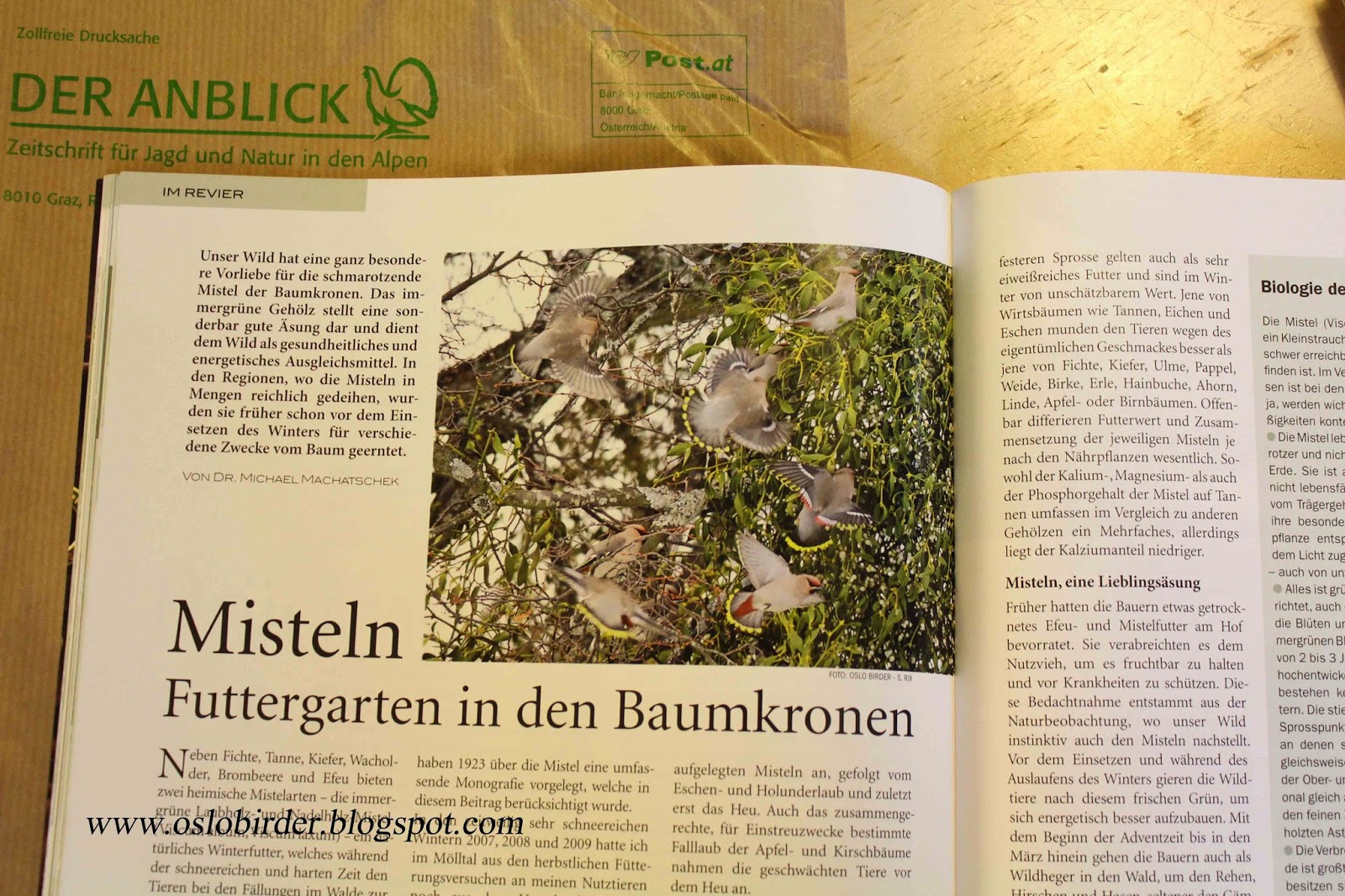