More virtual birding. Are Snowy Owls coming? The map for November does not show many sightings but it is way more than in other months/years. I read a comment on a Swedish FB group that in 1999 after a hige invasion of Pomarine Skuas that there was also an "invasion" of Snowy Owls. This year has also seen a huge invasion of Poms (the first since 1999?) and it is being speculated that the Owls will follow. Presumably it has been a lemming year in Siberia meaning loads of young Poms and an equally good breeding year for the Owls. 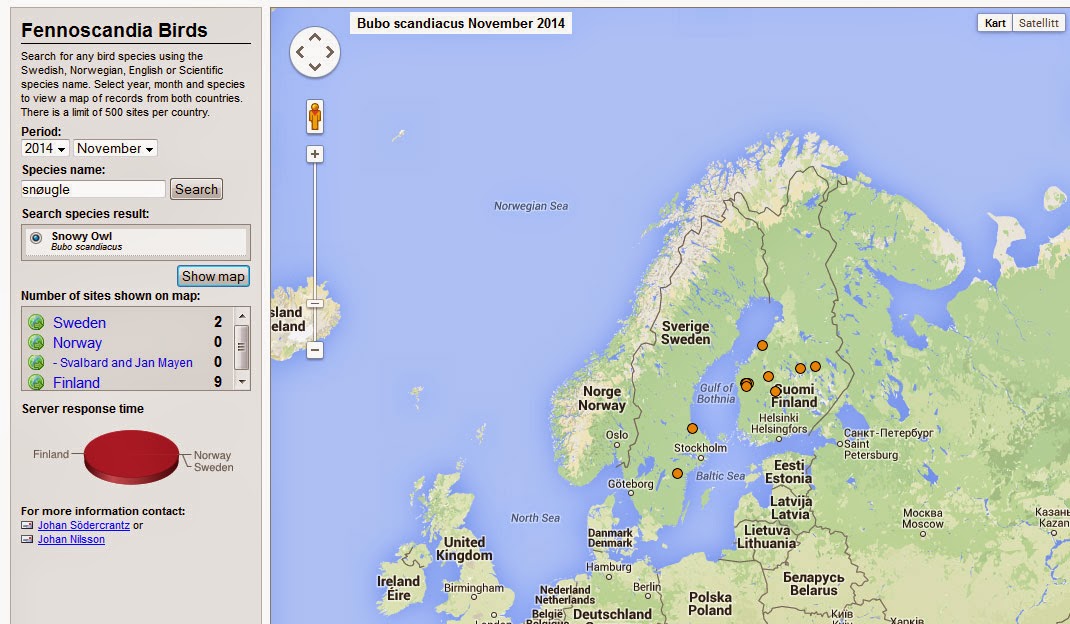