I’ve written before about a Documentary on Oslo’s wildlife that I have been helping out on. Last winter we filmed Peregrines on the roof of the Radisson Plaza hotel but more footage is needed. So far this winter there have been no reported sightings from the hotel or any of the other regular hangouts in downtown Oslo so we were getting a bit worried.

A report from Ketil Knudsen early this morning though of one on the roof of the KPMG building in Majorstua had us visiting the site at lunchtime and sure enough the bird was still present and looking very much at home. The hundreds of local pigeons which are presumably what attracts it here all looked very at ease with the birds presence which may be an indication that it has been here quite a while and that this is its new “home” although there could easily be more than one Peregrine using Oslo each winter which wouldn’t be a surprise given the growing breeding population in these parts. This bird was small and therefore most likely a male whereas the bird from last winter seemed a larger bird from memory. 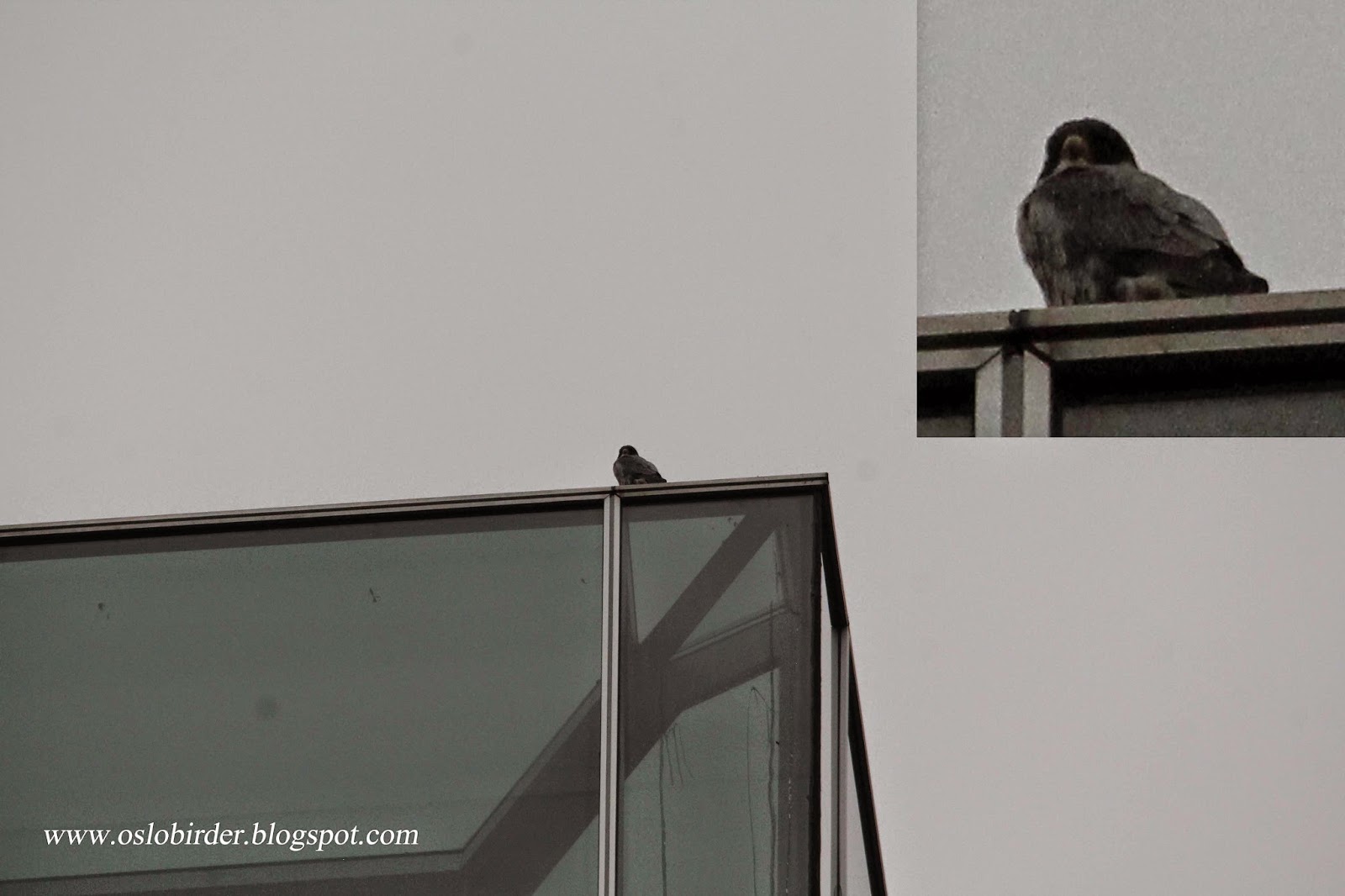 Email ThisBlogThis!Share to TwitterShare to FacebookShare to Pinterest
Etiketter: Peregrine