With lots of rain forecast for the end of the week I thought I would get out today. Easterly winds had me thinking I needed to be on an island. Islands work well with rare birds because of location, location, location. Therefore an island in a narrow fjord just offshore from downtown Oslo is unlikely to deliver that much.

However as I got off the boat at Gressholmen this morning and within 30 seconds had Wheatear (steinskvett) and Chiffchaff (gransanger) then you might forgive me for thinking it was game on. Well the excitement finished exactly when it started and neither the island or the sea around it had anything more of interest to offer me.

Once back on the mainland I even walked around the harbour hoping for gulls - desparate times call for desperate measures. Even here I failed but a close Guillemot (lomvi) was a small consolation. I even also visited drug dealing central but had nothing more exciting than a couple of latish LB-b Gulls (sildemåke).

Taking the Metro home fate played me a good card when i realised I was on the wrong line. Rather than just take the next Metro back I went to a small lake near the station - Smestaddammen. Here amongst the bread eating Mallards (stokkand) was a proper wild duck - a Gadwall (snadderand) and a proper Oslo rarity. It was always nervous of people and will presumably not stay longer than today although the two Teal (krikkand) alongside it are most certainly birds that spend the winter in nearby Frognerparken. The swan family that breeds on the lake consisted of a single adult and three youngsters all of which were ringed.  I wonder what has happened to the other adult? (having entered the ringing data I see that the swan family consisted of 10 birds in September so one of the adults has presumably already left with 5 of the young which seems to be interesting behaviour).

In Maridalen a pair of Whooper Swans (sangsvane) are hopefully just the first of the autumn and we can look forward to some numbers of waterfowl over the next two months. 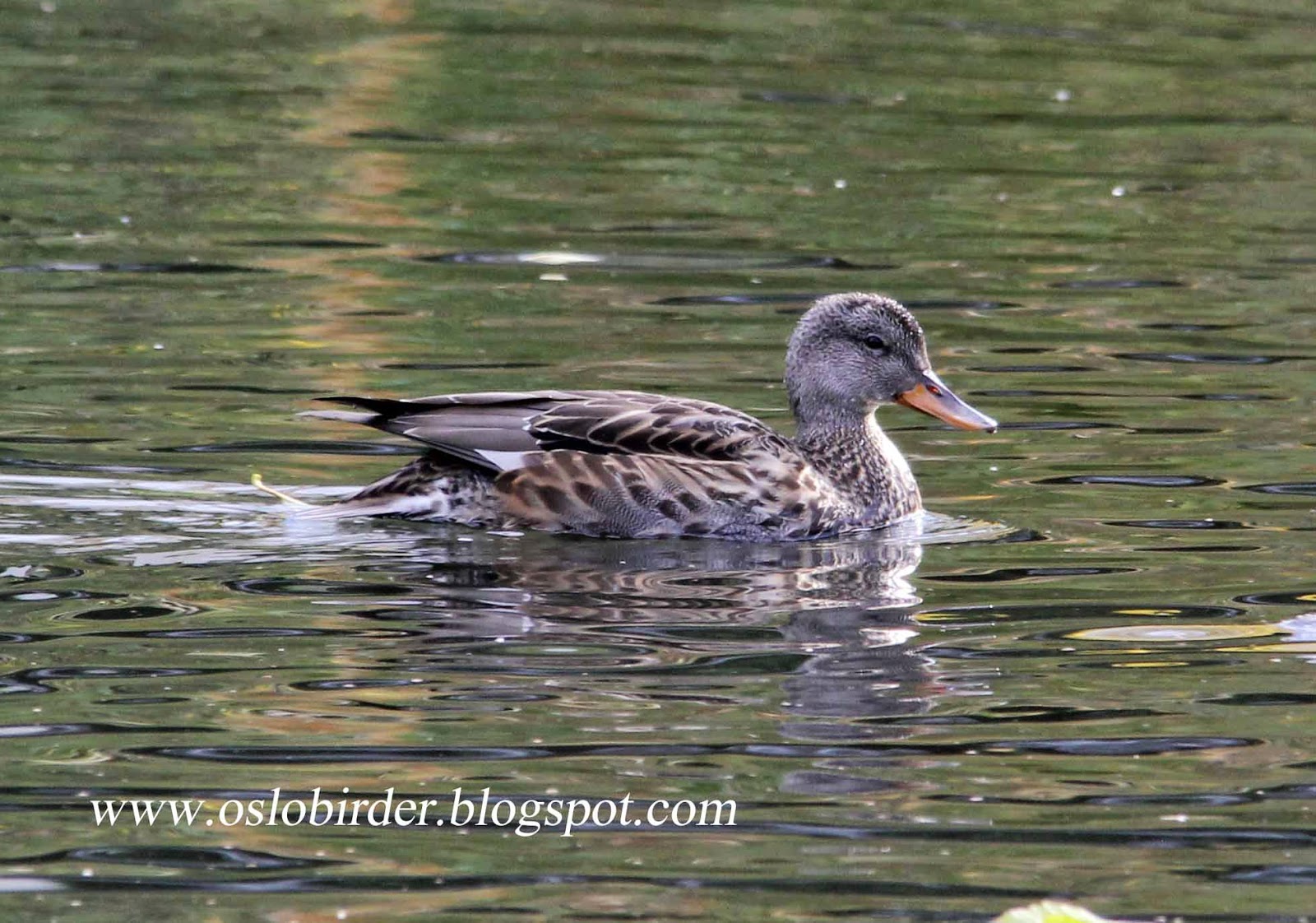 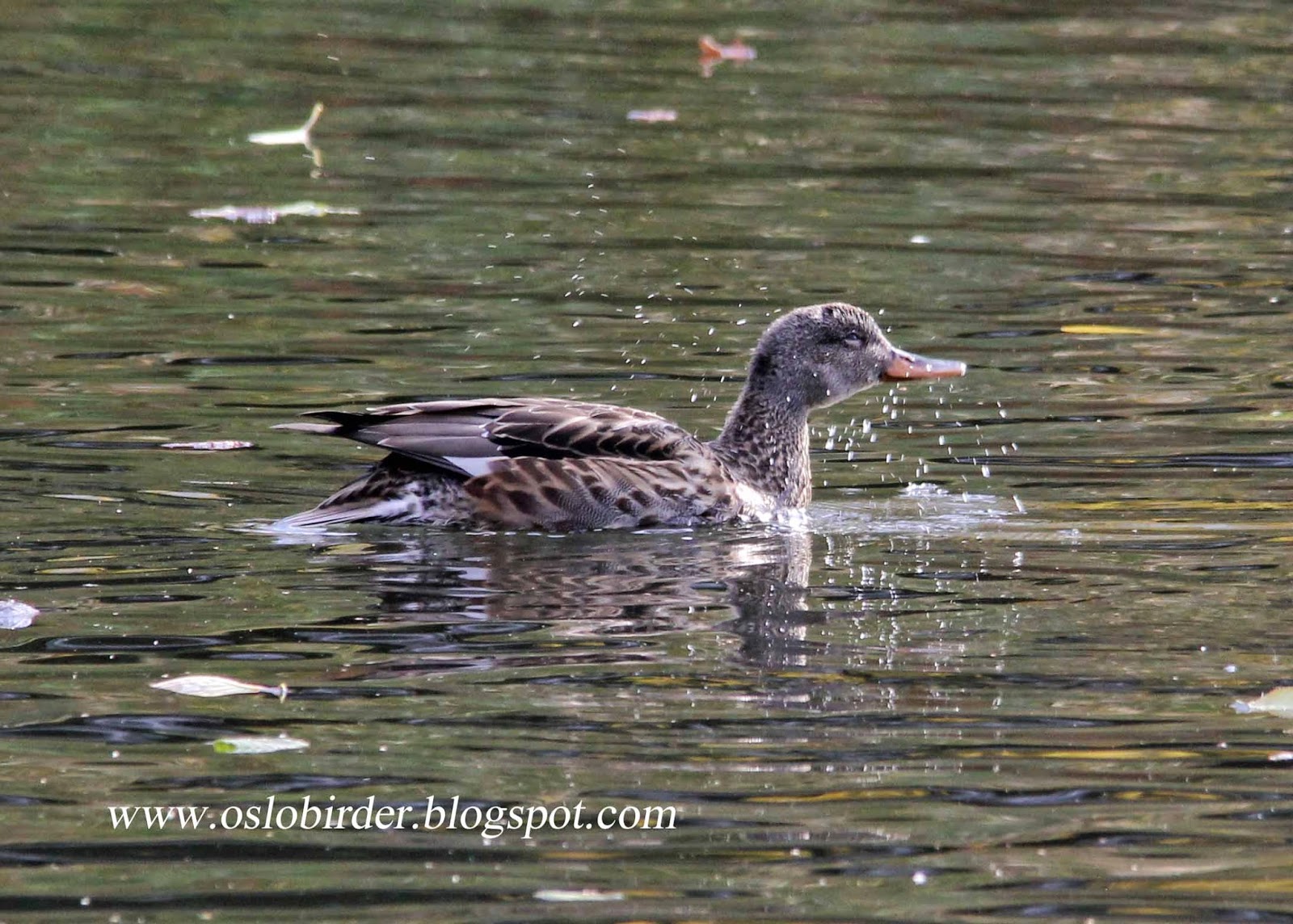 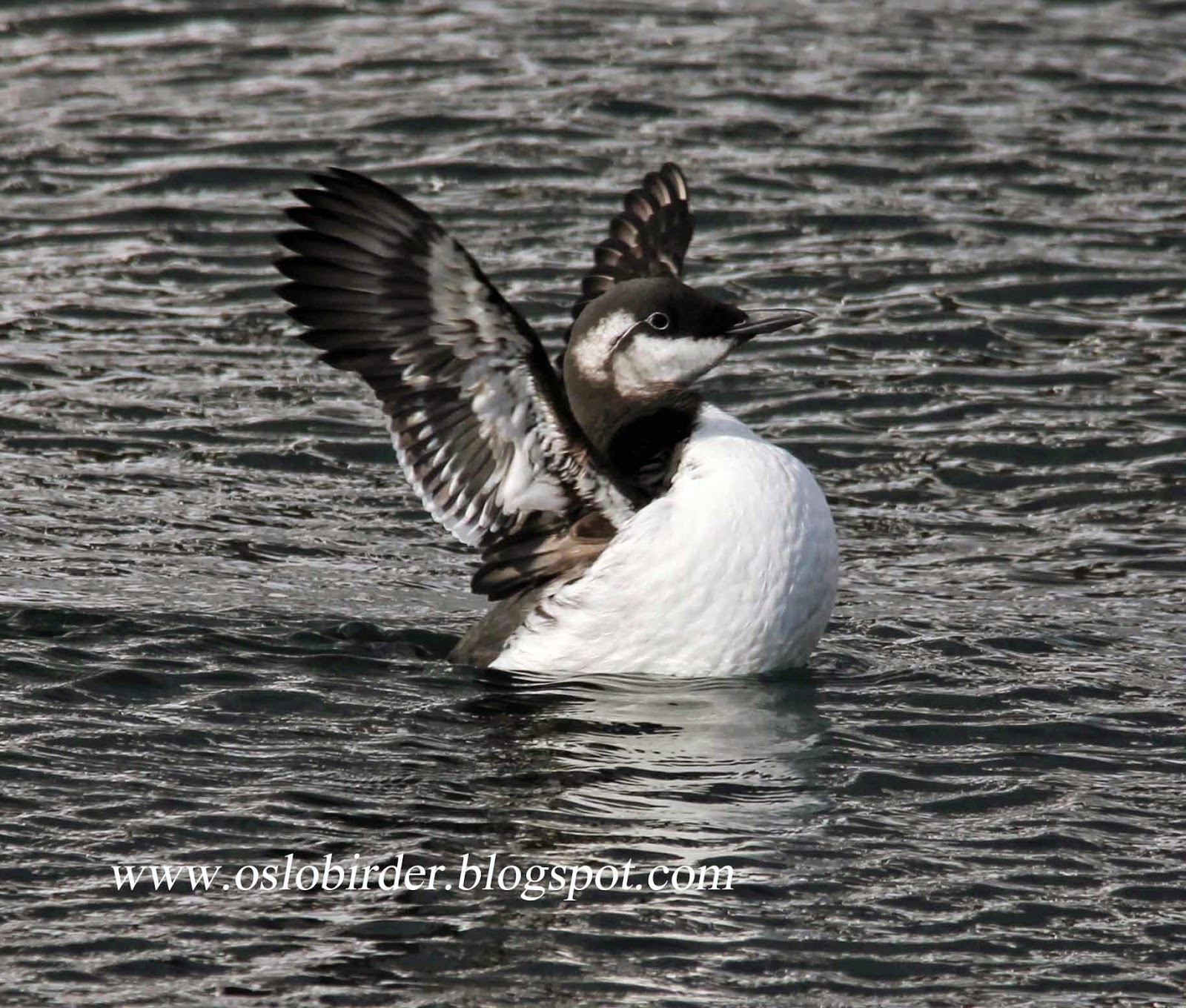