It was still blowing hard today ut I didn't have the motivation for a trip to Krokstrand and with some presentations and articles waiting to be written I thought I would just take a quick trip to Bygdøy to see if there were any seabirds hanging around in the inner Oslofjord - I was hoping most for a Grey Phal feeding on the shoreline. When I walked out I started getting excited as the wind was much stronger than the forecast 10m/s. I wasn't sure where to sit to get both protection from the wind and a wide enough angle of view but tried by the restaurant wall. The first bird I saw as I swept with my bins was dark and had an arching flight. I assumed a skua but as I finally got the scope up I saw it was a Manx Shearwater (havlire)!!!! It was coming towards me very fast and i quickly realised that my angle of view was bad and I had to run around the corner to see the bird vanishing close to land in towards Oslo. I found myself a better but more exposed viewing position and waited as it would surely have to come out again.

As the minutes dragged on I had three Fulmars (havhest) but little else in the way of supporting cast for such an distinguished guest as a Shearwater. Then after 40 minutes I saw it flash through the bottom of my field of view quiite close to land. I raised the camera to document it and then was able to watch it in the scope flying in typical shearwater style and flashing black and then white as it flipped over. After about 15 minutes it landed on the sea close to land by Fornebu but unfortunately that was the last I was to see of the bird despite driving round to Fornebu.
In three hours at Fornebu and now with some company we had three Pomarines Skuas (polarjo), 2 Fulmars, quite a few Kittiwakes (krykkje) which we could see arriving from the south, a Little Auk (alkekonge) and my first Waxwings of the autumn. I called Sabines Gull at one stage but lost it and then found a poorly marked Kittiwake so will let that one go.

Two of the Poms headed off high north east over Skøyen in Oslo and were lost heading towards Maridalen!

The Fulmars also sat on the water for long periods of time so it wouldn't surprise me if the Manxie is still out there. Maybe it will be seen early tomorrow morning as the winds should keep blowing until after midnight. 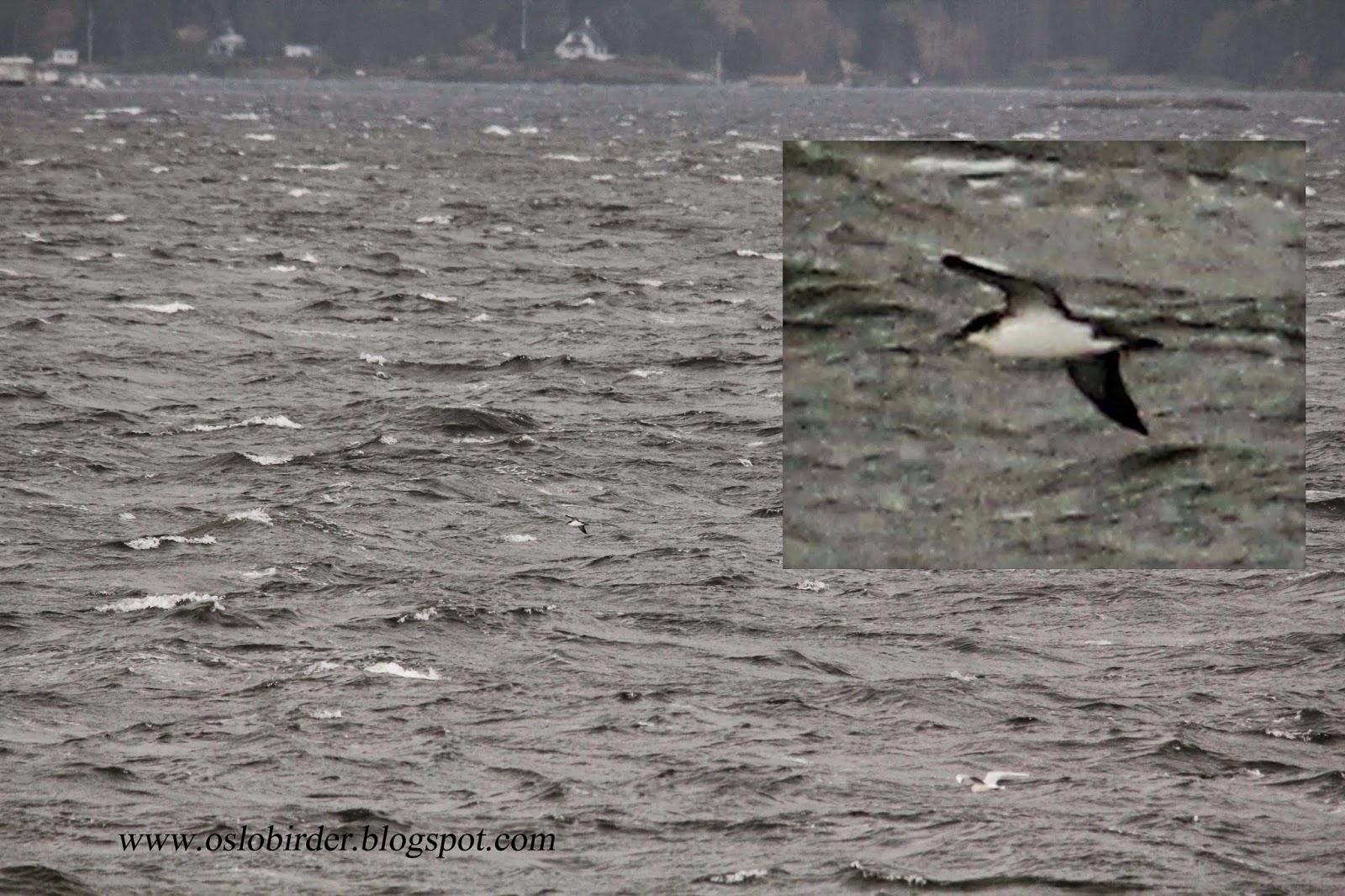