Winter arrived early today. Cars coming into the city with a thick layer of snow on showed that a bit higher up the rain that was falling had taken a more solid physical form and a trip up into Maridalen revealed snow in the higher areas. The weather seemed also to have helped push thrushes on their way south with Redwings being very numerous in the air.

I thought a trip to Fornebu would reveal enormous numbers of thrushes and finches seeking refuge but I was as wrong with this thought as I have been in all previous autumns. In fact there were far fewer birds at Fornebu than there were around the house. Waders were the only birds of note and it wasn’t quantity that was to be noted – just that there were some! Checking out the bay in Koksa I scared up Common Snipe, Jack Snipe and a Greenshank. Interestingly the Common Snipe flew up at close range from grass and without making a noise thus resembling a Jack Snipe whilst the Jack Snipe flew up at over 10 metres range (quietly though) which is more like a Common Snipe. Jackie flew up from an open area of mud where she presumably had been feeding and it could be that she didn’t feel that her cryptic plumage would work too well so plan B (flight) was the best option.
Maridalen didn’t have any large congregation of thrushes on the ground although there were a lot flying over. I had a hope that large numbers of seaducks would have been forced down from the mountain lakes where they breed and the lake would have lots of interest but here again my thoughts were wrong and there was nothing new although the 2 Common Scoters are still present.

The day’s highlight if it counts as such was in the garden. I checked out the elder bush which still has lots of berries and found that a Blackcap continues to find it attractive. In the cold weather the bird seemed happy just to sit by a large bunch of berries and gorge itself. It was sitting only 2 metres over the pavement and allowed people including me with my camera to walk right under it. The light wasn’t great but the pictures are probably my best of this species. 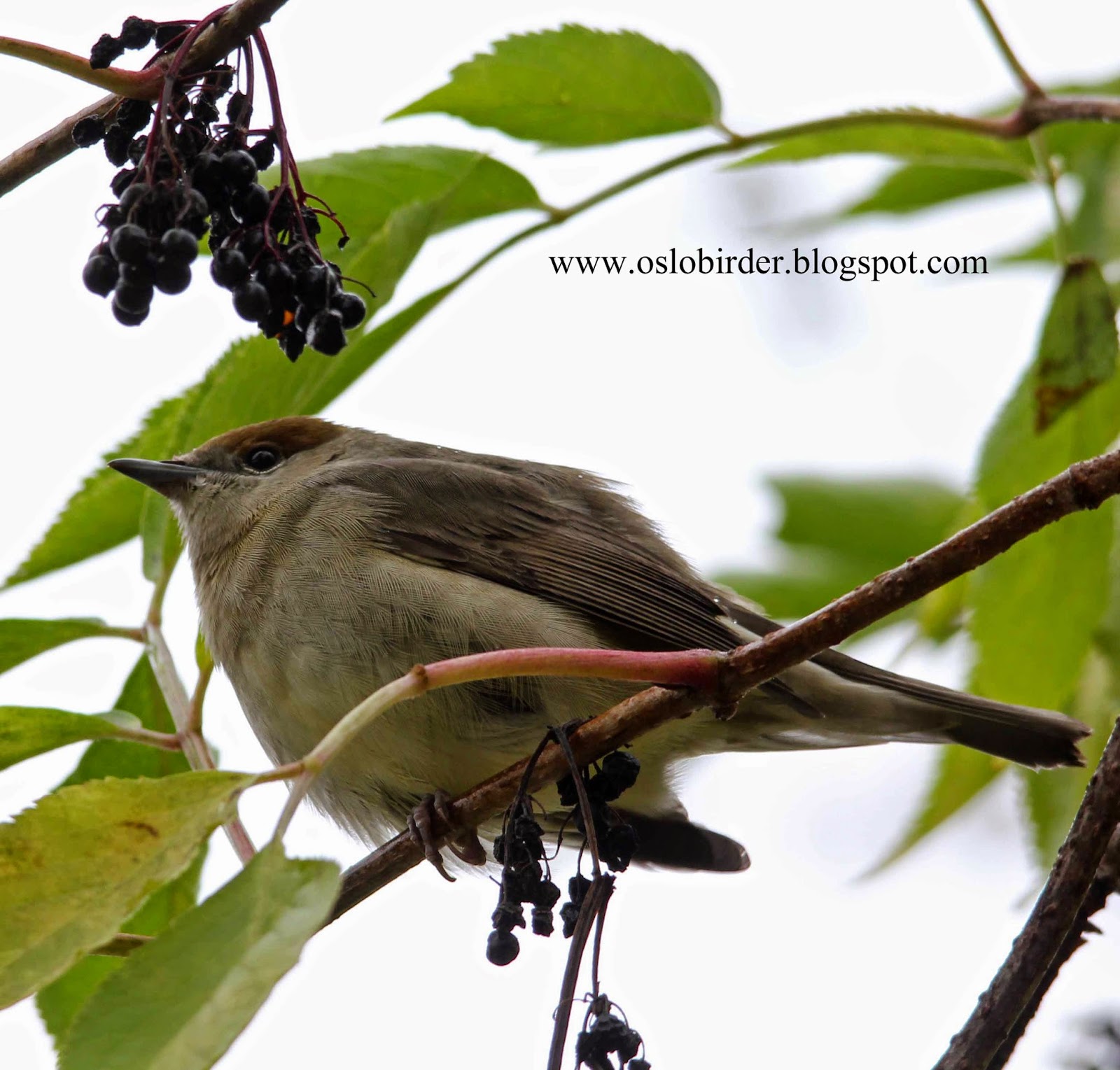 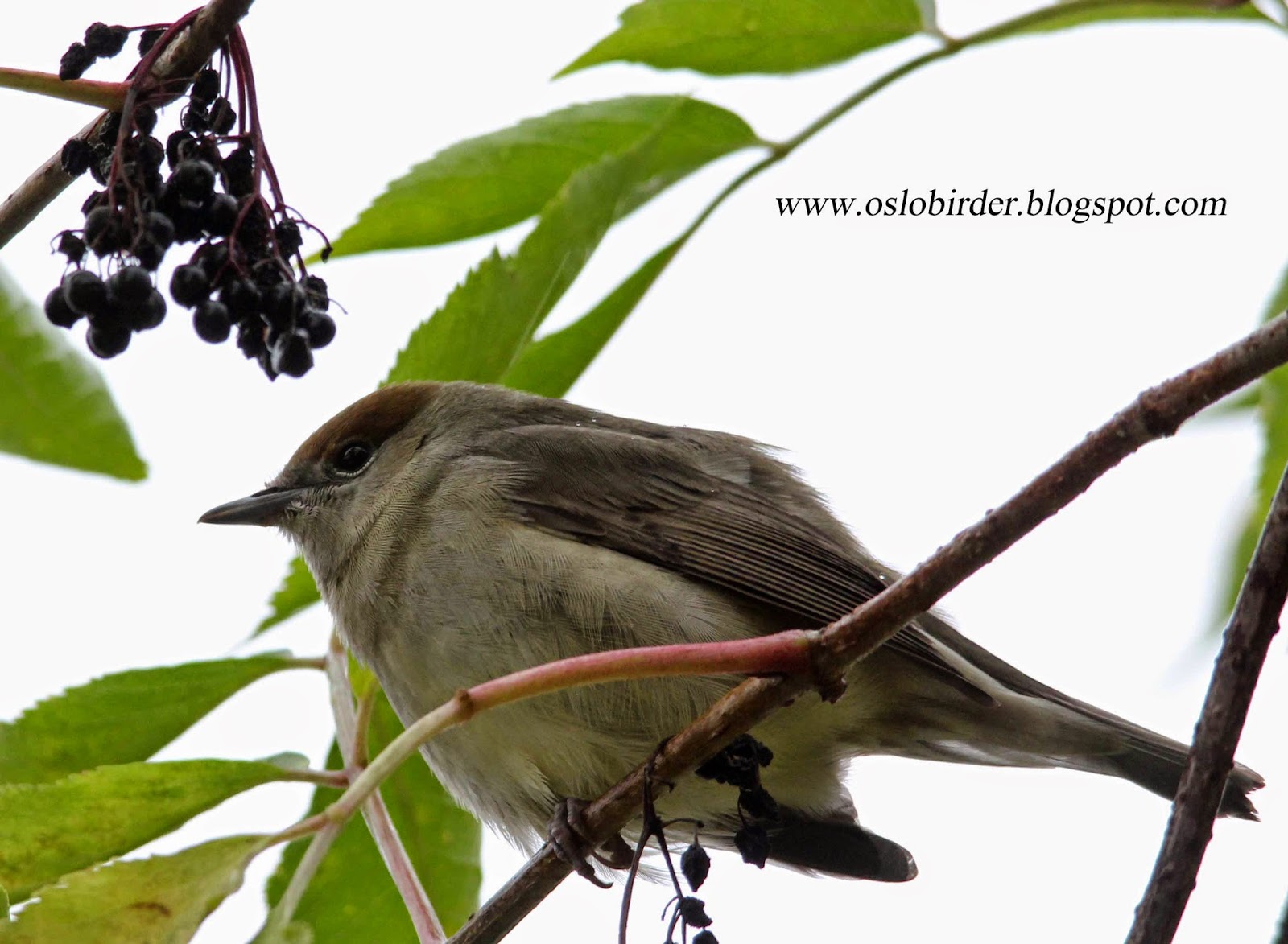