Today didn’t quite work out as I had hoped with thick fog in inland areas scuppering my plans. I drove out to Østfold and Hæresetersjøen where I hoped to find some good wildfowl but I had to wait for two hours before I could see more than 100 metres. I did locate a Great Grey Shrike (varsler) by call though and then by using playback I got it to come nice and close such that I did have something to see in the fog.

After the fog started clearing at noon I didn’t have too much time left to find anything good and although there were still around 1000 Greylag Geese (grågås) I didn’t find any other species amongst them. A vocal and mobile flock of 11 Long-tailed Tits (stjertmeis) here and another flocvk of at lesat 14 in Maridalen later on are probably a sign of a movement (I understand a lot are moving in Sweden) and I also had Willow Tits (granmeis) in a couple of places that seemed to show birds are on the move as I have suspected quite a few times before this autumn without there being any pattern of records from other observers to support this.

My pictures are of dubious quality mainly due to the light although I am also beginning to suspect some sort of problem with the camera or lens. 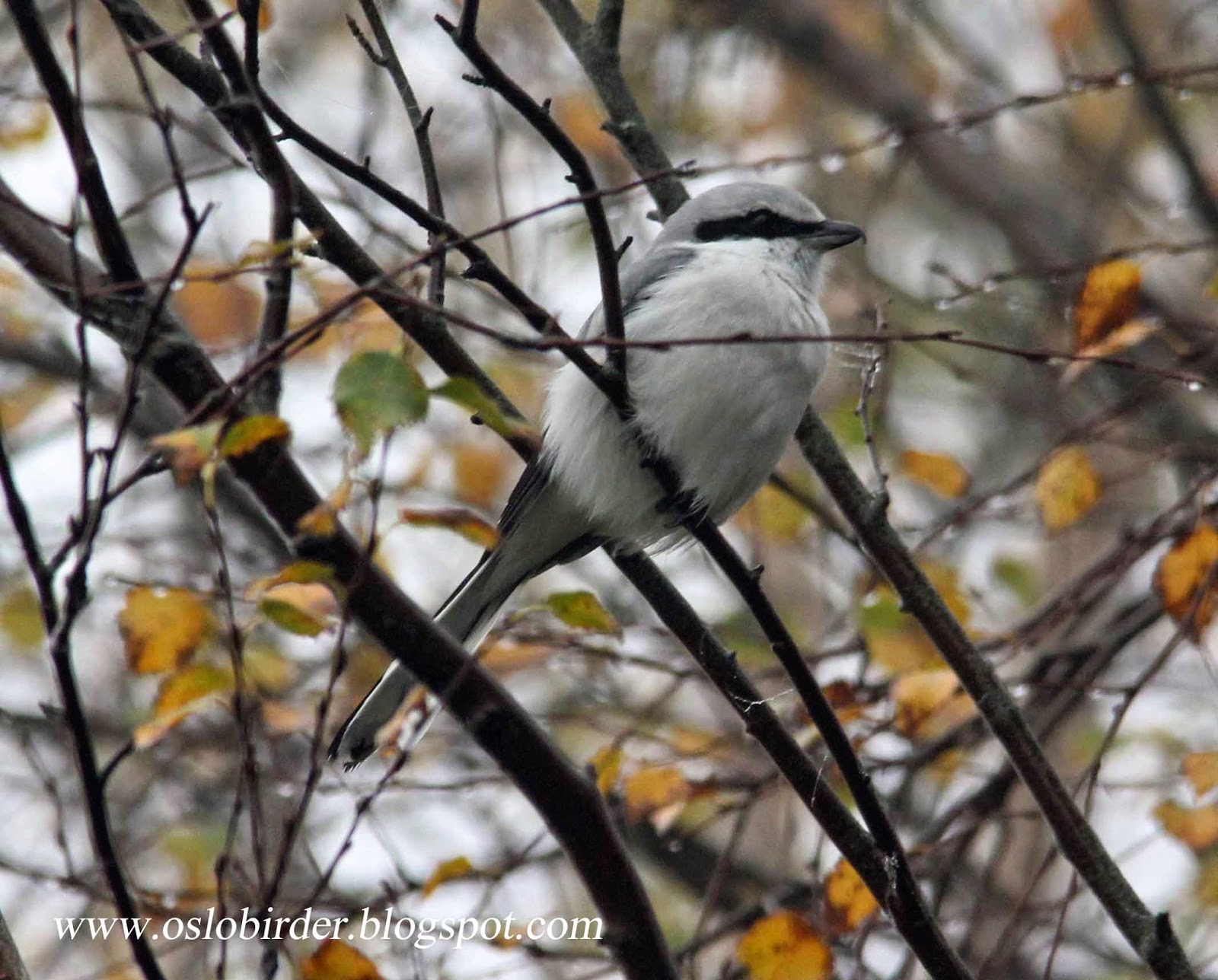