Windy and damp again today. The winds continue to be from the east so are not good for seabirds – at this time of the year we hope for southerly winds to blow birds up the Oslofjord – but tomorrow they will turn to the south although will probably not blow long enough to push anything too interesting far up the fjord. I’ll give it a go though probably from Krokstrand.

I kept things local again and paid Østensjøvannet a visit. There are still lots of birds here with geese especially finding lots of water weeds to feed on. There were at least 1000 waterfowl to be seen with 400 Greylag (grågås), 200 Barnacle Geese (hvitkinngås) and 190+ Coot (sothøne) the most numerous. Some quality birds to be seen aswell. A Little Grebe (dvergdykker) has been reported the last couple of days but today there were two – an adult and a 1cy. The young Pochard (taffeland) is still hanging on, a Water Rail (vannrikse) called from under the bird hide and 2 Pintail (stjertand) were on the water.

Maridalen had few birds but two Common Scoter (svartand) on the lake were for once close to land and were also actively feeding. 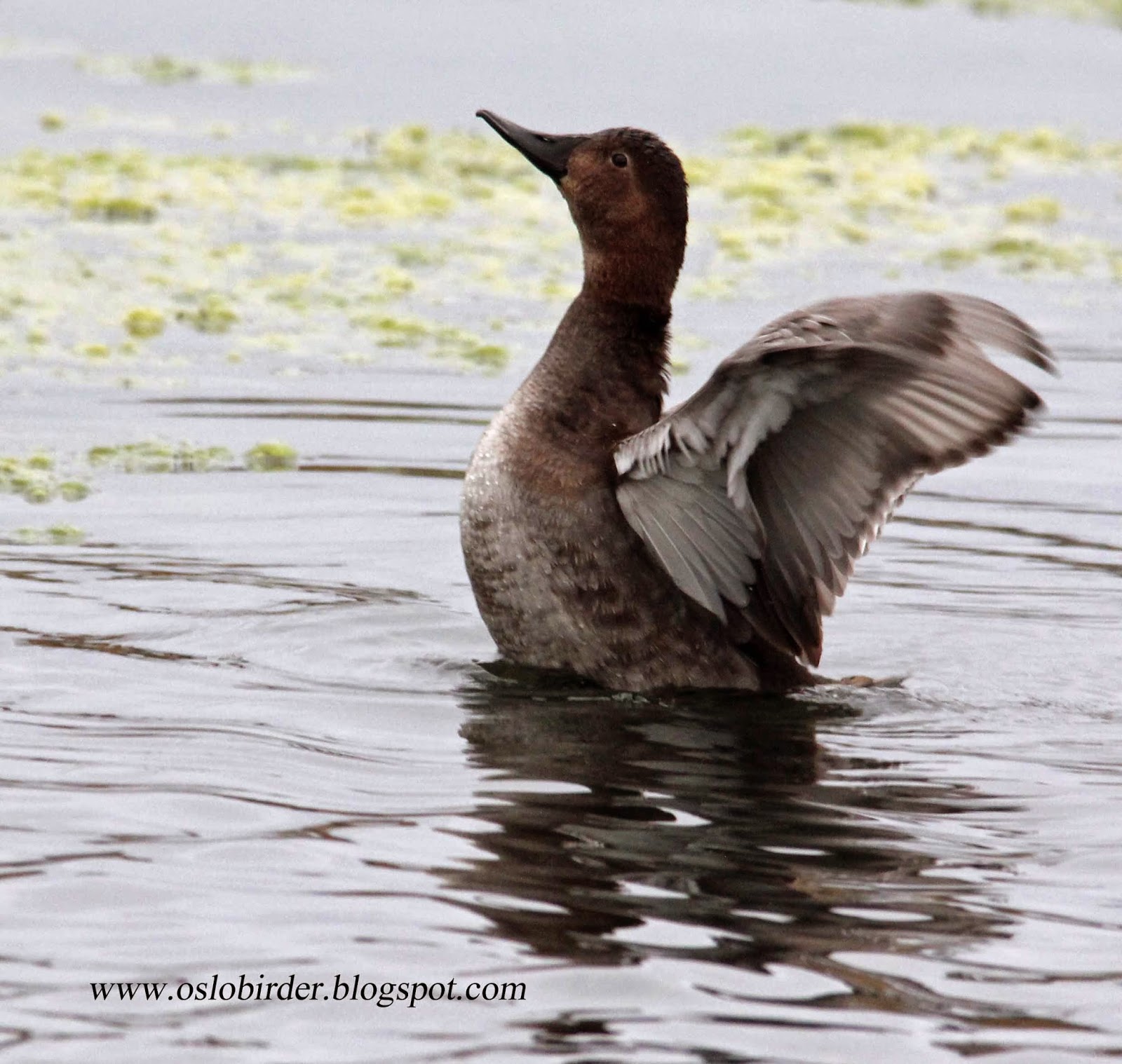