A day of four chapters all of which unfolded under a blue sky – something I could get used to!
I started off by seeing if the Woodlarks (trelerke) at Akershus’s one known locality were back but despite it being windless and ideal listening conditions I couldn’t locate any although a couple of Skylarks (sanglerke) did fly over.
Chapter two concerned the Bean Geese. I drove in from the north and first checked out the field where they were yesterday. Here there were exactly 50 birds of which five were neck ringed (and four of these I had read yesterday). These birds flew south whilst I watched them and an hour later I picked them up on the river. Where the other birds are will hopefully be revealed in the next update of the migration map as they were not on the fields at Horgen.

Chapter three was set in Maridalen where an otherwise uneventful walk around the stubble fields at Kirkeby was enlivened by a confiding pair of Snow Buntings (snøspurv).

And the final chapter came when I took the girls to look for Beavers in the evening. We failed on this score but heard the splash and saw the ripples of a frog (although it must be said not the actual creature itself) at a favoured pond – again an incredibly early record. 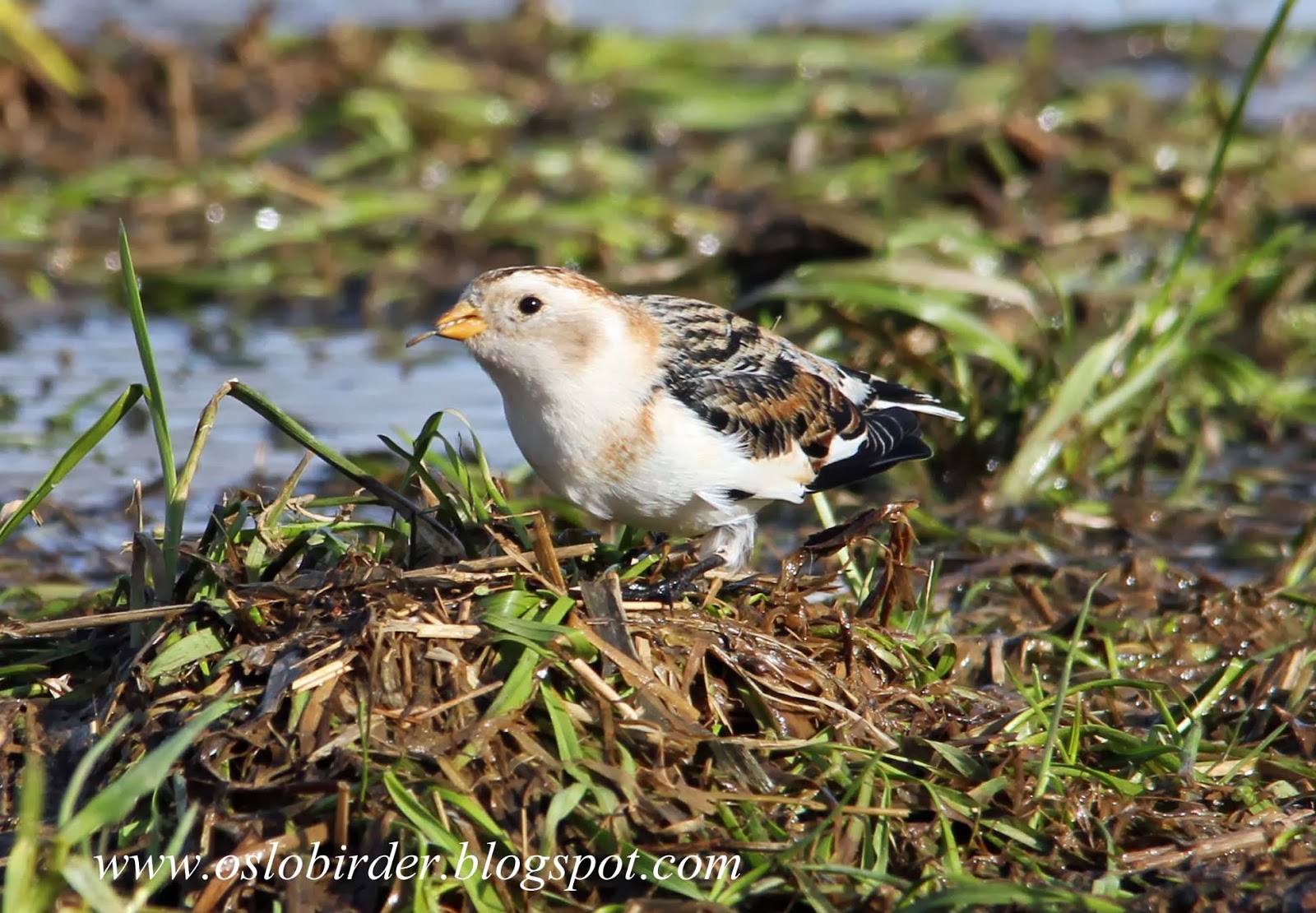 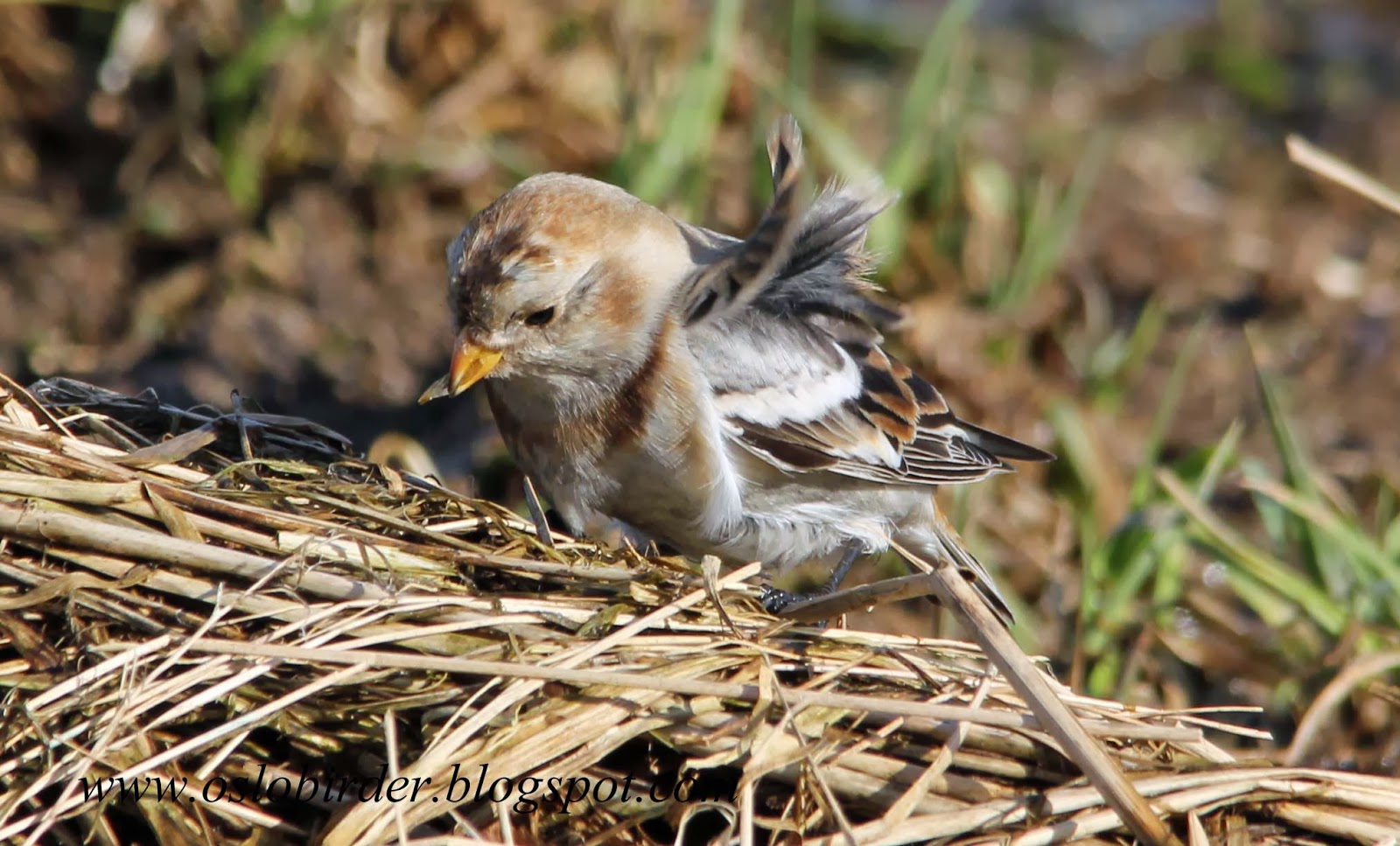 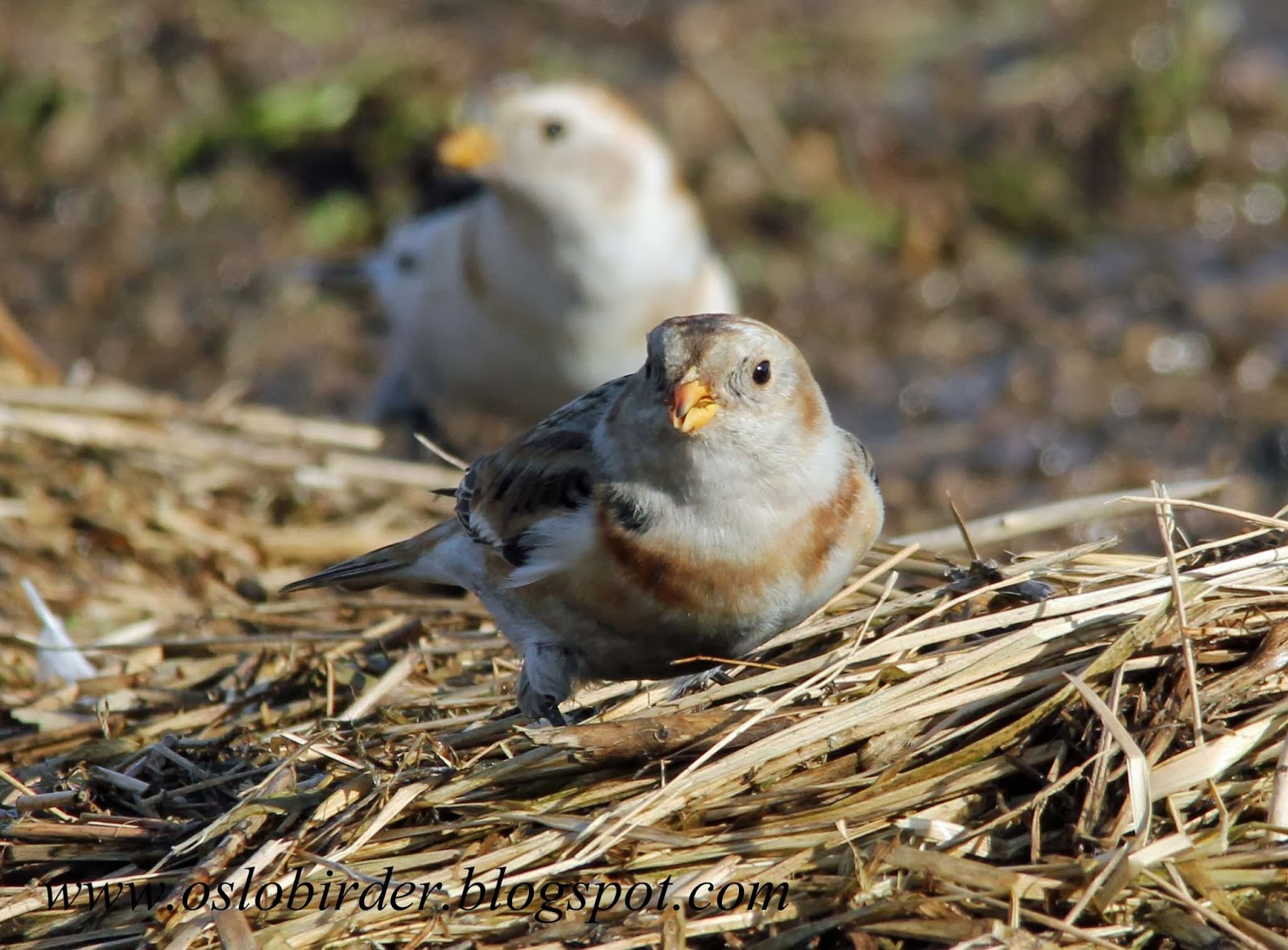 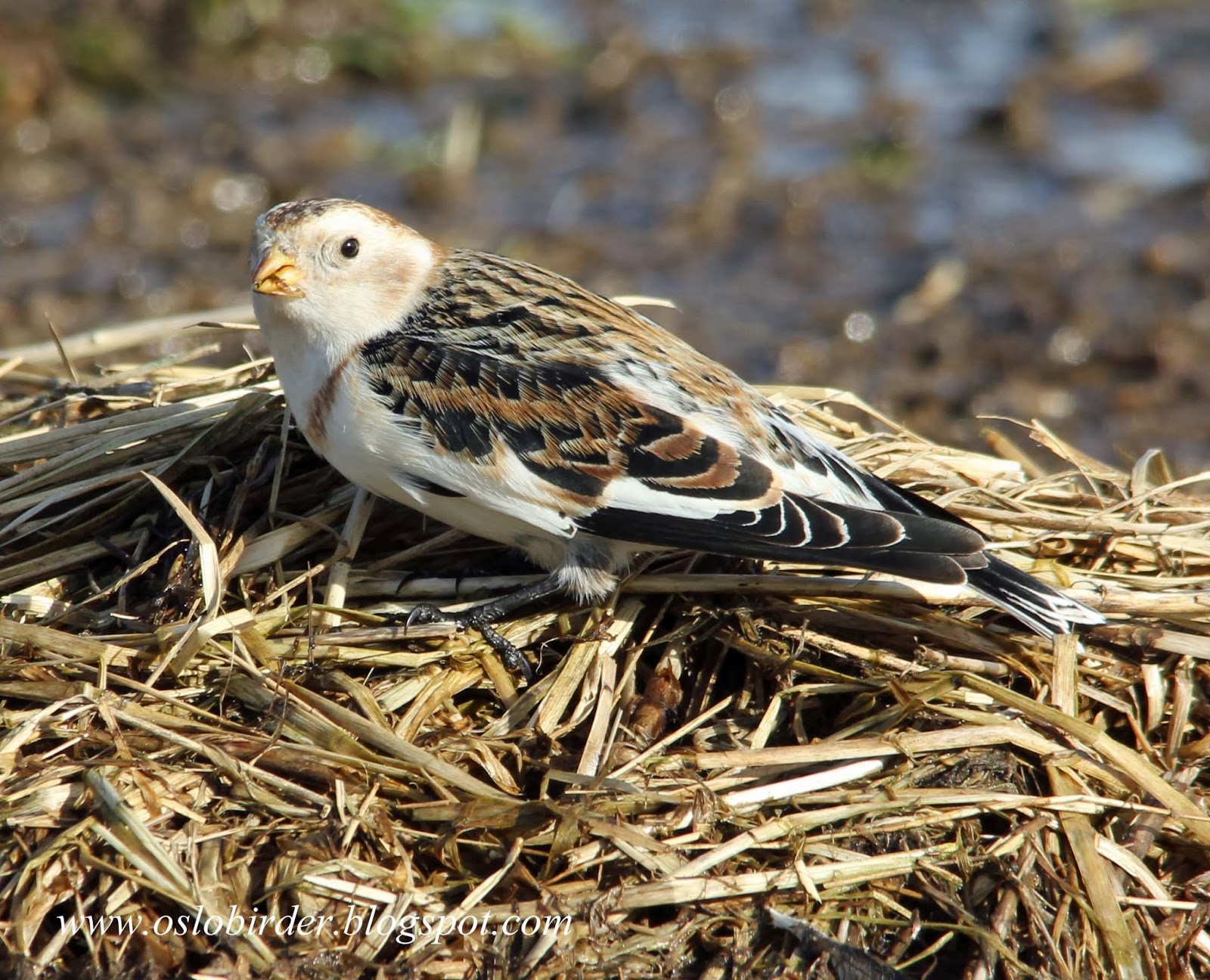 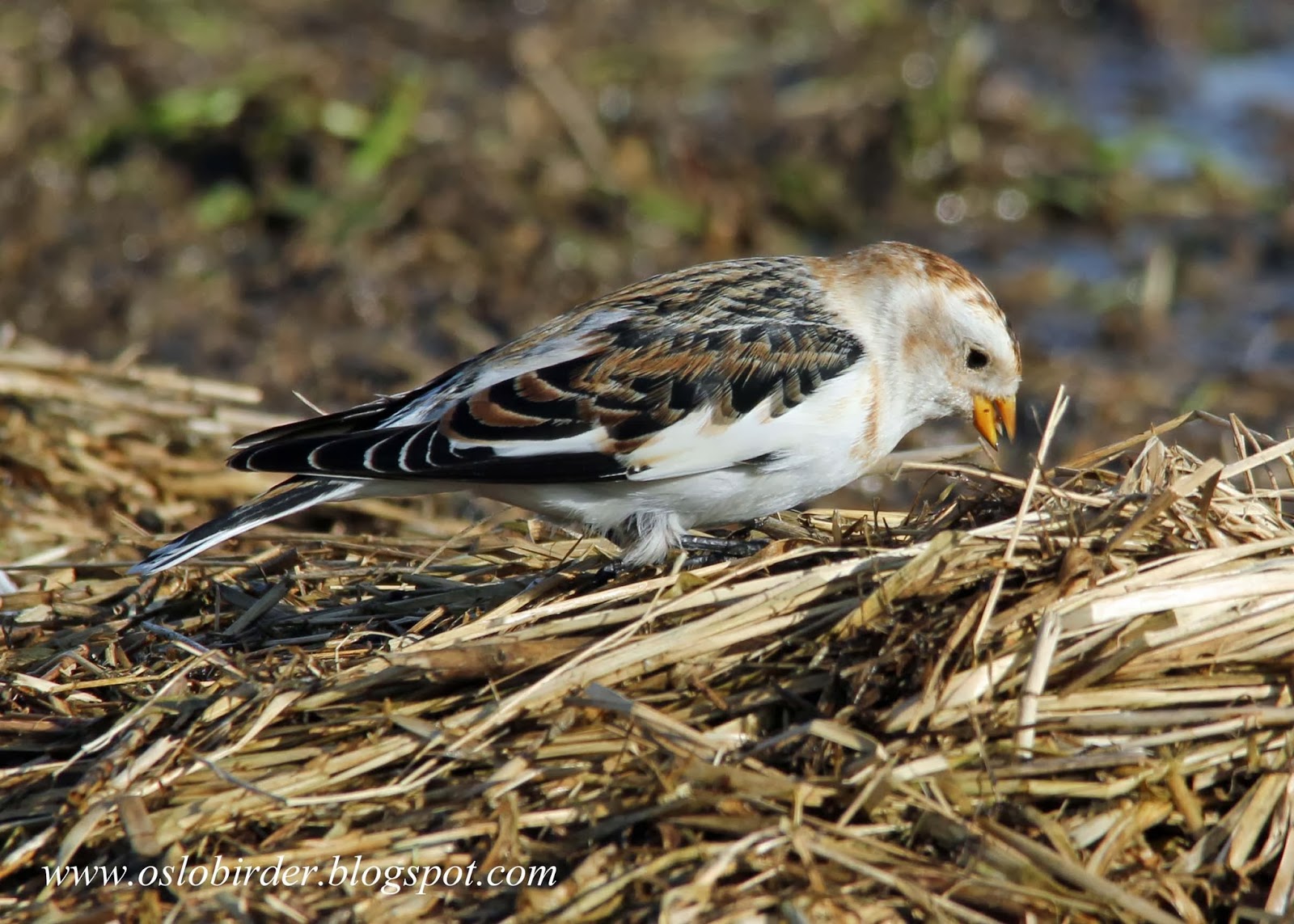 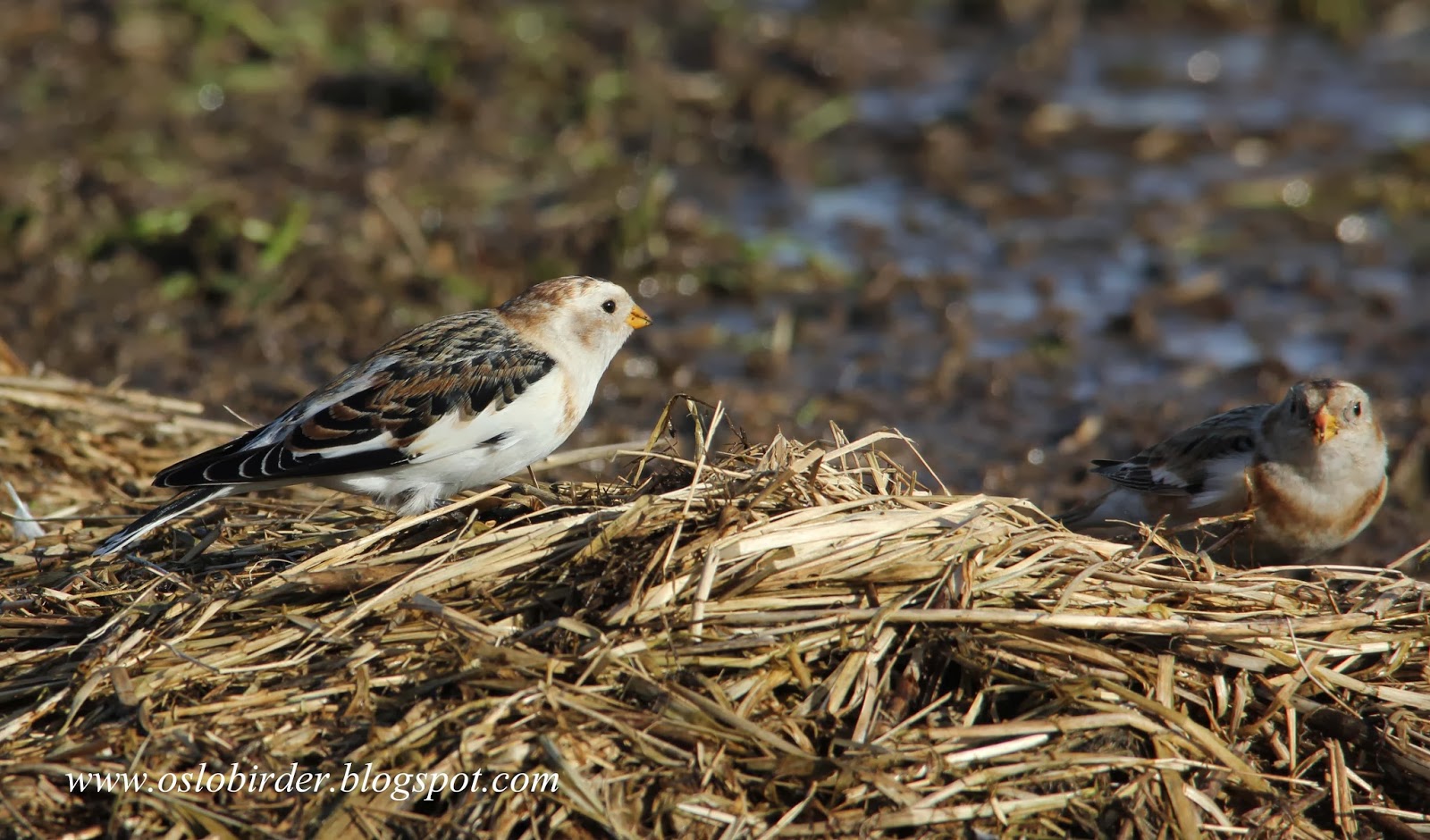 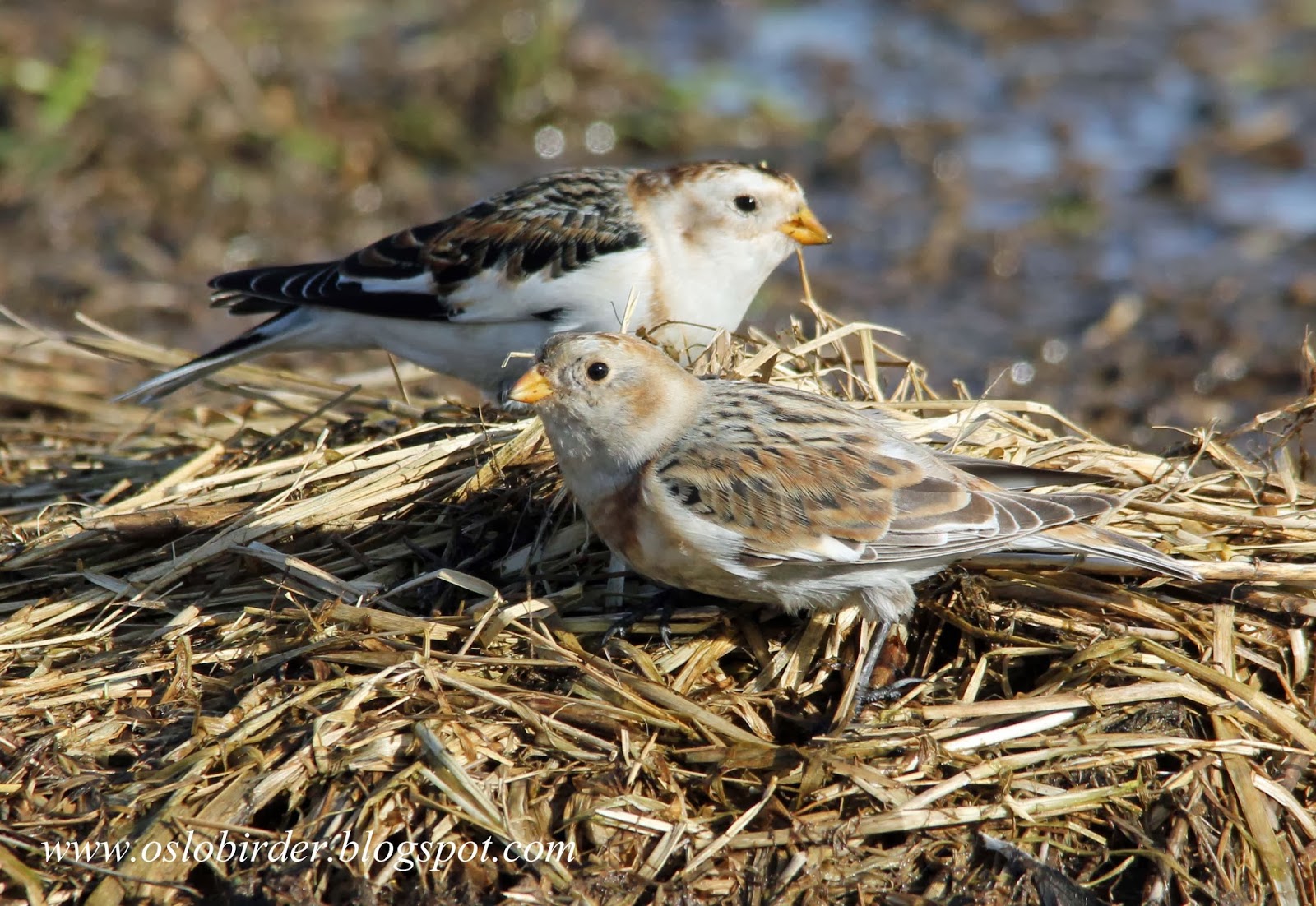