Ignore the Blue Tits at your peril

Far too little cloud (and lots of quite pleasant blue sky and sun) coupled with a slight wind from the north meant that today was not going to be good for much other than taking some photos of commoner species and maybe a raptor or two and that is exactly what today delivered.

I started at Fornebu where I hoped to see if the Bearded Tits (skjeggmeis) were still present but failed to find any and the lack of recent records strongly suggests they have moved on. There was precious little else but I did have my first Linnet (tornirisk) of the year and a couple of Twite (bergirisk). I also had my first Song Thrush (måltrost) of the year doing what its name suggests it should to do. It took me a while to tune in and realised what I was listening to – it is a fantastic song!

A message from Per B that he was coming in to give Maridalen his first visit of 2014 persuaded me to drop Fornebu (not that much persuading was needed) and head to the local (patch that is). Here a pair of Long-tailed Tits (stjertmeis) were extremely cooperative and the light was probably the best I’ve had to take pictures of this species. They came very close but it is SOOOOOOO difficult taking pictures of these beauties. I had the camera on 1/800 sec but that is clearly not enough as they are moving all the time and some of the best motifs are when they are flying which just ended up being blurred – something to work on at a later date.  Then when they sit still for more than a nano second and you do get a sharp picture there is a twig in the way... 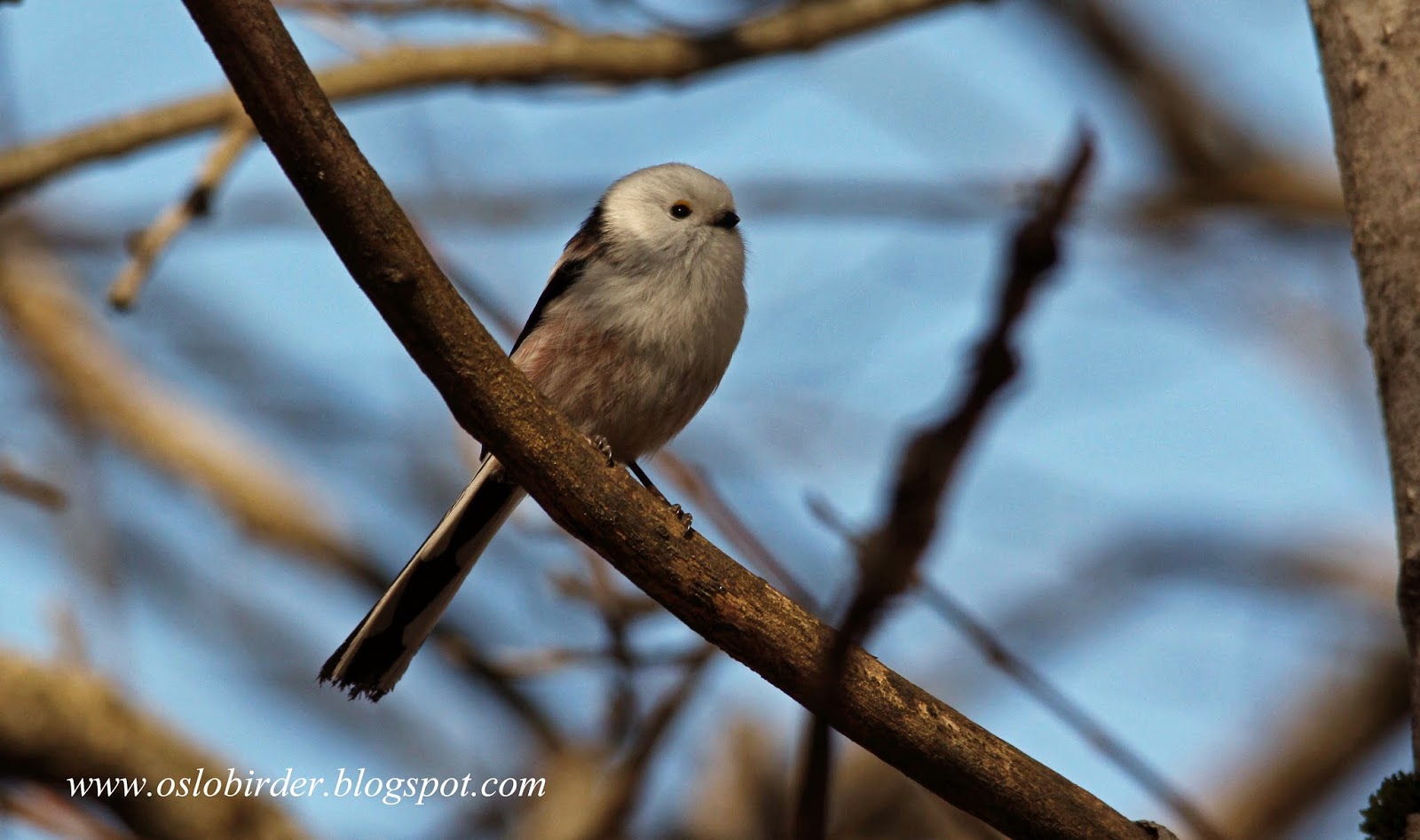 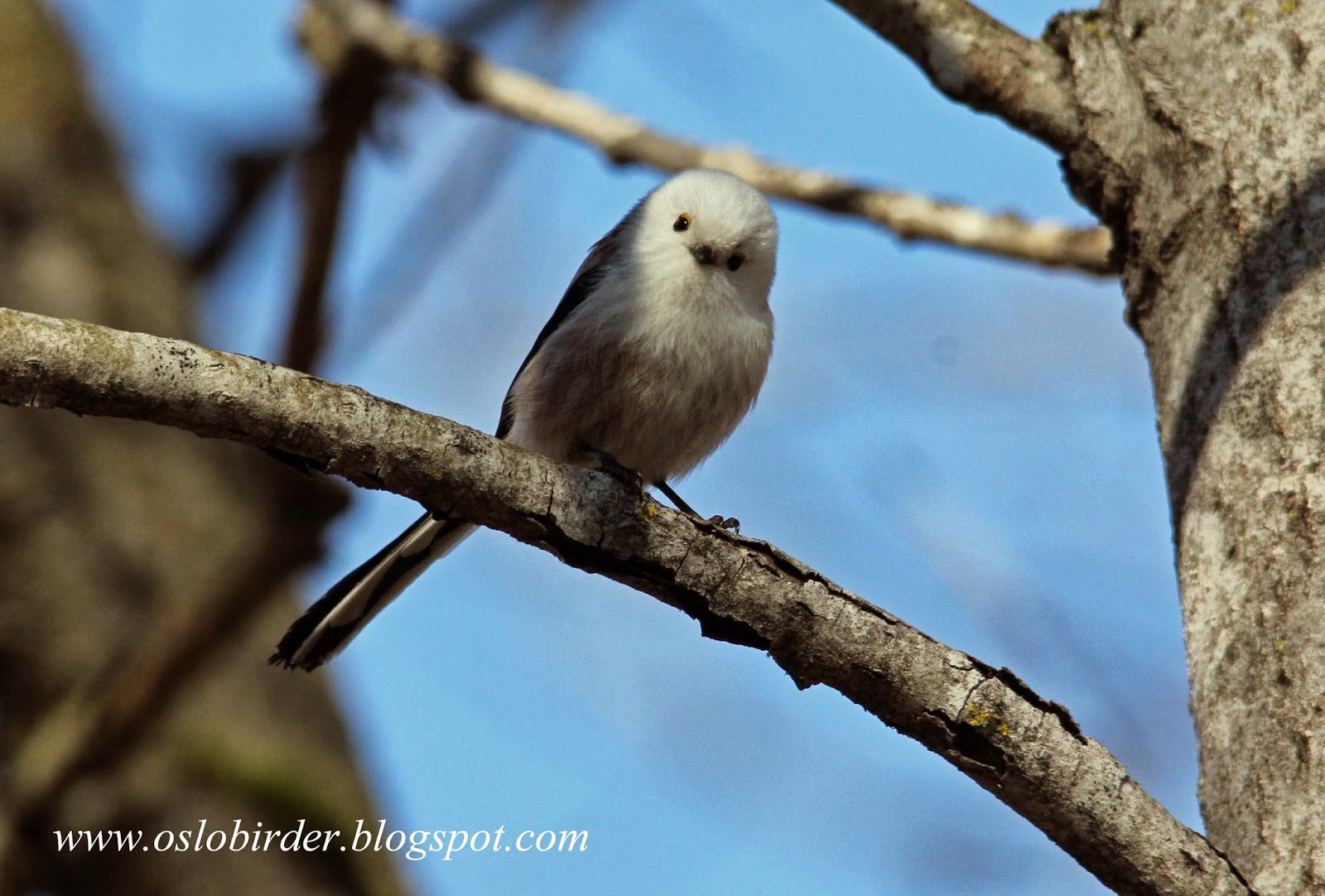 I positioned myself at Kirkeby thinking Per was still on his way and scanned for raptors, and scanned for raptors and did a bit more of the same without seeing anything. Then a Blue Tit (blåmeis) started giving an alarm call and I scanned the sky directly above. A fast moving raptor looked like a Sparrowhawk (spurvehauk) but once the bins were raised metamorphosised into a Golden Eagle (kongeørn)!!! A young bird it was heading purposefully NW but eventually started thermalling over a distant hillside where it showed for over 5 minutes and just long enough for Per (who was actually already in Maridalen) to arrive and see it.
After this we had a couple of Buzzards (musvåk) and three Sparrowhawks heading over plus seven Pink-footed Geese (kortnebbgås) heading north. A flock of over 40 Snow Buntings (snøspurv) flew past (probably having been feeding unseen on a nearby field) and allowed me to take a picture but Per somehow couldn’t get on to them.