Here are a selection of photos from yesterday.

First though some fascinating news that Thomas has discovered from the Swedish bird resporting system Svalan. Tag 06 which flew from Denmark on Friday but missed its target in Aksershus was seen yesterday in Sweden and was not reported with any other Bean Geese - looks like he migrated alone which perhaps explains why he has been in Denmark so long and why he couldn't find his way. He was also much further south than the last plot we got from him in the moring so he has turned round  and flown south - clearly a very confused bird!
Additionally Thomas saw a report of a flock of 110 birds which had 3 neck collared birds and the two rings that were read show these to have been ringed in October 2013 in Scotland but not seen since. This is again new behaviour from this flock. Last year everything suggested the whole flock staged in Akershus but this year a good number seem to be in Sweden. Also we have 150 in Akershus plus 110 in Sweden but only 230 were counted in Scotland this winter - where do the other birds come from?? 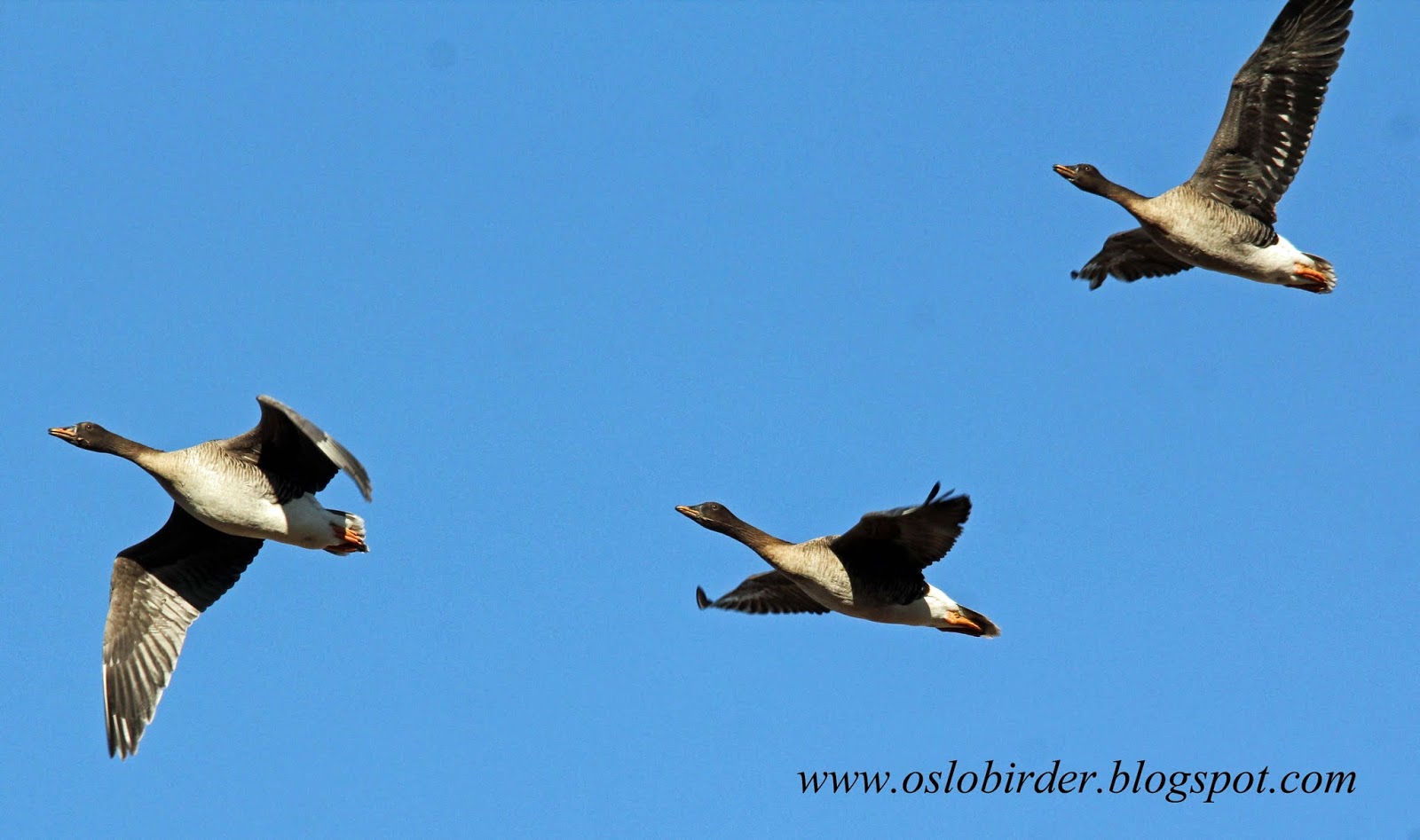 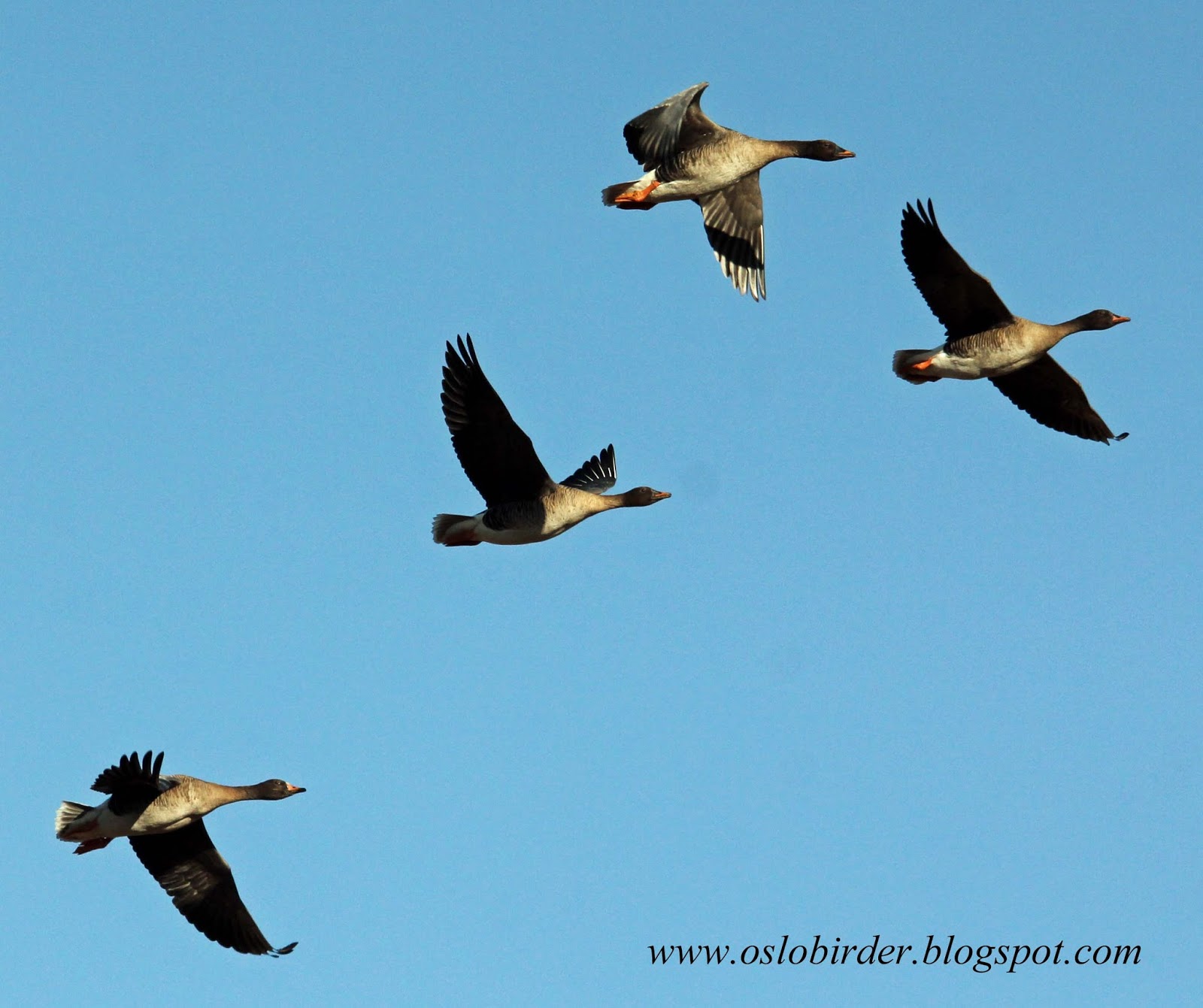