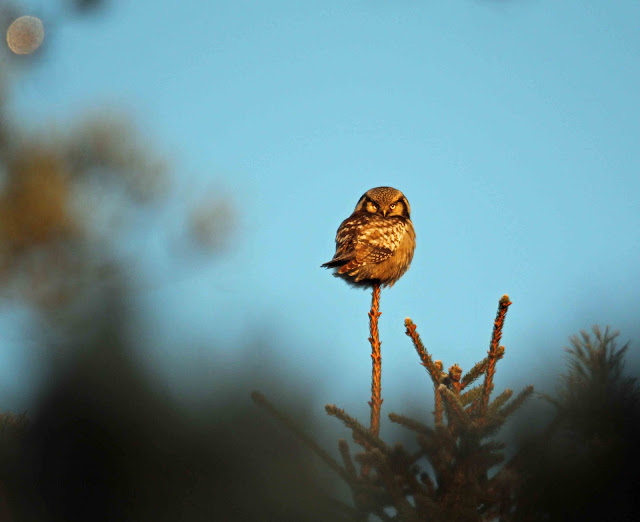 Anyone know where they hold meetings of Hawk Owloholics Anonymous? I couldn’t resist going for my 7th different Hawk Owl of the year today (and 11th separate encounter). Given that I had to wait until last year to see my first in Norway this just shows how exceptional this year’s invasion is. Today’s bird was also my first in Akershus taking my county year list to 199 species – hopefully I will get at least one more in the next 27 days.
Today’s bird was on Nesodden and has been around since at least July (and possibly April) although is only occasionally reported. I have tried once before but didn’t manage to find it. This time there was no problem with the bird sitting in typical style on top of a tree beside a busy road. At 10am it was bathed in a rich early morning light from a sun that had just come above the horizon although as it was sitting on such a high tree it was a bit difficult to properly admire. 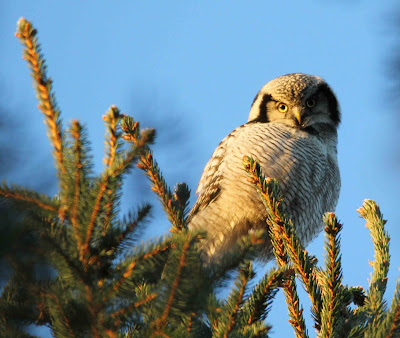 In Maridalen I was wrong about the lake being completely frozen today and I was also wrong thinking that the Whooper Swans had moved on. There were still 14 upending in the freezing conditions today and obviously finding enough food.
Lagt inn av rixy kl. 14:55