Friday was a good day and one which resulted in far too many photos being taken and far too much time spent in front of the PC going through and editing them. I had close encounters with the Purple Sandpipers at Huk, Bygdøy and a Smew at Østensjøvannet. The number of photos means I will have a separate post for each encounter starting with the Sandpipers.

There were seven of them and I had them on the mainland which meant being able to see them at point blank range but the party ended when the swell from a passing cruie boat pushed them off and nearly soaked me.

OB Jr who has a really good eye for photography has helped me in the editigin and cropping of the photos which I think is clear to see as they are an improvement on my original attempts. 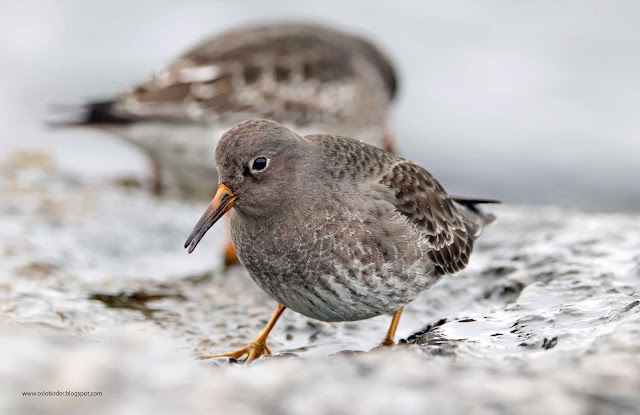 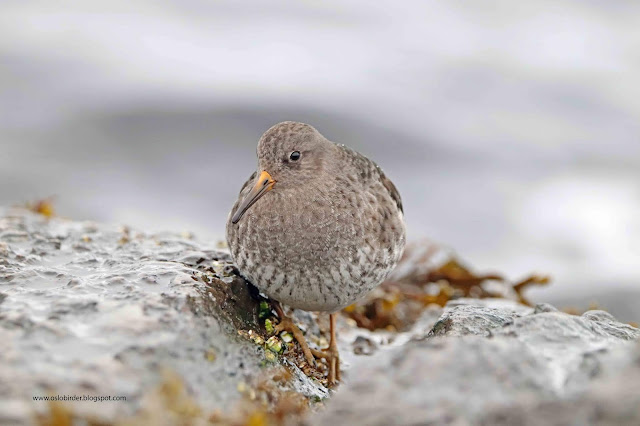 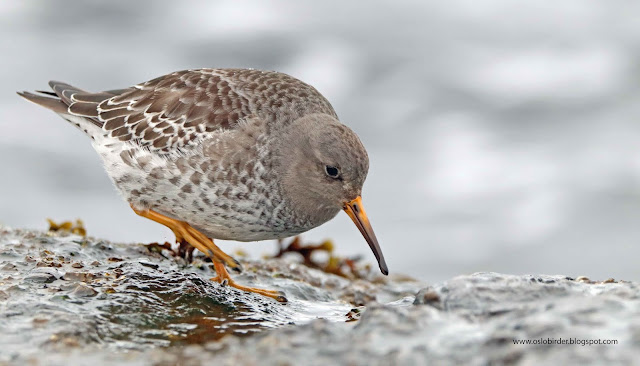 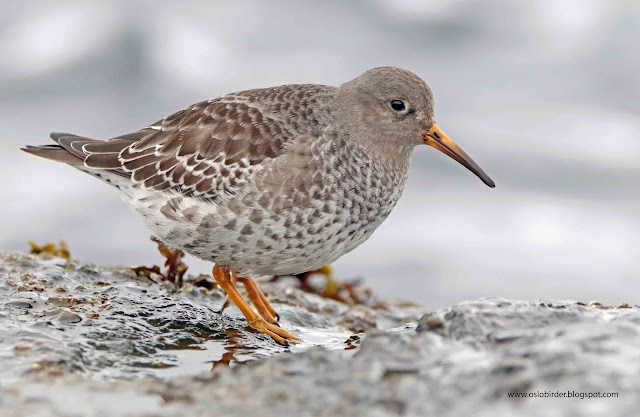 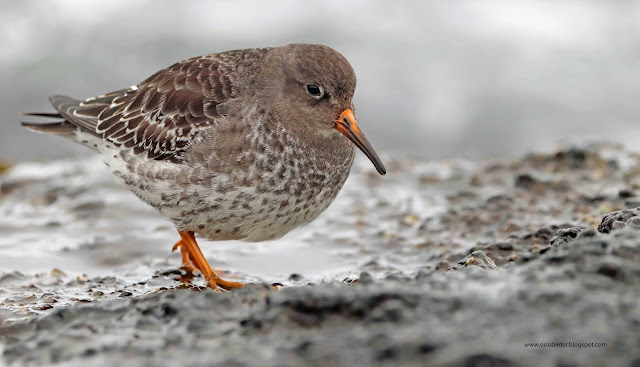 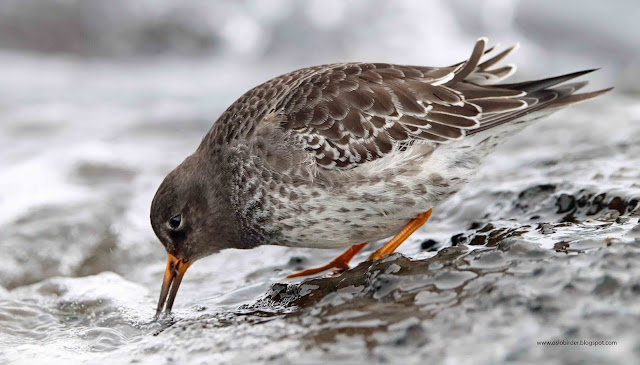 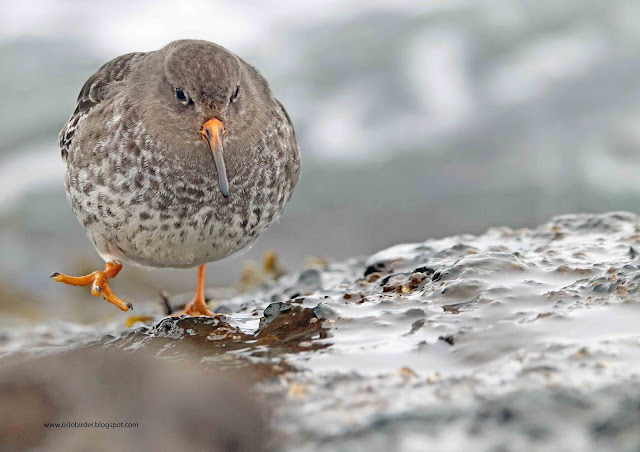