I awoke just before 9 this morning and a check of my phone revealed a load of bird messages. Andreas was on his boat and seeing lots of nice things. A great Skua eating a Herring Gull off the bow of his boat at least provided the answer to the ID of a skua reported by a number of people over the last couple of days. He also had Gannet and Fulmar in Oslo territorial waters and the King Eider was still present. This was a bit too much as it offered two Oslo ticks, so I headed off (although had to first reassemble all my optics which were already ready for the Værøy trip).

My first destination was the museums at Bygdøy where I was early enough to park where I shouldn’t park and have a very short walk to a good vantage point. A flock of 4 Oystercatchers and a Bar-tailed Godwit was a good start (the godwit being most likely the bird I had on Nakkholmen last week and which has been reported on and off from Bygdøy since) and a scan of the fairly calm fjord revealed the Great Skua on water aside a dead gull. Well that was an easy start! It was a bit distant and soon flew a bit and allowed some poor photos. After this I headed for Huk where a juvenile Gannet, and my second Oslo tick in the course of 10 minutes was sitting on the sea. A further scan revealed that the reported Fulmar was now eating the dead gull that the skua had previously been on and my twitching could be classified as a resounding success!

Things got even better though as Anders BS reported a Yellow-browed Warbler from Fornebu and I discovered that it only takes 10 minutes to drive there. And after a couple of minutes wait I heard and then more importantly saw the bird. I’ve never experienced twitching like this before 😊

Fornebu was very birdy with lots of Linnets, Skylarks, Meadow Pipits and Reed Buntings plus Wheatear, Whinchat and Long-tailed Tits in the course of under a half hour and I’m sure there was more lurking out there.

My next update will be from Værøy. Over & out. 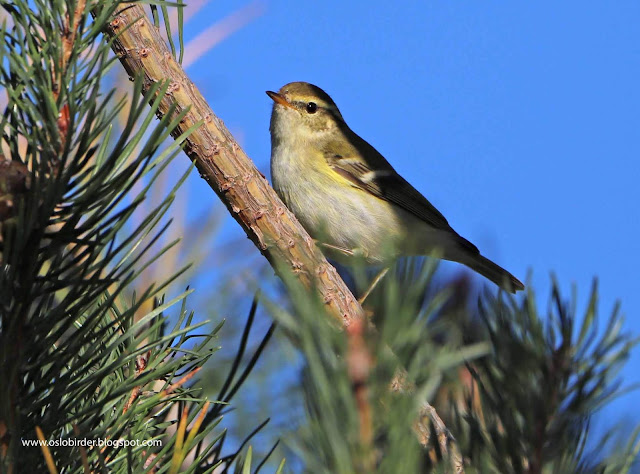 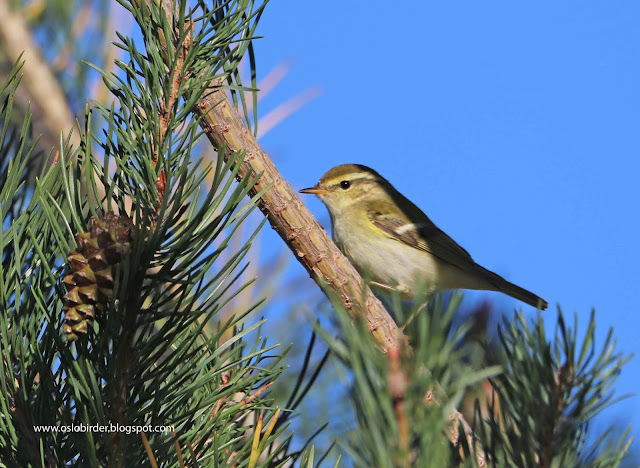 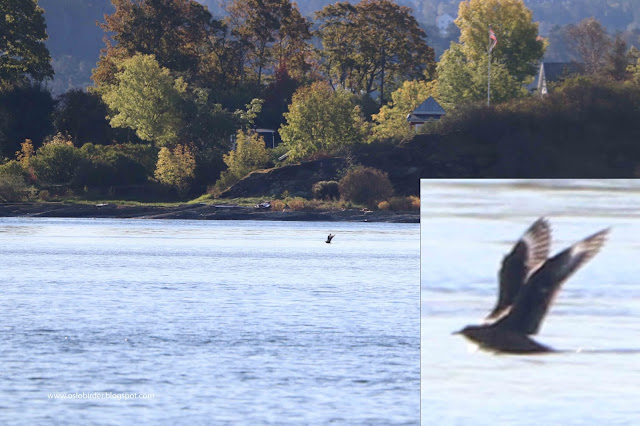