Seawatching, or at least the form of it that I occasionally engage in, must be a sign of madness. You sit there for hours on end, getting cold, staring at the sea, staring at more sea, drinking some coffee to stay awake and warm and if you are lucky you see a couple of seabirds. Such was it today when strong southerly winds had me scurrying to Krokstrand early in the morning where I found Øyvind H and Jerry S were already staring through their scopes at…….a birdless sea….

There was wind though and white tops to the waves so hope lived on. Three and half hours of watching though gave only 3 Fulmars, 15 or so Guillemots going in both directions and strangest of all a young Hobby flying south, into the wind, in the middle of the fjord only a couple of metres over the water. At one stage I had the Hobby and a Fulmar in the same scope view which cannot have been seen by many others before.

One of the Fulmars stayed in the area all the time and was often sitting on the water. This was a sure sign that the bird was weak (possibly with a stomach full of plastic) and at one stage we had it over the water only 15 or so metres from us. I can’t remember having seen a Fulmar so close before but despite this intimacy I really struggled to get sharp and well exposed pictures – I still have to get used to the new camera and which settings I need to use. 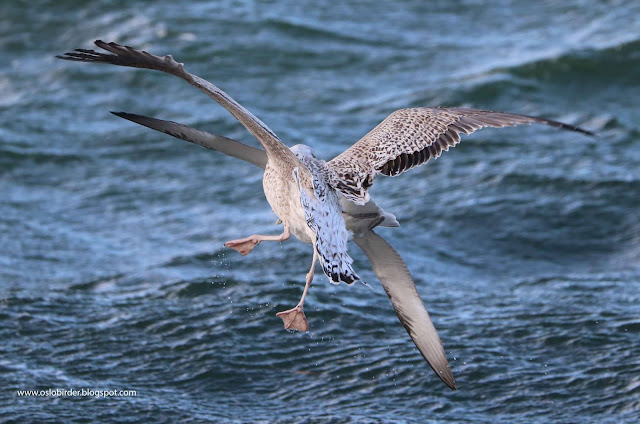 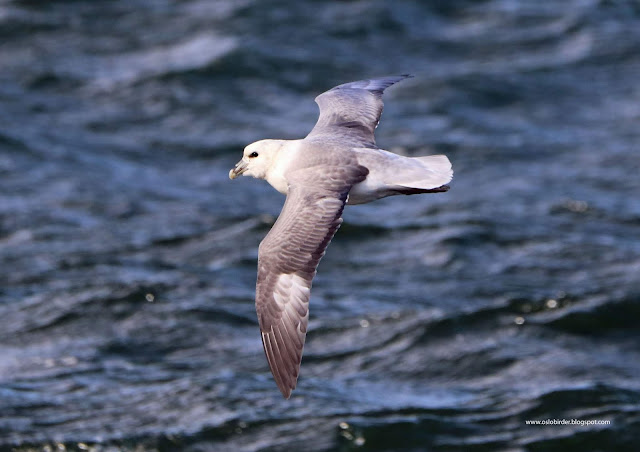 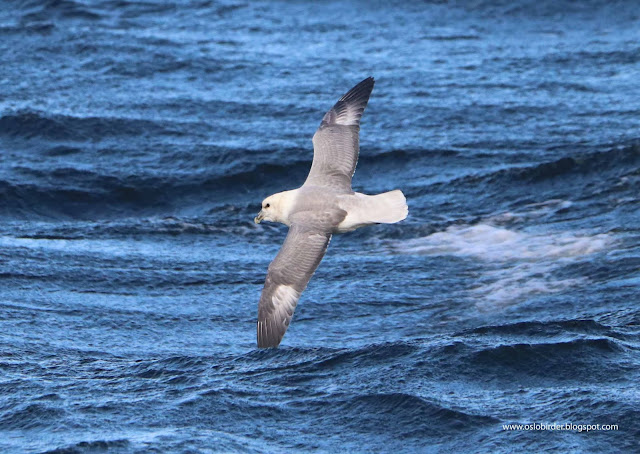 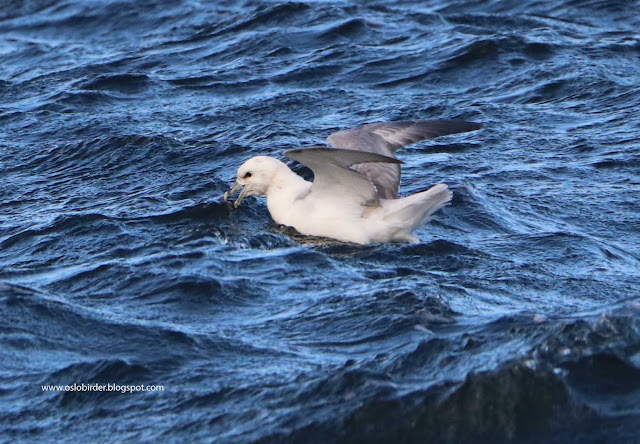 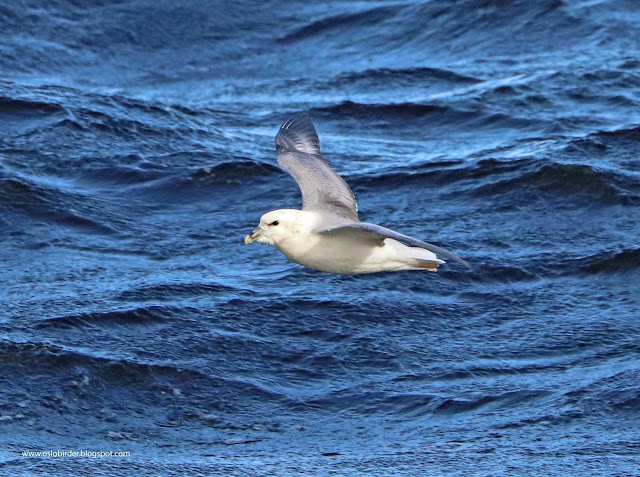 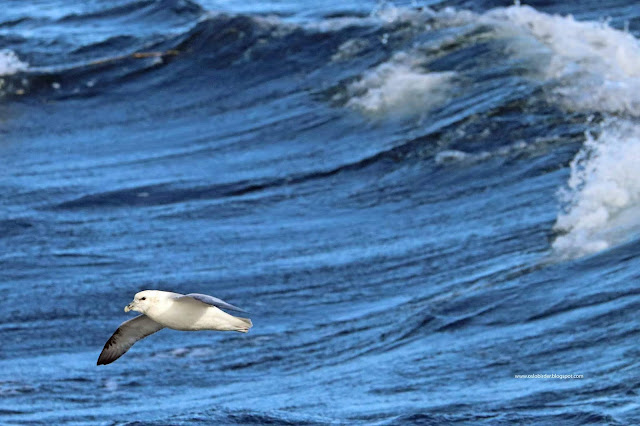 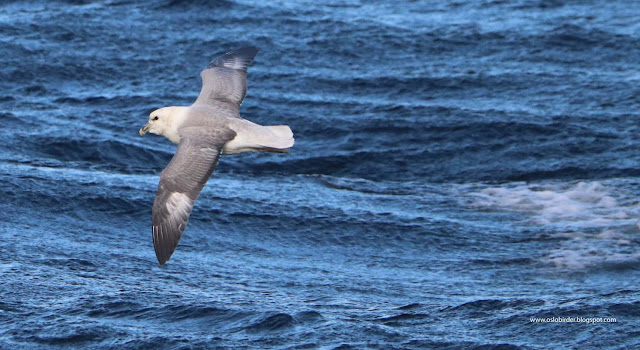 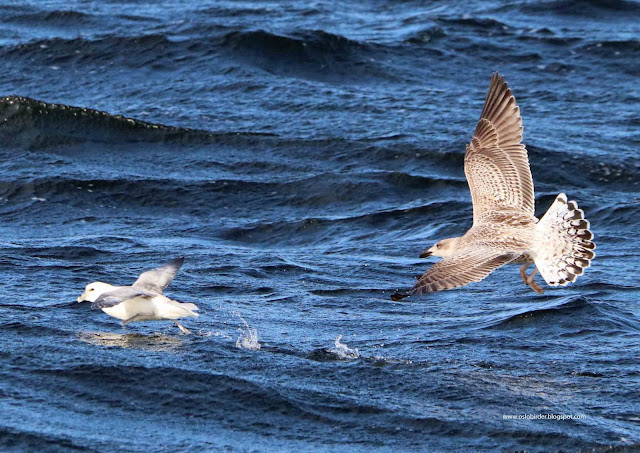