The Bazooka is dead, long live the bazooka!

My Sigma 150-500mm which has served me well for 6 years or so was on its last legs (optical stabiliser broken and the zoom locked on 150mm) so instead of a costly repair I decided to upgrade. The Canon 550D which is even older is still working fine but is so outdated that it too deserved an upgrade.

I like to keep with what I know so the new lens is a Sigma 150-600mm and the camera a Canon 77D. Both of these are relatively cheap but will offer a major improvement on my previous (not too bad) photographic endeavours.

From my first use I can see that autofocus is much faster, the lens is sharp at lower f stops meaning I can use much faster shutter speed and the exposure is significantly better. So, all in all it looks like I have chosen well whilst keeping within the budget of a poor bird guide :-)

Birding the last two days has seen a (relative) raptor bonanza. Yesterday at Årnestangen I had eight raptors of eight species (so not exactly numerous) and then added an extra species (Honey Buzzard) in Maridalen. Amazingly enough these species did not include Common Buzzard which is the commonest raptor in these parts! I did add Common Buzzard in Maridalen today though (where I had six raptors of five species) so ten species in two days ain't bad going. The species were White-tailed Eagle (a sub ad), Marsh Harrier, Hen Harrier (my first of the autumn), Osprey, Honey Buzzard, Common Buzzard, Peregrine, Kestrel, Sparrowhawk and Goshawk. Even though ten species is very good going there is still a chance for more as Hobby, Merlin and Rough-legged Buzzard should all be possible now and not to mention that Pallid Harrier..

Here are a few pictures taken with the Bazooka II. The light was pretty poor and I still haven’t got the hang of all settings etc but think it is going to be good. 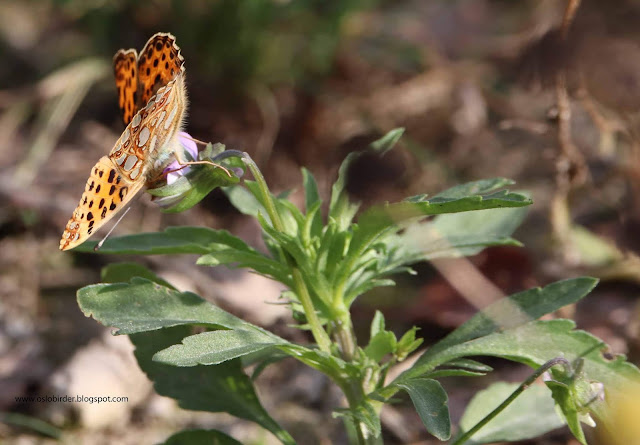