Lots of sea to watch

Yesterday I awoke at 4am and was a headed to Brentetangen in Østfold for some seawatching. I wasn't the only one who thought that would be a good idea but unfortunately the birds did not have the same idea. In the course of an hour and a half 99 Common Scoter and only 5 Red-throated Divers were the highlight although singing Wood Warbler, Redstart and Lesser Whitethroat serenaded us. A number of crossbill sp were also flying over and calling at height signally post breeding dispersal is already happening.

After this Kurefjorden was disappointing for waders but 4 female Ruff were a reminder of what I would have been looking for at Svellet now if the water levels were not so high. A singing Wryneck was my first of the year of a species which has hardly arrived in any numbers yet.

After this I took the long route home via Hellesjøvannet where a booming Bittern had been discovered the previous day. The middle of the day is not optimal for hearing this species so I was quite happy with a single "boom" or "tut" as they say in Norwegian. The breeding pair of Marsh Harriers were on show most of the time. The very characteristic dark female was in the air nearly all the time and often flying slowly around with her feet dangling. She was clearly waiting for the male to come with food and was probably ready to mate but the two times the male showed us he had nothing to give her and her disappointment was palpable.
A couple of Water Rails were calling and one showed well and this time I managed to press the record button on the camera and capture some action 😃 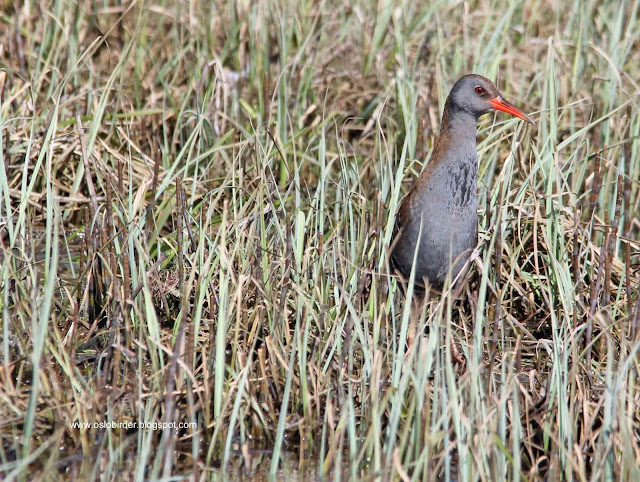 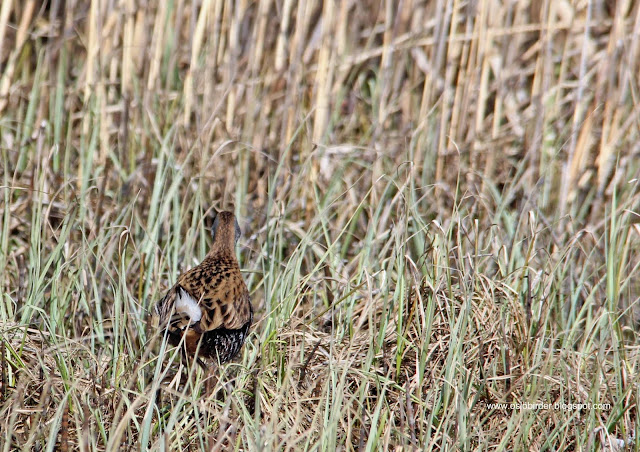 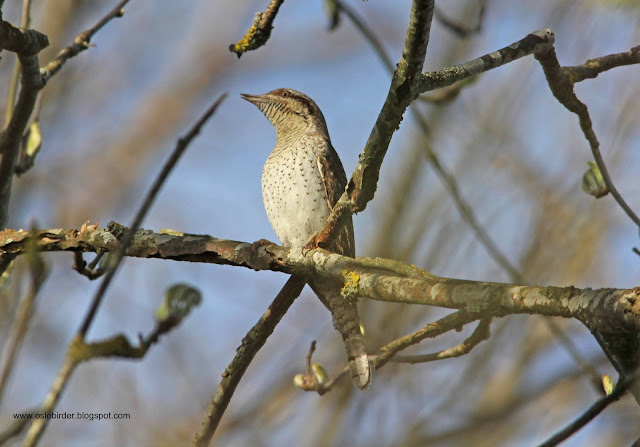