Easter birding is my absolute favourite. I get to wake up really early and have 4 hours or so in Maridalen before coming home for breakfast. Even if there aren’t too many birds to see it is still magical being up so early in the morning. This Easter has offered fantastic weather with sun, no wind and temperatures not falling below zero at night and then warming up to around 20C in the day. I have been at Maridalen every morning from Friday to Monday and also had a very early trip to Svellet on Sunday morning. Beast walking later in the day has taken us to Fornebu, Bygdøy and Maridalen so I have been very happy.

Highlight was not avian but finally getting to watch adders fighting/dancing and mating. This will have to be covered in a later dedicated post as I have so much digital footage to go through. Avian highlights were few and far between as the high pressure just wasn’t conducive to bringing any birds down but Maridalen always provides and a male Lapland Bunting, summer plumaged Slavonian Grebe, Black-throated Divers back on the lake, finding a (the) pair of Three-toed Woodpeckers again, a migrating Hen Harrier and my first Sand Martin, Osprey and Tree Pipit of the year were noteworthy.

The ice began melting in earnest on Sunday 21st and disappeared during the course of Monday so went very quickly.

For other birders in the Oslo area the arrival of a Red-breasted Piece of Plastic at Fornebu created a lot of interest and given that Fornebu is now the clear hotspot for Red-breasted Geese in Norway (this is the third record this decade) and given that it ticked all the boxes for genuine wildness (tame bird, park surroundings and with feral Barnacle Geese) then it will undoubtedly be accepted as so….. Doesn’t quite spark my interest though.

Butterflies have been on the wing with Common Tortoiseshells, Comma, Orange Tip, Brimstone, Green-veined White noted. In the garden a wasp species was biting into buds on a pear tree and in Maridalen there were so many (Honey?) Bees on catkins that we could hear them buzzing.

I have far too many photos to go and might have to come back with an extra Easter posting once I've gone through them all but these are the ones that I've sorted so far. 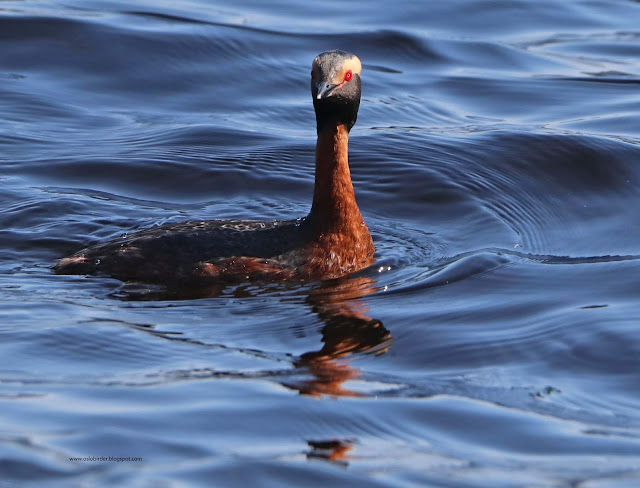 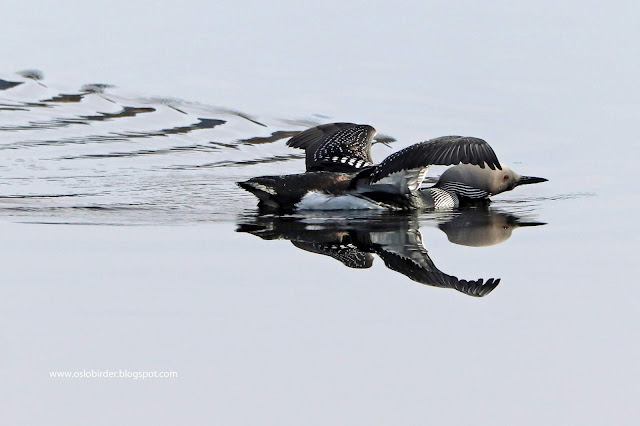 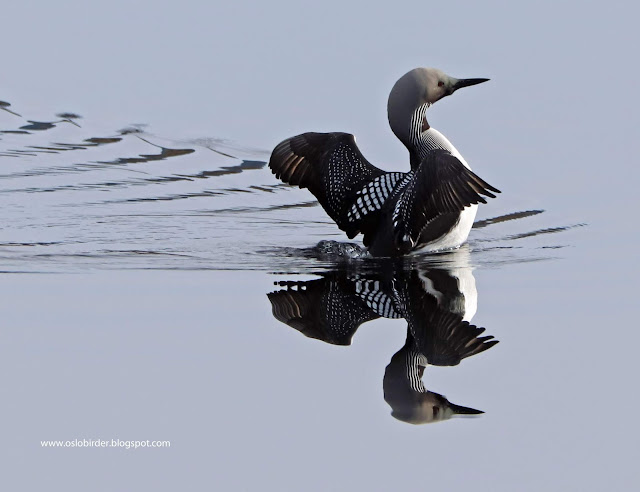 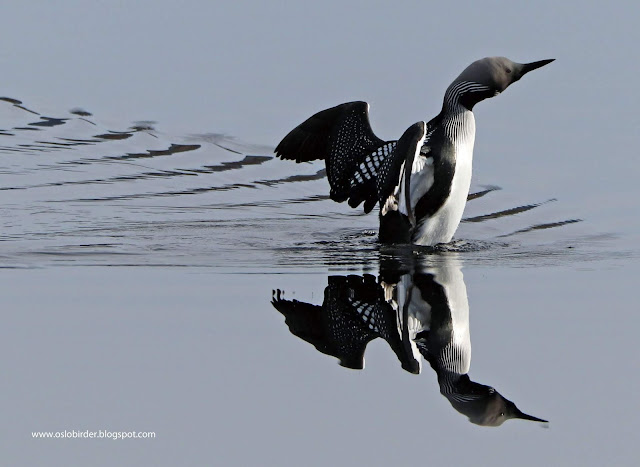 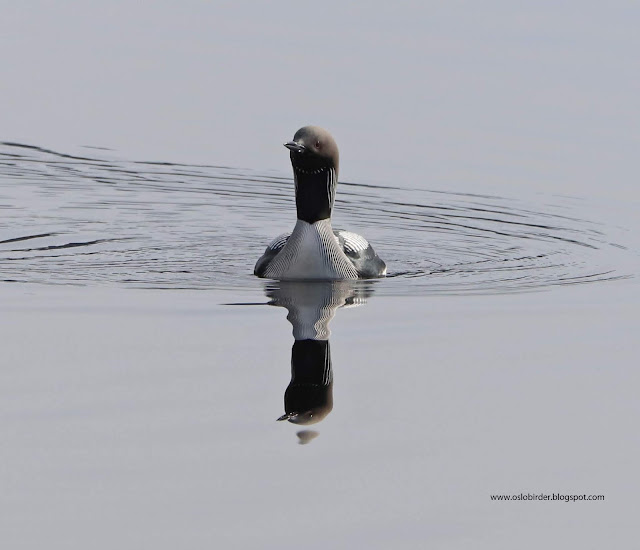 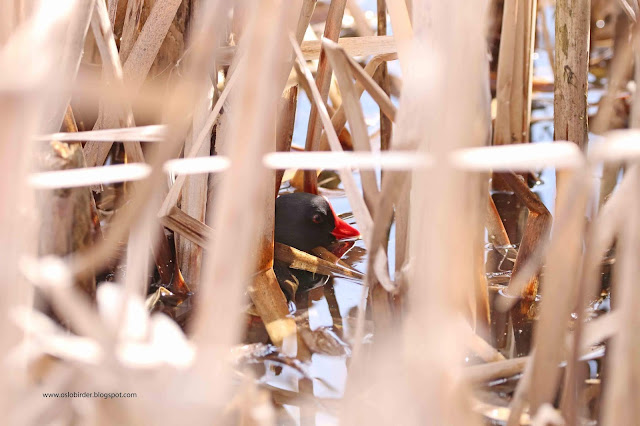