Today was another one of those fantastic winter days we are lucky enough to have in Oslo. Temperatures down to -9C, blue skies, no wind and with a lack of moisture in the air it never felt bitterly cold.

My attempts at birding were moderately successful. Maridalen didn’t provide too much of interest with no owls or shrikes sitting on tree tops but on the lake which is starting to freeze over the two Guillemots were still present and the Marsh Tit is also still going strong.

A trip to Østensjøvannet gave me fantastic close views of a Water Rail that Conor Cunnigham found yesterday. Even though I was close there were nearly always twigs in the way and with beams of sunlight breaching the gloom under the trees and only falling on parts of the bird, photography was a real challenge, but I did manage to get some pictures of the bird which I am happy with. If photographers give the bird some respect and do not push it too much then it could survive and stay the winter.

I made my sixth attempt to locate the Glaucous Gull since Sunday but again failed and when at 13:40 a message came through that it was sitting on a roof top I just didn’t have any remaining enthusiasm to go looking for it. Another message at 3pm that it was down on the ice by the opera gives me hope though that I will, eventually, get to see it and without having to visit that dump again!

The video is best viewed in HD which isn't always the default option: 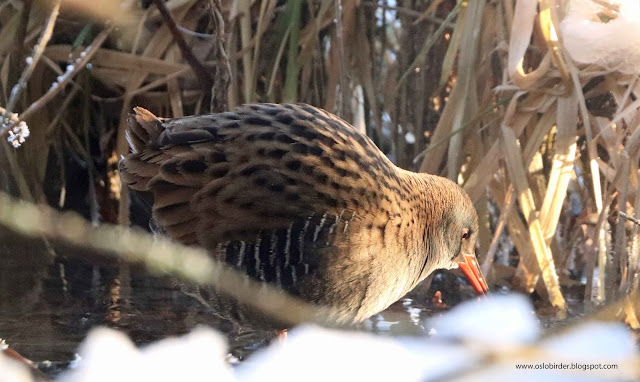 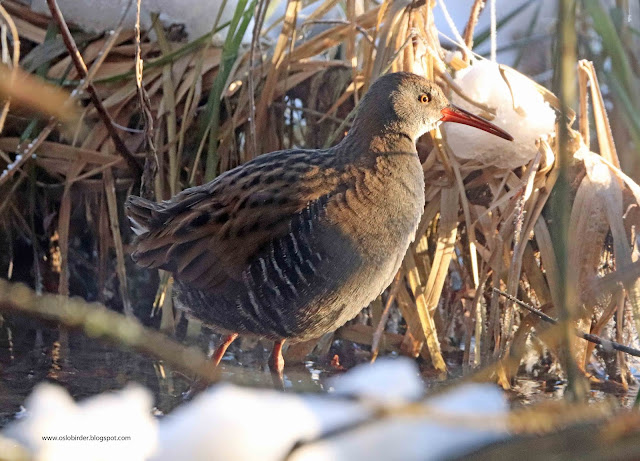 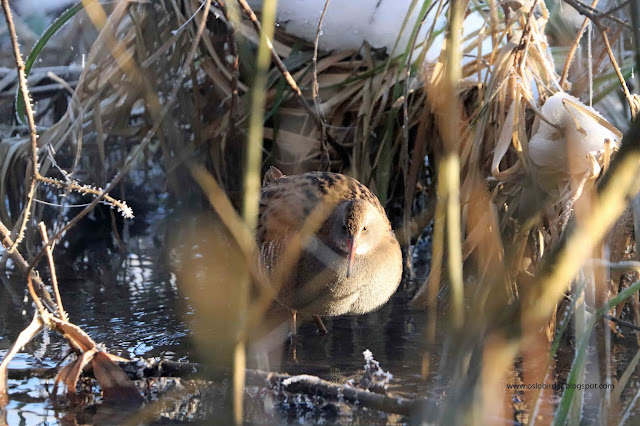 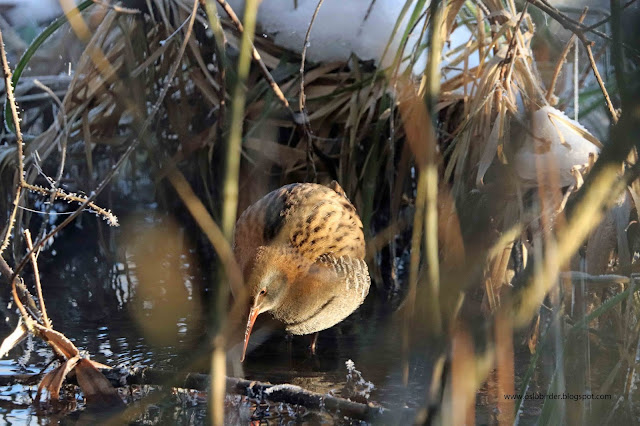 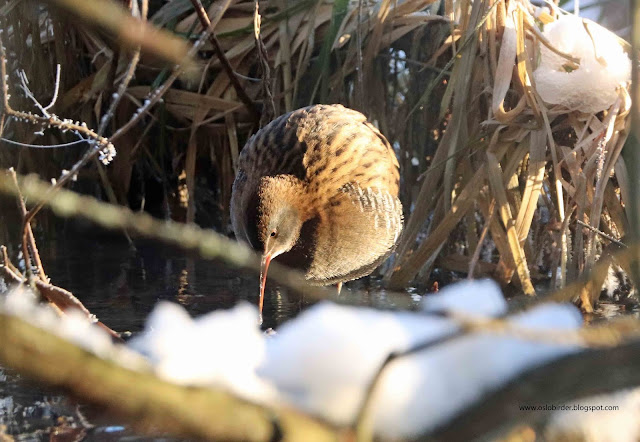 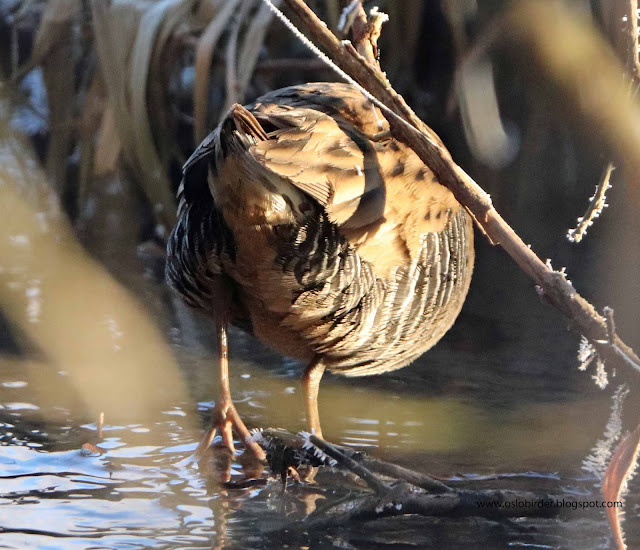