This blog is at risk of becoming Simon’s Pygmy Owl blog, but this is the time of year when they are relatively easy to find and they are a great bird!

My birding day started with the Maridalen bird but he was sat quite high up and soon flew to other side of a large field so I didn’t get any great shots of him. After seeing the Marsh Tit at the feeders I then headed for Pollevannet.

Marsh and Long-tailed Tits made themselves known in bushes in the reedbed but Bearded Tits stayed quiet. I then came across a photographer who I thought was taking a picture of something a long way out in the reedbed so I assumed he had found the Beardies. When I went up to him though it became clear he was photographing something in the bush just 5 metres away and there was another Pygmy Owl! And at eye level!! I really wish I had had my tripod with me but had to make the best of hand holding in poor light conditions. The background was also a bit messy but it was so cool to be so close to this little predator as he looked for food on the ground beneath him. He stayed there for quite a while before flying nearly through my legs and off into a small wood. An unforgettable experience!

After this I heard at least one Water Rail calling in the reedbed and eventually also heard a couple of Beardies but never had a chance of seeing them. The Kingfisher was also in his regular place, so a pretty good days birding was had!

I checked out the fjord at Drøbak but there were few birds. A pod of 4 cetaceans heading purposefully north may have been porpoises but I really felt they were too large although they were very dark on the back and the dorsal fin was small. 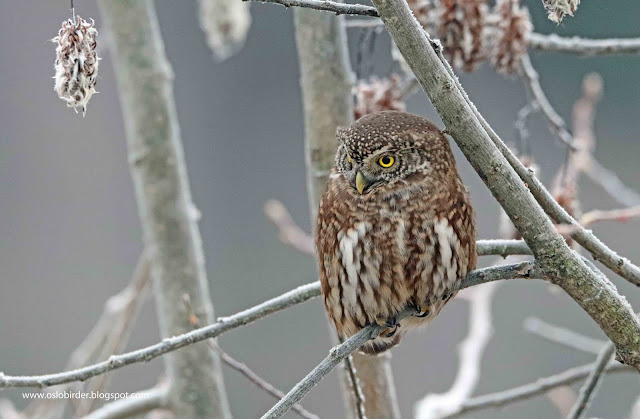 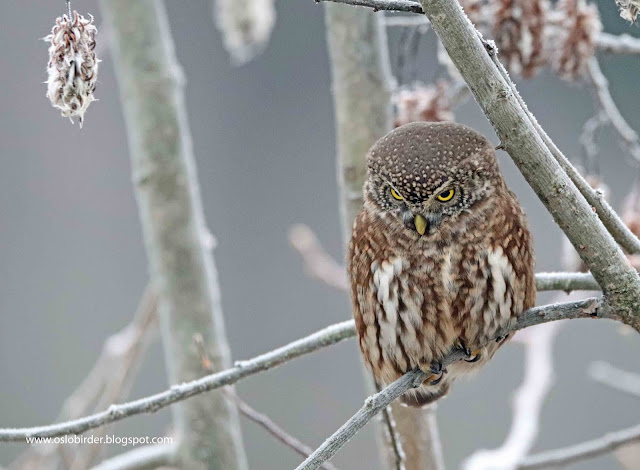 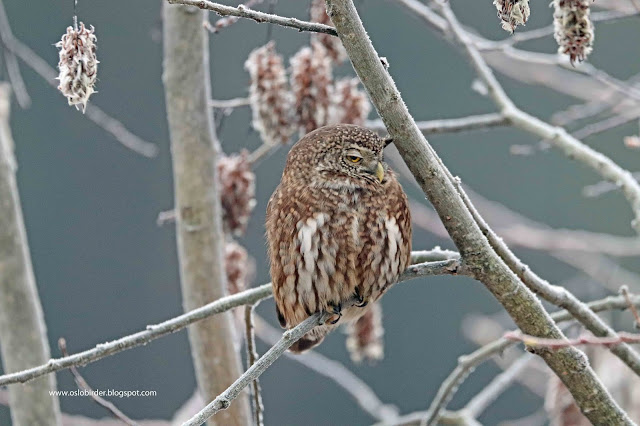 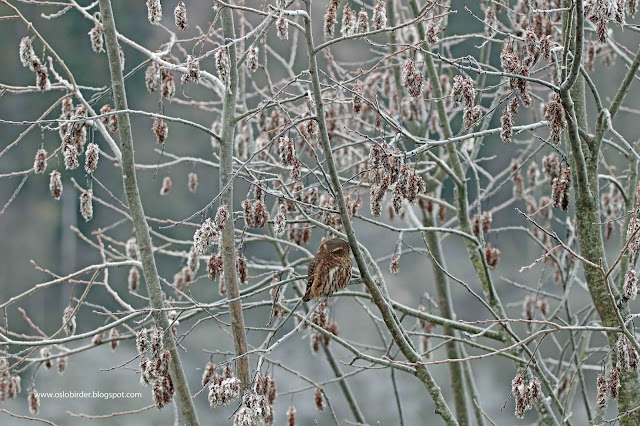 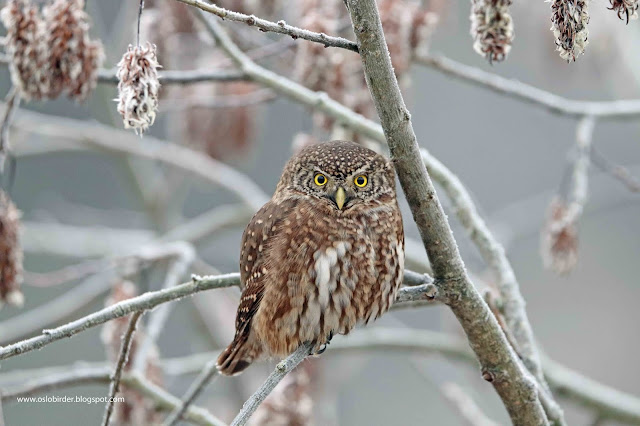 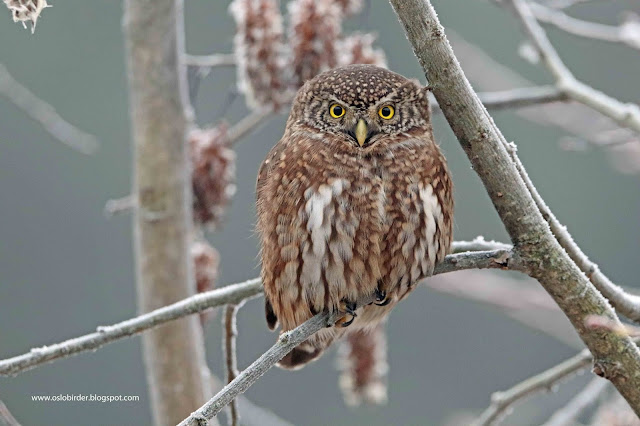 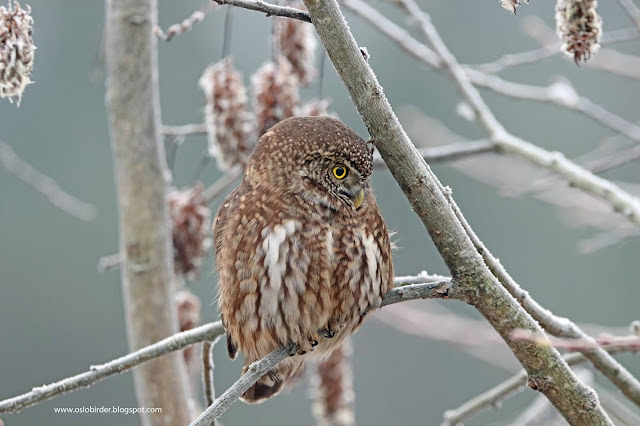 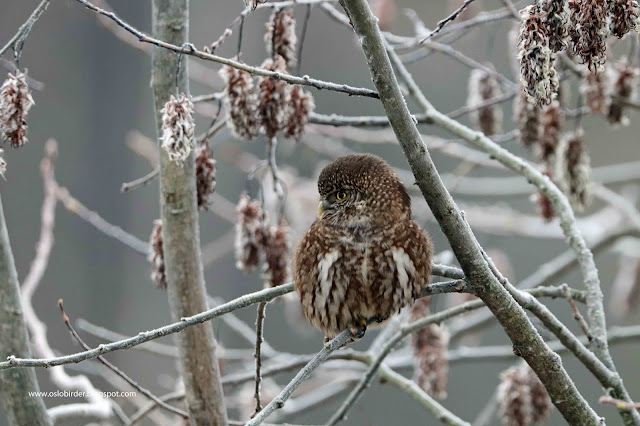 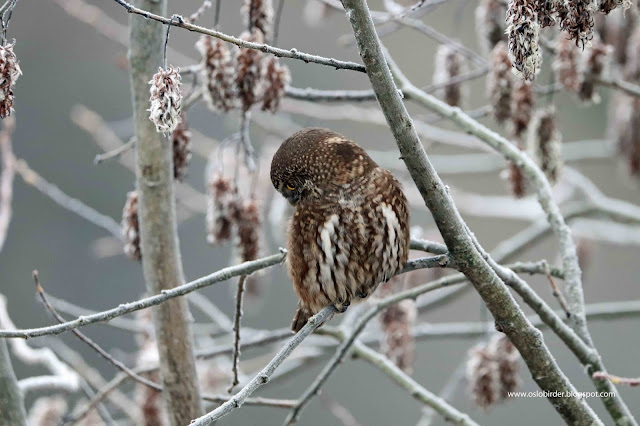