The Birder Awakens - 2015 the year that was Part I

In these festive times when birding takes a definite back seat here are some highlights from 2015. 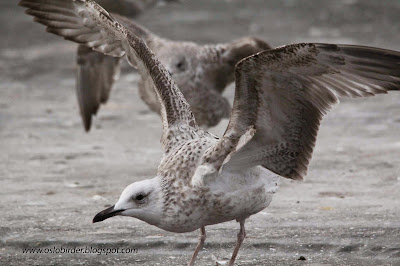 But otherwise was a quiet month with just usual resident species to enjoy ﻿with no invasions or influxes of more exotic northern guests and I ended up getting far too excited working out the number of individual Blackbirds visiting the garden and in the end worked out there were at least 18 different individuals.

2015 was a terrible owl year in the south of Norway with a crash in the rodent population that occurred around February. An owling trip on 7 Feb only revealed any owls by using play back- One Tengmalms showed really well though I nearly lost my fingers to frost bite whilst trying to photograph it. 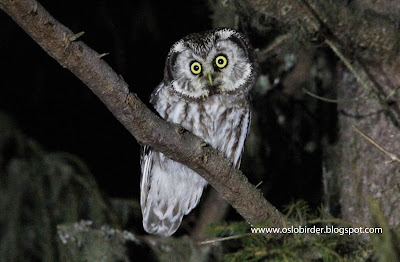 I of course could not let the chance of a Hawk Owl slip by and in the middle of Feb had a great trip upto Hedmark where in picture postcard winter conditions I scored a couple of doses of Hawkie plus Pine Grosbeak, Two-barred Crossbill and Sibe Jay. 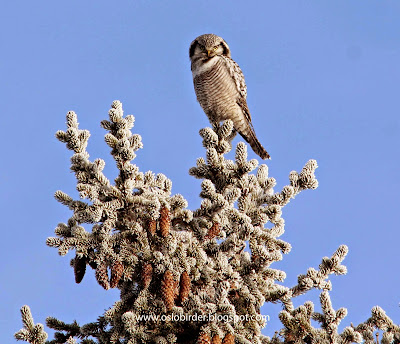 I had an unbeatable encounter with 2BCs when a half term break skiing trip was initially ruined for m by a doctors note telling me to rest an injured knee. Whilst the others enjoyed themselves on the slopes I wandered around the area and found 2BCs singing and displaying! 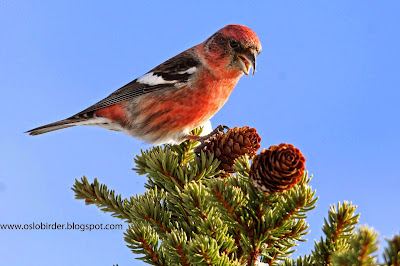 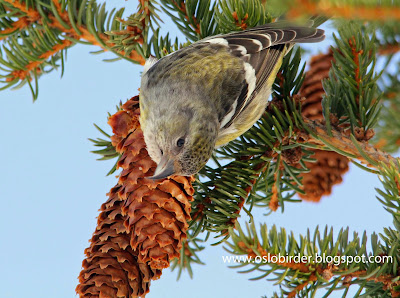 The spring came early and Snow Buntings turned up in Maridalen already at the end of Feb. 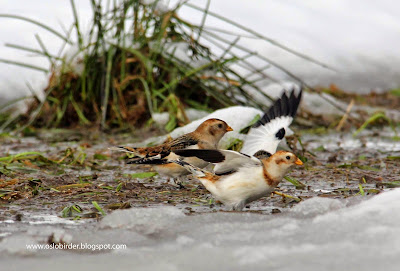 The rarest bird though in Oslo at this time was also an intial controversy. I followed up a report of a grouse in an urban area of Oslo and found the bird exactly where it had been reported. I had no doubt that this bird was a Willow Grouse/Ptarmigan as the thought of a (Rock) Ptarmigan at sea level in a semi wooded habitat just did not cross my mind. Other birders were more on the ball than me though and realised that this was a (Rock) Ptarmigan which I eventually also realised..... DNA from it droppings also later confirmed this.﻿ 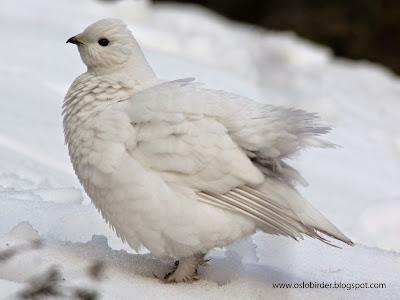 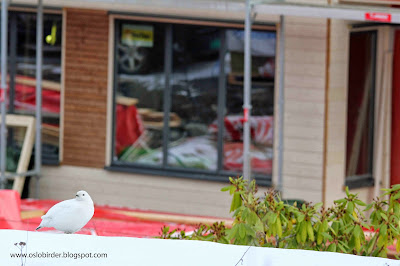 For me one of the major highlights of early spring is the return of the Bean Geese that stop off close to Oslo each spring and autumn on their migration between wintering grounds in Scotland and breeding grounds in Sweden. This year I was fortunate to get incredibly close views of some of the birds when I was able to sit unobserved and they swan right post me. 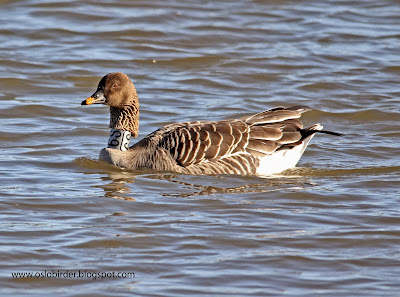 Trips with Rune Z are always a joy and we cover a lot of ground. One trip we had in the middle of March gave us a nice trio of typical if not always easy to find Scandinavian specialities but this is the best time of the year to find them. 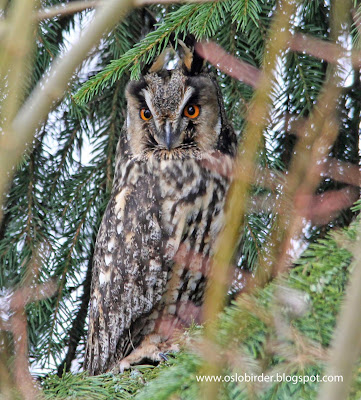 and the month ended with a White-fronted Goose showing well at the Kings farm on Bygdøy in Oslo. 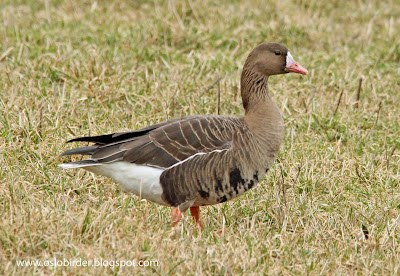