Looking at the weather forecast yesterday morning it looked like today would be a very good day to observe viz mig from Hvaler in Østfold. I therefore woke at 5am and was in place at first light at 7am. Trouble was that weather forecasts are not exactly a science and the wind was much stronger (7m/s) than expected. I was not alone though in hoping for some movement and had the company of Magne Pettersen for 3 hours. We found a place out of the wind which allowed us to hear the passing birds and did have some movement to observe and count. 1190 Chaffinches/Bramblings passed over with at least 60% being Bramblings, 720 Wood Pigeons had the company of 4 Stock Doves but other species were in small numbers even though we had a variety of species. A Great Grey Shrike that perched briefly on a cabin’s flag pole before quickly moving on was the highlight.


There were not many birds in the bushes and trees and a few Goldcrests and a single Chiffchaff were the most exciting. 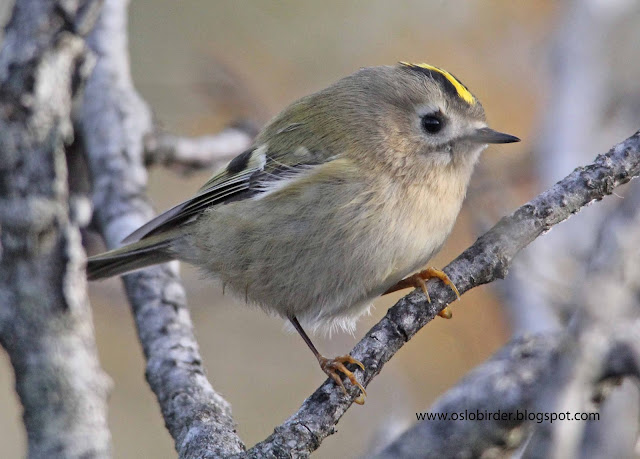