Inclement weather today but a short trip to Maridalen still revealed some goodies. At the start of the valley where I had yesterday’s Marsh Warbler there was still a Marsh Warbler present but best of all an adult male and four young Red-backed Shrikes. There was a group of youngsters here last autumn but I am quite sure that they have not bred at or close to this site so have probably moved at least a few kilometres from their breeding site. The adult male showed very well and was not bothered by my presence but the youngsters did not allow close approach and often perched hidden in a bush.


I heard a Lapwing calling from by the lake which is my first record here for a long time and suggests that some young have fledged. I also saw a couple of half-grown young Whooper Swans with their parents close to where they bred although they are very well hidden in a flooded forest and there could well have been more.


Here a few pictures of the shrikes plus a video where you can hear the calls of Blyth’s Reed and Marsh Warblers (for the bird nerds only). 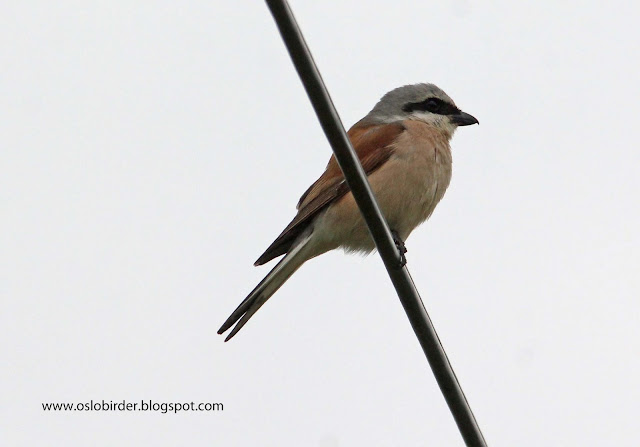