After Fornebu having given the impression of an improvement in affairs at the end of last week it was disappointing this morning to find a distinct decline in the number of birds. Despite it being warm and there being a number of insects there were very few insect eaters and Willow Warblers failed to make it into double figures. Four Redstarts though was a good count and I cannot remember ever having seen so many and so regularly here.


An hour and a half around noon in Maridalen revealed quite a few raptors. A Merlin and a Kestrel flew very purposefully south and at least 7 Sparrowhawks were thermalling or hunting around the valley and were probably local birds which was confirmed for one at least as a photo I took showed it to have been ringed in the nest in the Oslo area this summer. Of larger raptors I had 2 Honey Buzzards, a single Buzzard and an Osprey that flew north into the forest with a fish which may mean that it still has young in the nest. 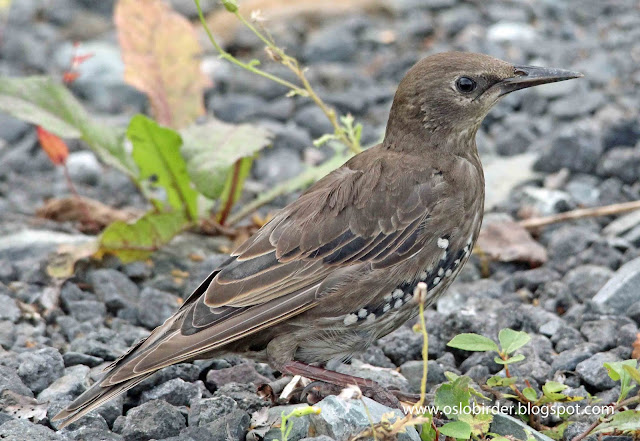