Rune collected me at 5am and we headed for Hvaler with high hopes of good viz mig like we had last year. We arrived just after 0630 and got out of the car to hear the sound of nothing! The next hour and a half was a huge disappointment with about the only species migrating being White Wagtails (linerle) with 60 or so heading south. A few Chaffinches (bokfink) and Bramblings (bjørkefink) flew around the area but maybe it was the light westerly wind that was the problem.

We tried a few other sites in the area including the Great Big Dump but had nothing really unexpected to show for our efforts although a White-tailed Eagle (havørn) was as always a nice sighting. A stop at Kurefjorden revealed more waders than last time including a Curlew Sandpiper (tundrasnipe) and four Knot (polarsnipe) but raptors did not show and I am still waiting to find a Pallid Harrier (steppehauk).

This time next week I will be waiting for the helicopter to Værøy – yippee!

The days didn’t offer many photo opportunities either except for this Green Woodpecker (grønnspett) in poor light. 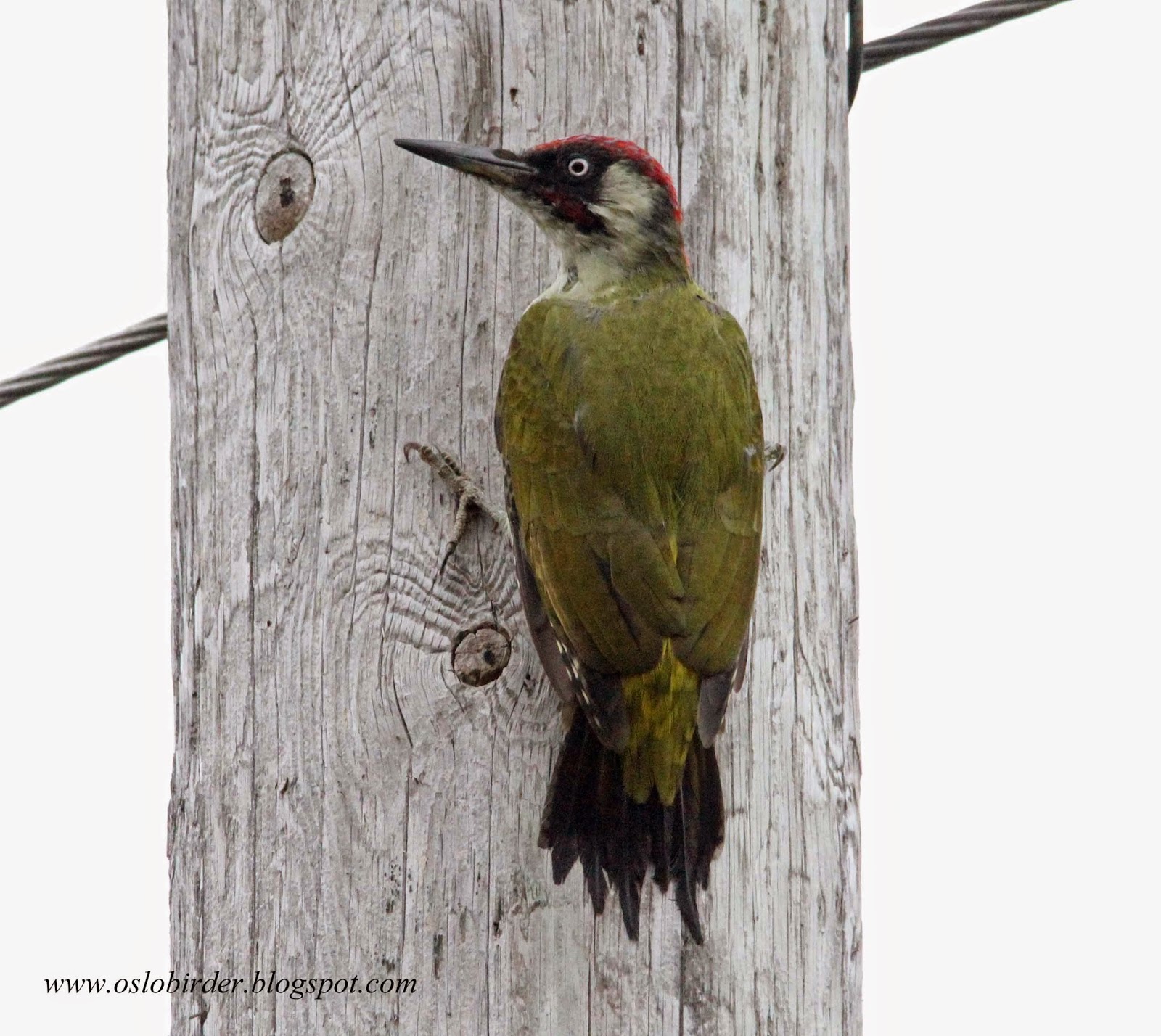