Today was a very enjoyable and successful day guiding Sarah and Mark from Texas. The weather forecast had been for heavy showers through the day and I feared a disaster but the gods were shining on us and the rain stopped at dawn but not before seeming to have grounded a few birds. We started at Fornebu where lots of warblers, mostly Blackcaps, were feeding in the berry bushes, a Water Rail fed out in the open, 2 Redstarts showed well and a host of commoner birds gave good showings of themselves.

After four hours here we moved to Østensjøvannet where a young Hobby gave a fantastic and prolonged performance as it hawked dragonflies over the lake. An apparant juvenile Pochard which is a good sign that there was breeding here this summer and a couple of Shovelers showed amongst all the commoner water birds and a Water Rail was making a lot of noise around and also under the bird hide before finally, if briefly showing itself (this bird was an adult after a juvenile was photographed here on Friday and is also a sign of breeding here). We had in total 66 species with a couple extra that I only I heard. 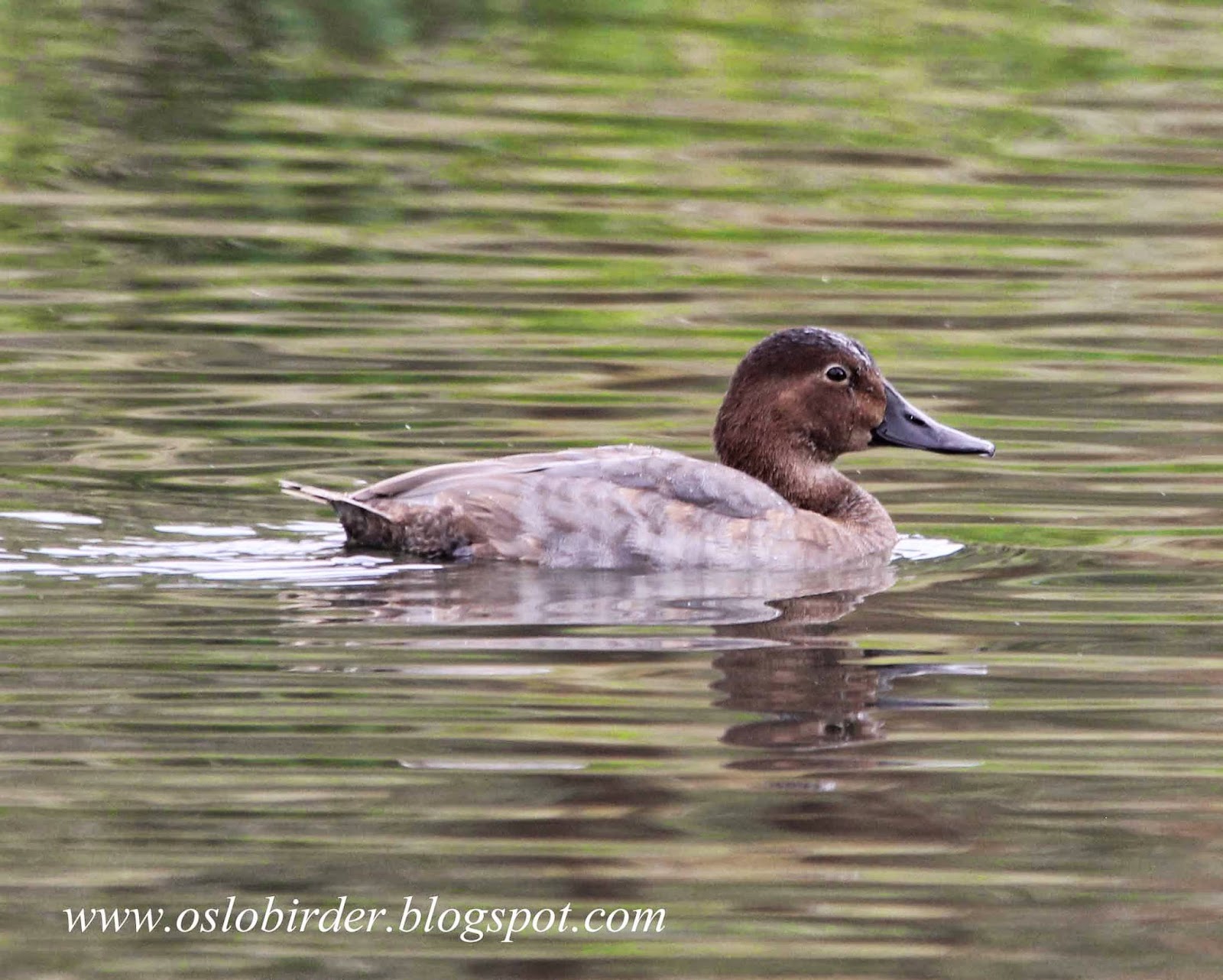