This evening I have been a bad person for so many reasons but you know what, I like it! It probably helped that I had already started mentally preparing myself for looking for gulls tomorrow and was getting in the right (or wrong depending on how you look at it) mental zone that I found myself abandoning the kids (although did first feed them and help with homework) to race down to the docks in Oslo to twitch a gull. And not just one gull but two! Quite amazingly the multiple Caspian Gulls had been joined by a Pallas’s Gull (steppemåke). This bird should not have been here at all. Not at this time of the year and most definitely not in this urban setting. This first for Norway breeds on lakes in steppes east of the Black Sea, winters in the Persian Gulf and is as a result exceptionally rare in NW Europe.

I got the message on the bird via the Bird Alarm app at 1651 with the headline New Species (meaning new for Norway and therefore not available in the predefined list of species in the app), Oslo, Sindre Molværsmyr. Clicking on the message I saw it was a Steppemåke at the insalubrious location of Vaterland. I had to get out the bird book to find out what this was in English ;-) and was shocked to see it was a Pallas’s Gull or the bird formally known as Great Black-headed Gull. Being in the middle of making dinner, with homework to do and Mrs Oslobirder working late I tried not to think too much of this bird that was only 10 minutes drive away and secretly hoped it was a misid (I was thinking of a large Caspian Gull...) A phone call at 1827 (thank you Jarl!) which went along the lines of why aren’t you here it’s showing really well now at the mouth of the river by the Opera and me asking it is “good” and getting the answer yes very good had me asking the girls whether they wanted to go twitching. The not unexpected and resounding answer of no was then followed by a but we don’t mind being alone was all I needed and less than 15 minutes later I was watching the bird alongside about 20 others at point blank range and right by the car and in a nice location!!. Seeing the bird I felt bad for ever having entertained the idea it could be a misid – it was a magnificent beast! Sindre who found this bird plus different Caspian Gulls each of the last three days is to be truly applauded for an amazing find. There are a few people in Norway who have a reputation for working hard and finding rare gulls but I don’t think anyone has ever come close to this run of finds in such a short space time.

I also got to see one of the Caspian Gulls but only briefly in someone else’s telescope and when I then tried to refind it to enjoy it (after having concentrated on the Pallas’s) it was no longer to be seen. With the thought of the kids burning down the house in the back of my mind now moving to the front of my mind I had to head home and was back within the hour that I had promised. I am now, in a very unexpected and slightly uncomfortable way, looking forward to searching for gulls tomorrow! 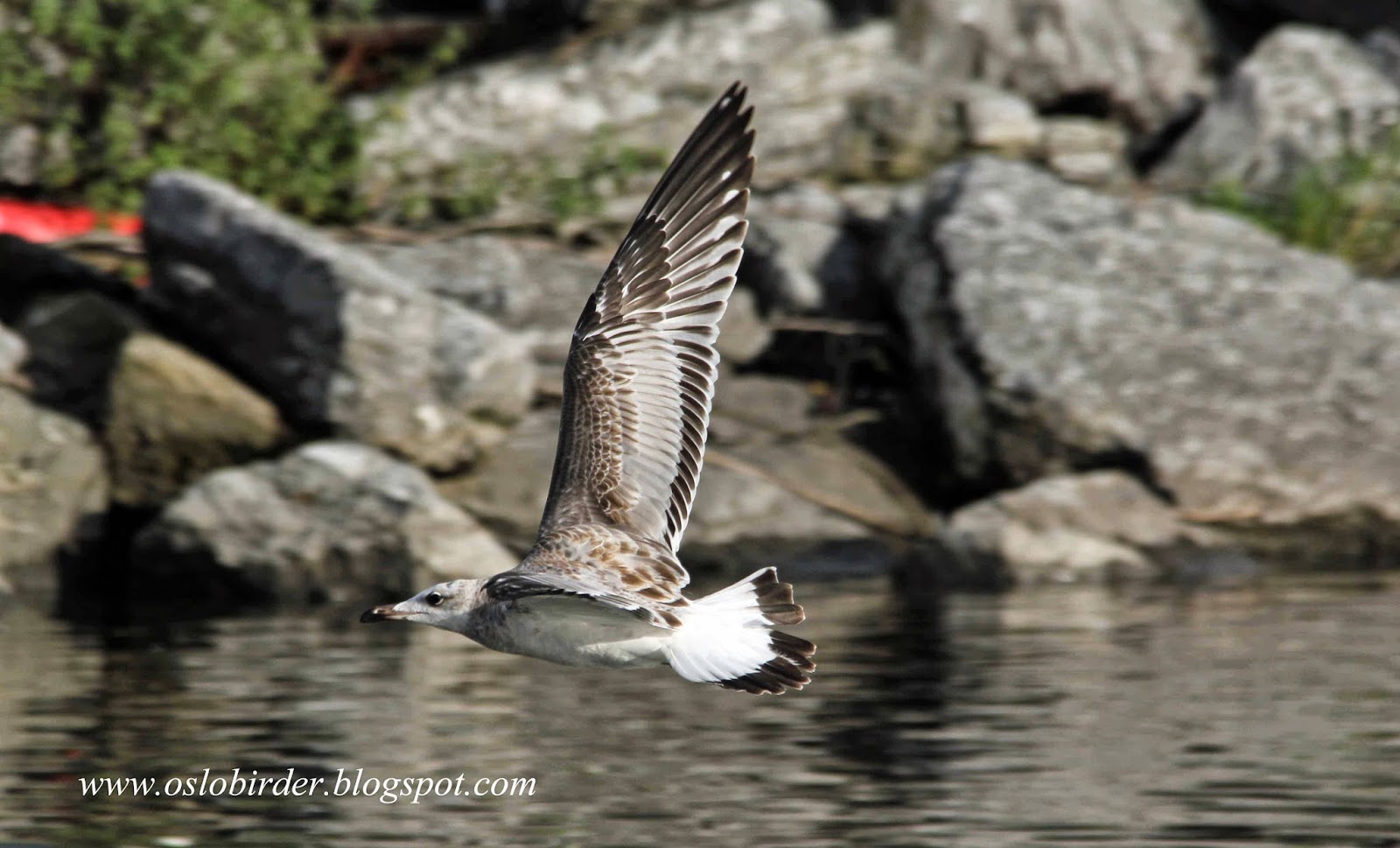 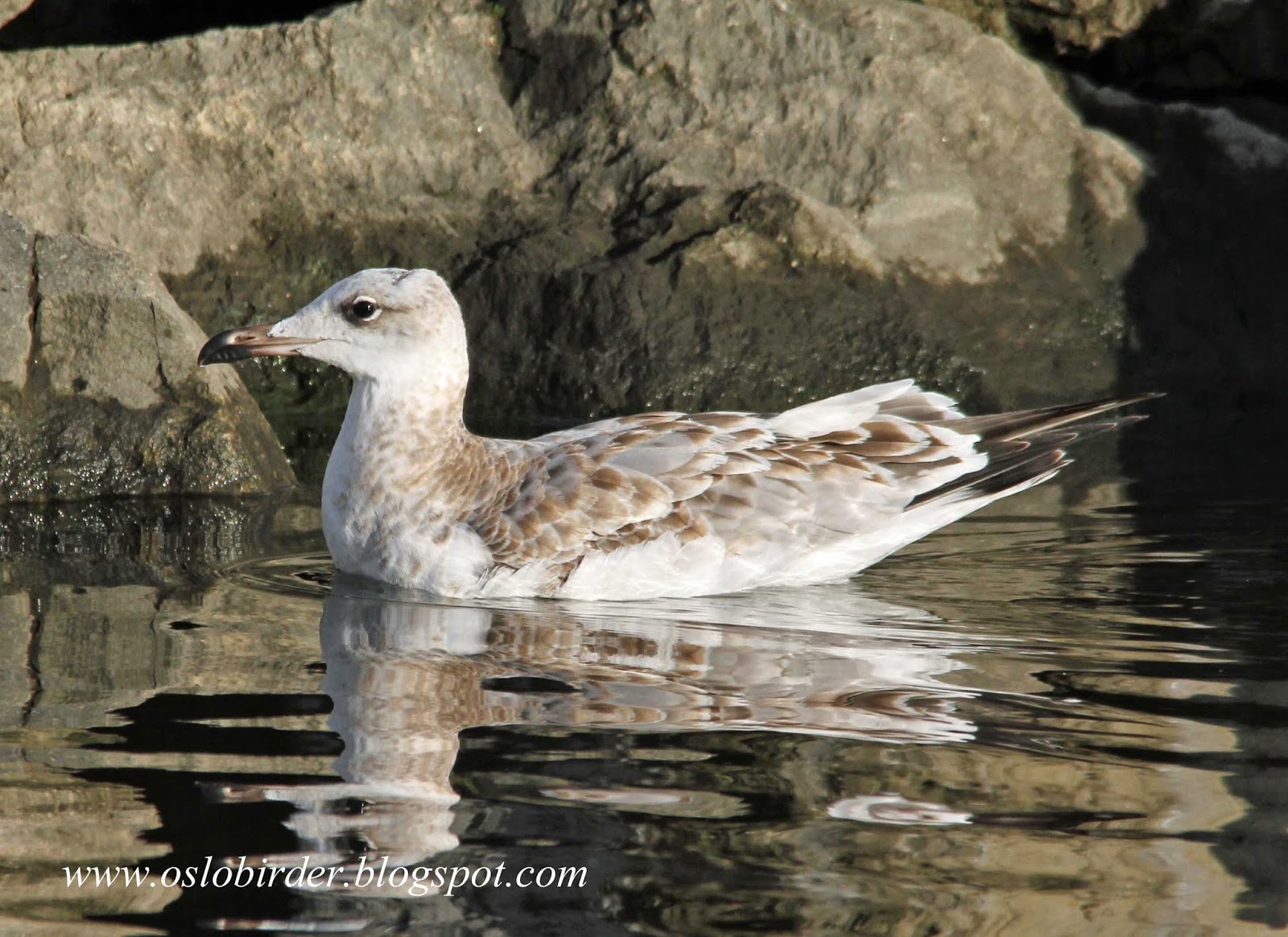