I guided Tom and Sharon from Maryland, USA today. We had a half day and I chose Fornebu and Østensjøvannet. Unfortunately it was hot and sunny today (by Norwegian standards at least) and this put such a damper on bird activity that it took over 2 hours before I could find a Willow Warbler(løvsanger)! With diligent searching though we did find birds though. We had two Water Rails (vannrikse) feeding out in the open giving what for this species have to count as good views. A Bluethroat (blåstrupe) and Marsh (myrsanger) and Reed Warblers (rørsanger) showed but were typically skulking but Wheatears (steinskvett), Meadow Pipits (heipiplerke), Linnets (tornirisk), Goldfinches (stillits) and Blackcaps (munk) showed well. Sparrowhawk (spurvehauk) and Kestrel (tårnfalk) flew over and we had a few ducks and shorebirds.

Østensjøvannet in the middle of the day was quite good with a juvenile Ruff (brushane) feeding amongst the geese a real surprise. This bird which walked with a limp but otherwise appeared healthy was amazingly trusting and allowed some close pictures although I don’t like to linger whilst guiding. We also had the escaped but still smart Ruddy Shelduck (rustand) plus the other usual waterbirds. We had some nice views of young gulls and one group of three should have attracted more time from me although I have other priorities. I did take some pictures which now have me scratching my head. The dark gull which I took to be a Lesser Black-backed at first looks much too large and especially strong billed. It must just be a particularly dark Herring Gull but was a good reminder for me of the variety amongst young gulls and also the importance of seeing all the features – I never saw the wing open on this bird which would have given a lot more clues to its identity. 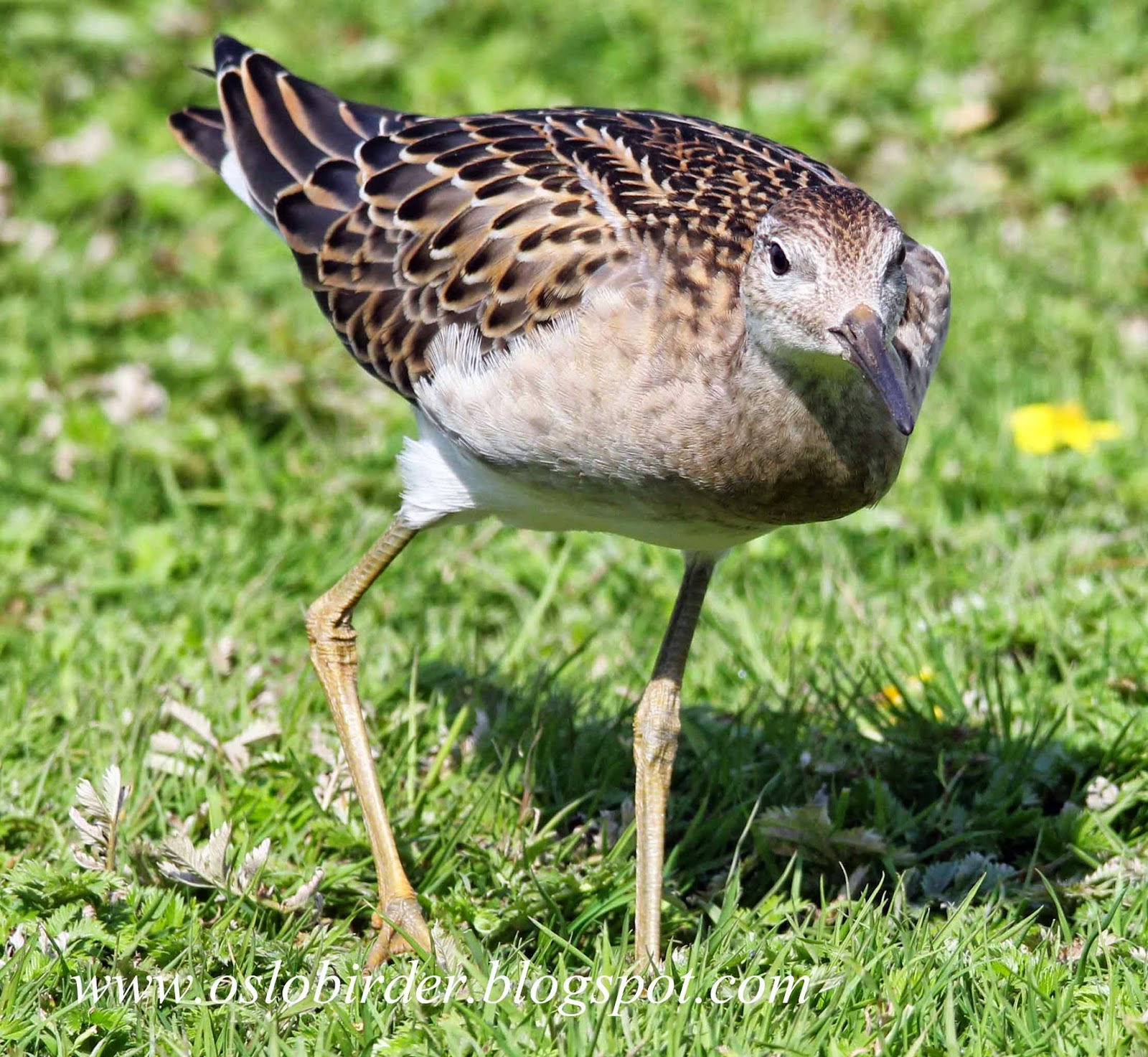 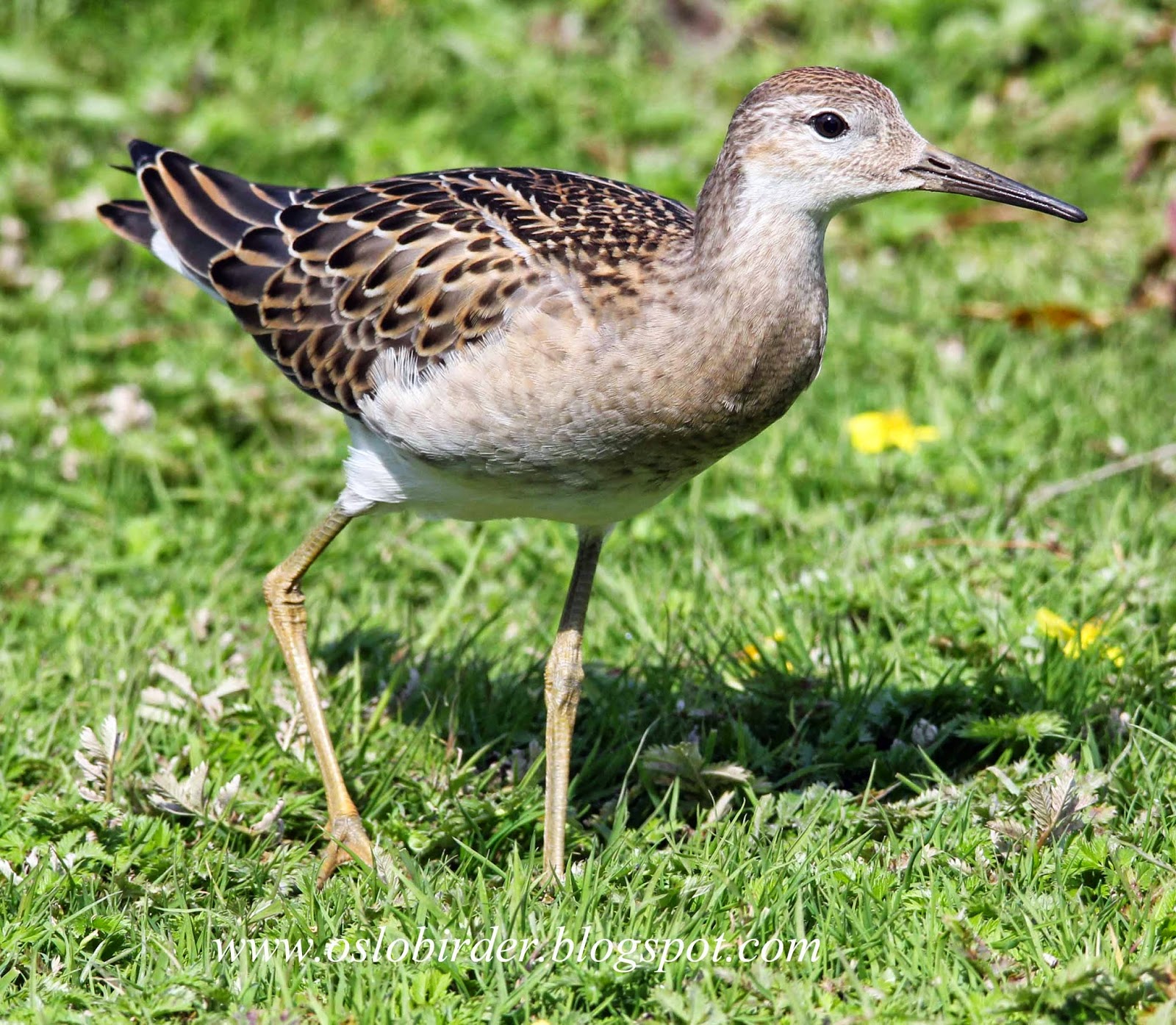 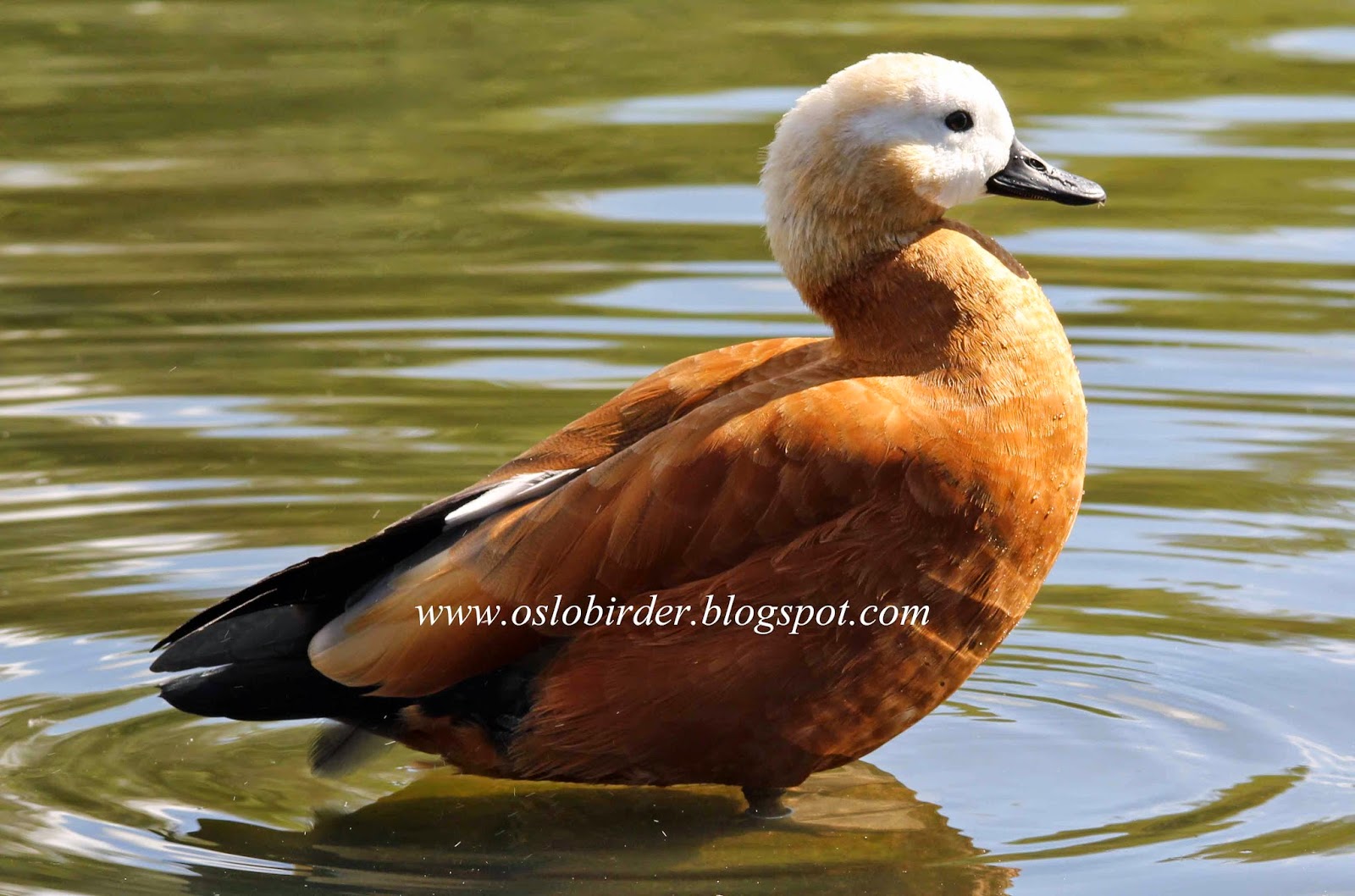