Yesterday afternoon whilst sitting with two very excited 6 year olds who had just finished their first day at school my phone beeped with a message of a Caspian Gull (kaspimåke) in central Oslo. I, to my shame, thought about taking the girls twitching but got the better of myself. This exotic tourist, which was a great find, was a bit unfortunate and got itself mugged but this being rich Norway the mugger attached some bling instead of removing it ;-)

Today after the school run was complete I briefly entertained the idea of searching for gulls but instead chose the far more attractive landscape at Fornebu. It was very quiet at first with just a single Red-backed Shrike (tornskate) and Bluethroat (blåstrupe) of note but a juvenile Dunlin (myrsnipe) kept me interested at it walked so close to me that it was within the focus range of my lens. I spent a lot of time taking photos and video but it was like a duracell bunny and never stopped moving. Whilst lying in the mud trying to take photos at the birds eye level my phone beeped again telling me of another Caspian Gull and this one was hanging out amongst the drug dealers in one of Oslo's least salubrious areas. This one though had been unfortunate enough to avoid being mugged though. What should I do? Lie in the mud or go try to twitch a potential Norwegian tick? Mud can be quite exciting at times.

As the morning wore on warblers became more obvious but still no Barred. Walking through one of the more popular areas of Fornebu a dog took a liking to me and its owner told it that “yes I was probably a very nice man but I was more interested in birds”. 5 seconds later the dog (which was on a lead) flushed up a Great Snipe (dobbeltbekkasin). Nice doggy! The bird landed about 40m away in long grass and I managed some shots, one of which was good enough to be classified as a "doc" picture (and I mean that in the true meaning of the word rather than as an excuse for an otherwise great picture but which is maybe not entirely sharp). Great Snipe are quite distinctive when flushed once one has had good experience of them. They fly up silently unlike the majority (but far from all) Common Snipe (enkeltbekkasin) and have a much less rushed flight with slower wing beats and less change in direction. They also invariably land again quite close by and do in a distinctive manner by putting on the brakes at height of 2-3 metres and then dropping down with outstreched wings.

After this a few other birds showed themselves and it felt like a good morning: at least 3 Water Rails (vannrikse) called from the reeds and one very briefly showed itself and three shrikes were now on show.

Intending to drive up to Maridalen I found myself instead heading for downtown Oslo. I'm not quite sure what came over me but after navigating all the traffic and roadworks I suddenly pulled myself together and accepted that these gulls just ain't for me and left it for those with a more suited disposition and hot footed it up to the clean air, fragrant smells and long horizons in Maridalen. With inner peace restored I enjoyed more shrikes, pipits, wagtails and probably had Red-throated Pipit (lappiplerke) but didn't manage to nail it down.

I took rather a lot of pictures of the Dunlin and it has been a bit difficult choosing the best ones but I am pretty pleased with these. Also a short video. 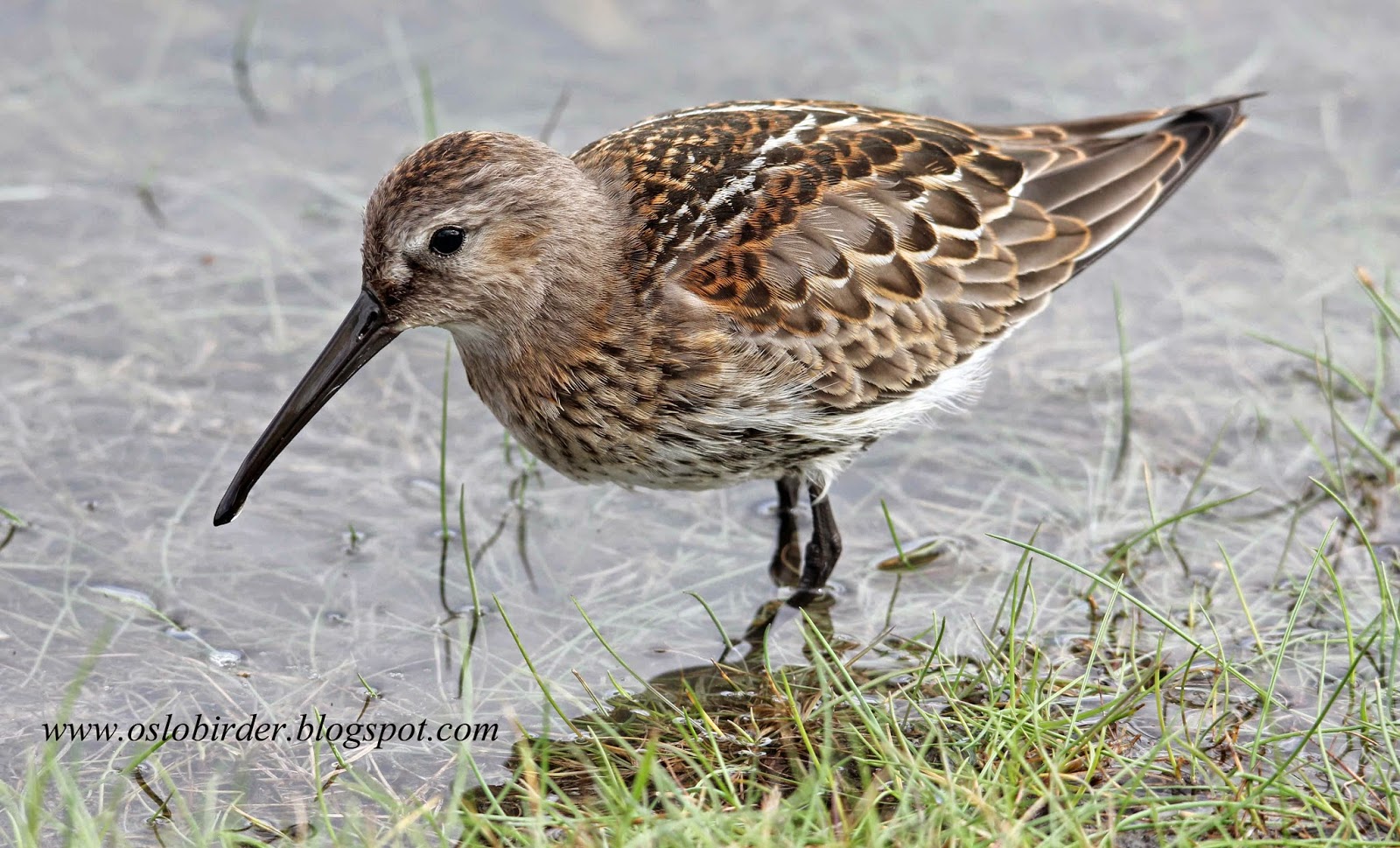 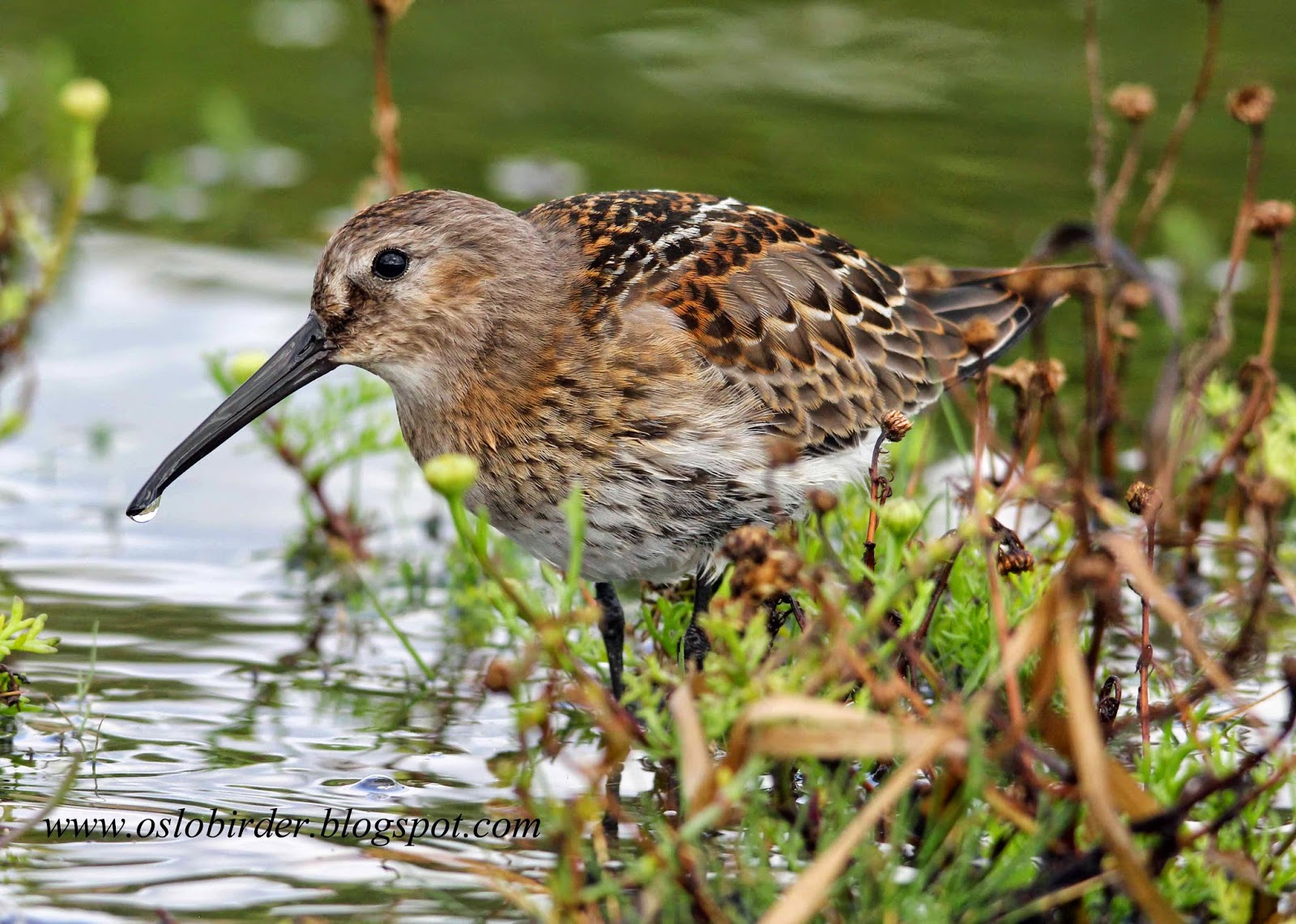 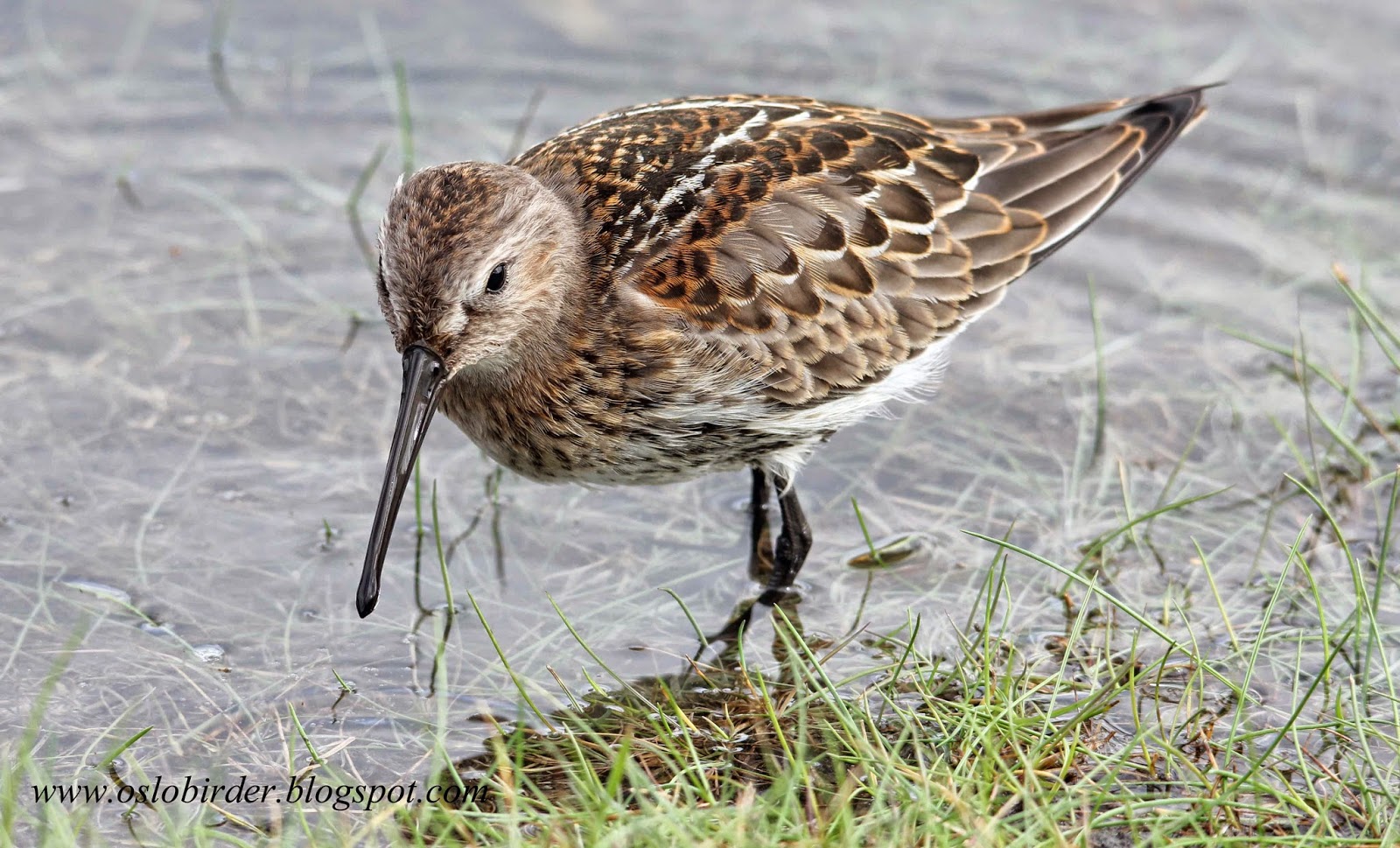