Yesterday and today I unsuccessfully searched for a Hawk Owl that had been seen in the forest east of Maridalen. It is still very early in the autumn for Hawk Owls to turn up around Oslo so the handful of records over the last week hints that something big might be about to happen although it may just fizzle out. The forests are strangely quiet with no Crossbills (or any other finches) which is in stark contrast to the situation a year ago when the abundant cone crop was attracting finches from all over Scandinavia many of which stayed and bred in the late winter.

My day was made though when I had an unforgettable encounter with a singing male Hazel Grouse. Late autumn is a good time to find this species as the males mark out their territories and today’s bird was only 600m from an equally confiding bird I had last year and could very well be the same individual. This species is normally very shy but these two sightings have both been right by much used paths and today I had a car, runners and noisy walkers go past whilst I watched the bird and I also had the Beast with me! With luck I will be able to pin this bird down and guide people to it over the winter.

Even though I was close to the Hazel Grouse it was not often it showed completely in the open and there was always a branch in the way but I am very happy with the images I got. I also took some video but hand holding the bazooka was never going to give a good result. 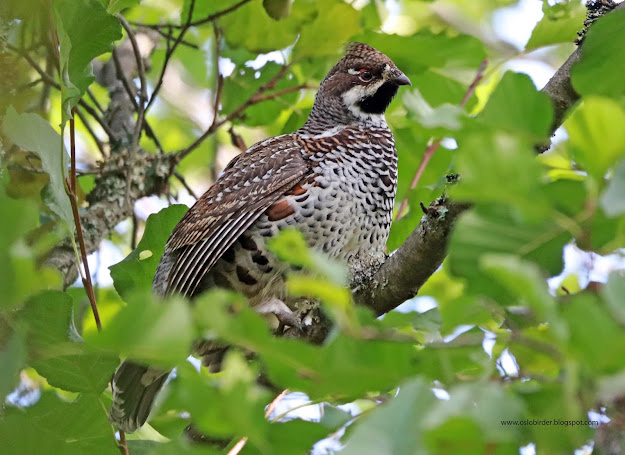 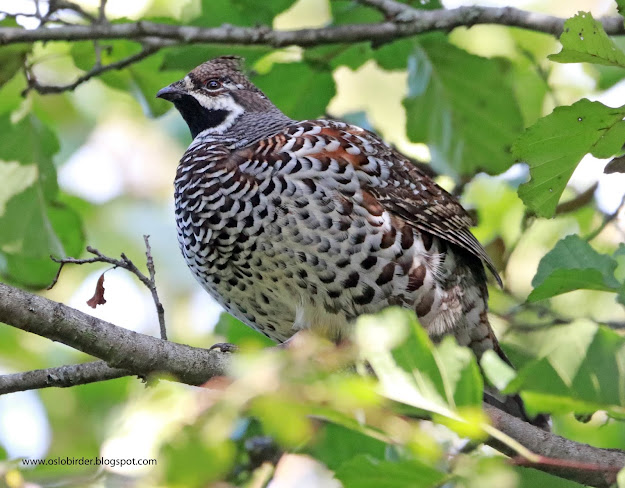 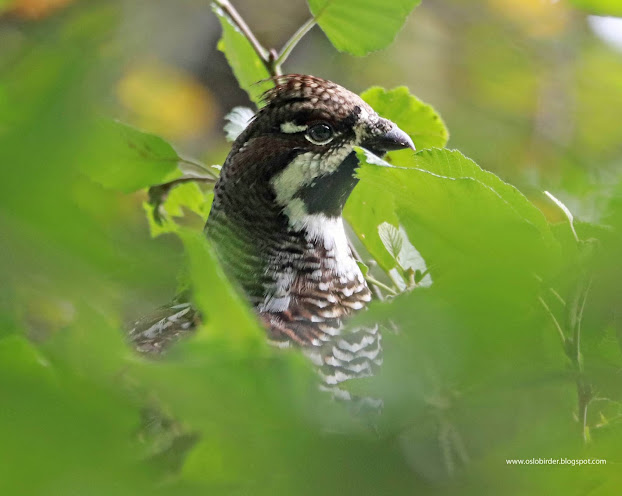 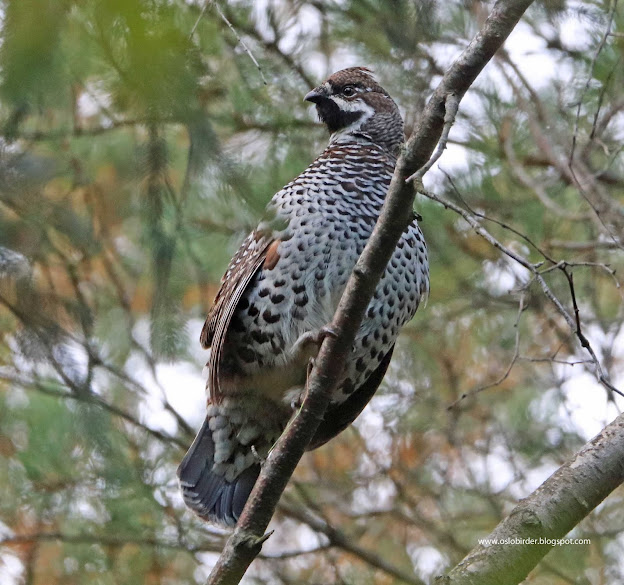 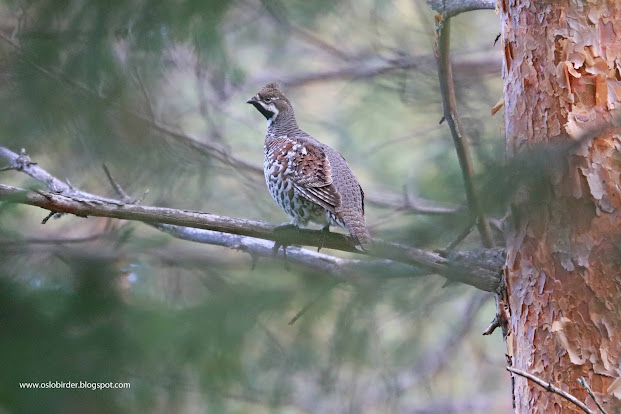 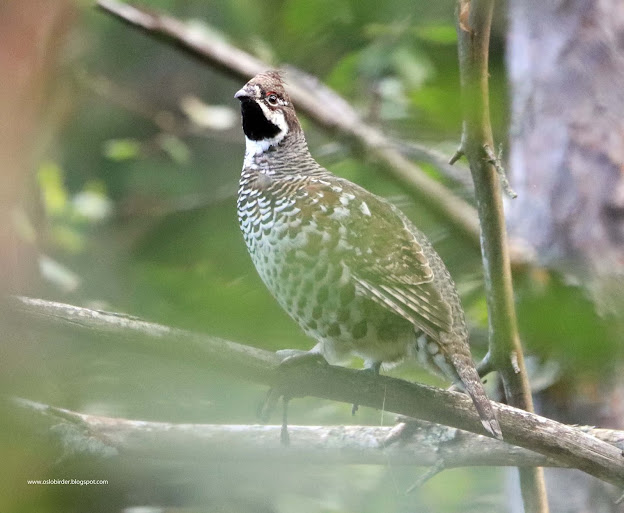 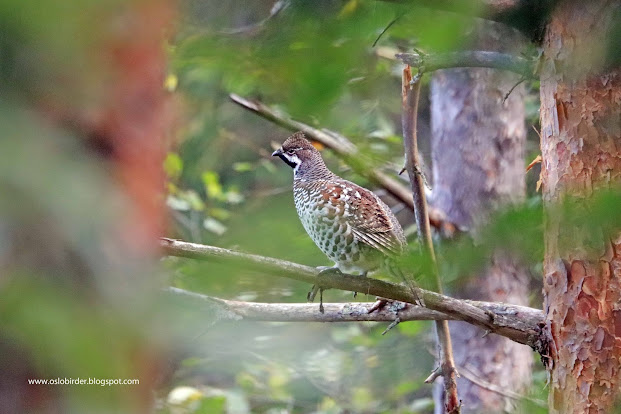 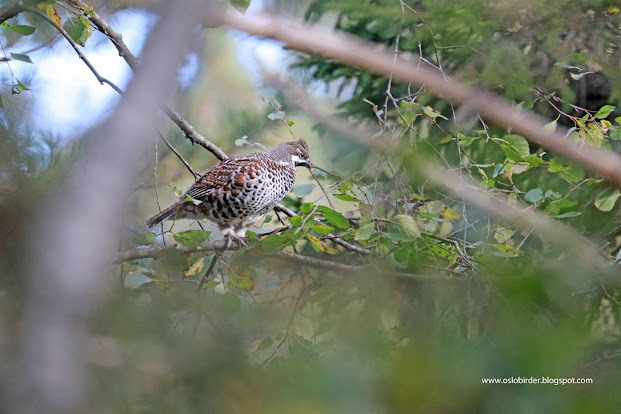 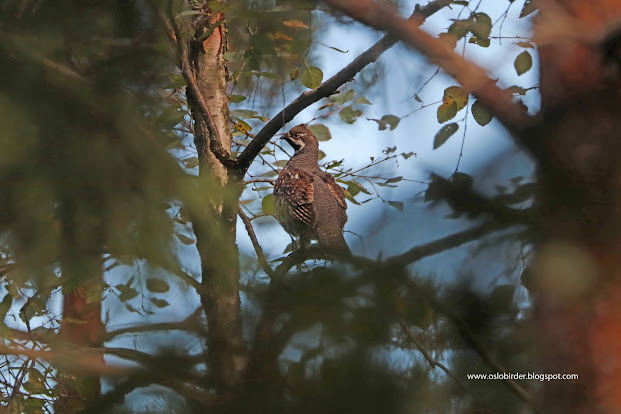 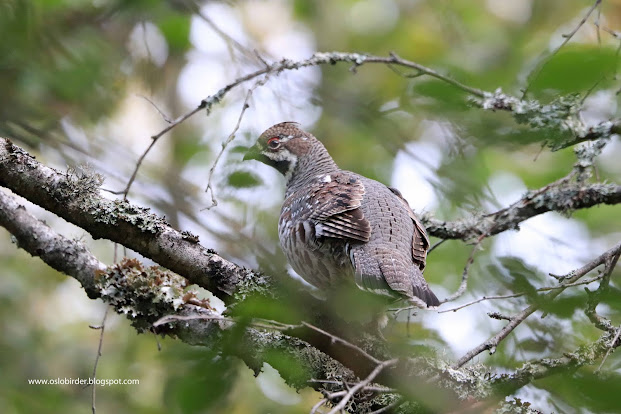 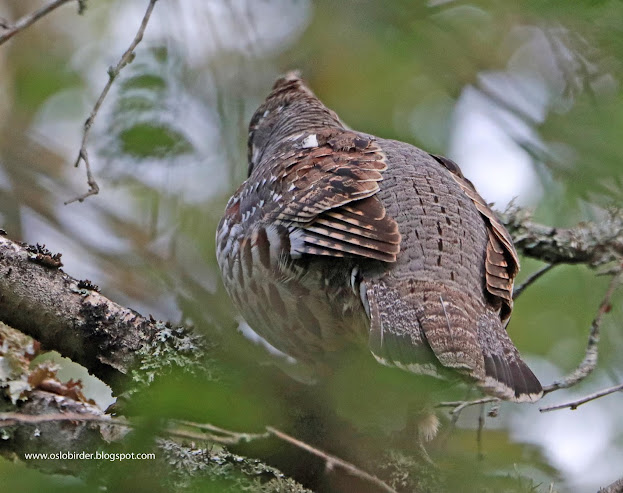 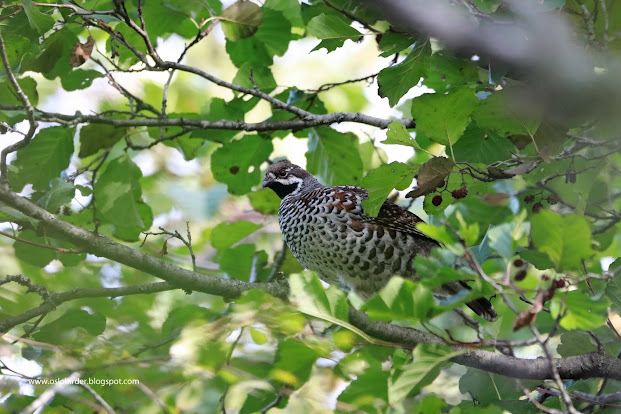 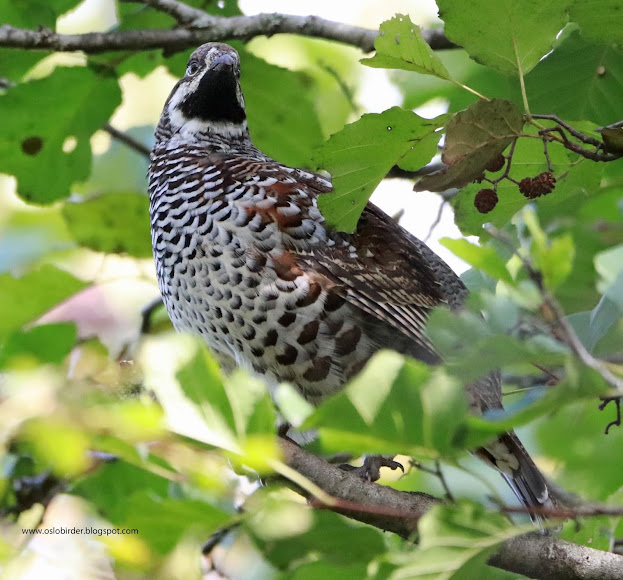 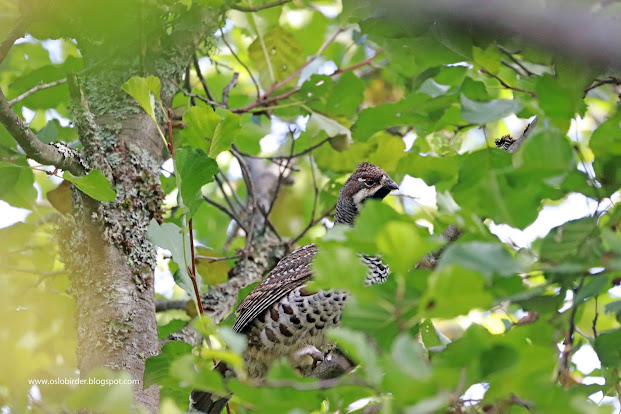