Rain this morning turned into a sunny, warm afternoon and Jr needed little persuading that a walk in Maridalen would be good for the body and soul. We spied a few Egret twitchers and the egret itself which eventually allowed itself to be photographed through some bushes. I saw it catch a fish so it looks like it is thriving here and may well become a long-term fixture.

The warm weather led to a raptor bonanza with, in just over an hour, there being 20 Common Buzzards, 1 Rough-legged Buzzard, 3 Sparrowhawks and 2 Goshawks. In terms of quantity I think this must the most productive raptor session I have had in the Dale. The Buzzards were all heading south except for one of the Commons which seems resident in the valley at the moment. An adult Great Grey Shrike also showed plus a late Wheatear.

The sun also brought out butterflies with 4 Red Admirals, 3 Brimstones and an unidentified white. There were also a few dragonflies. 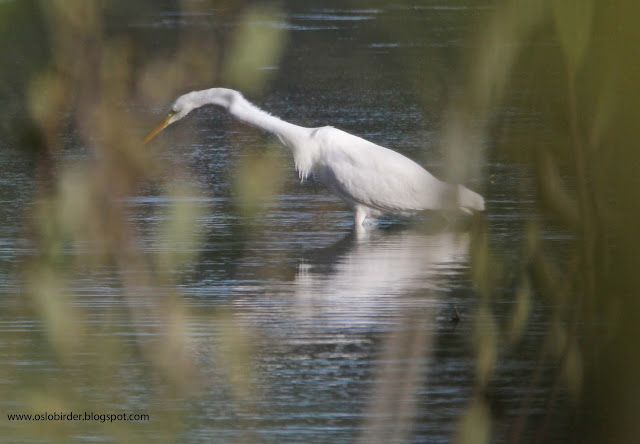 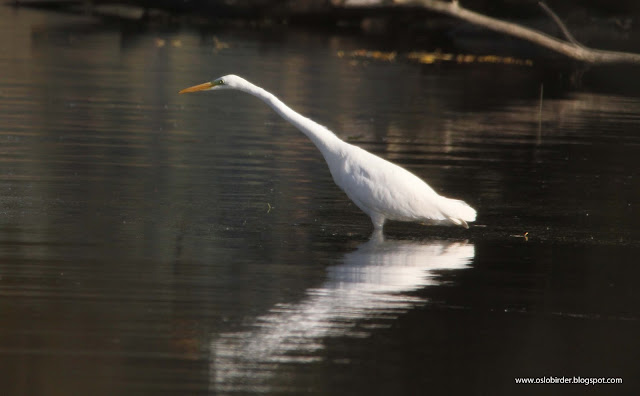 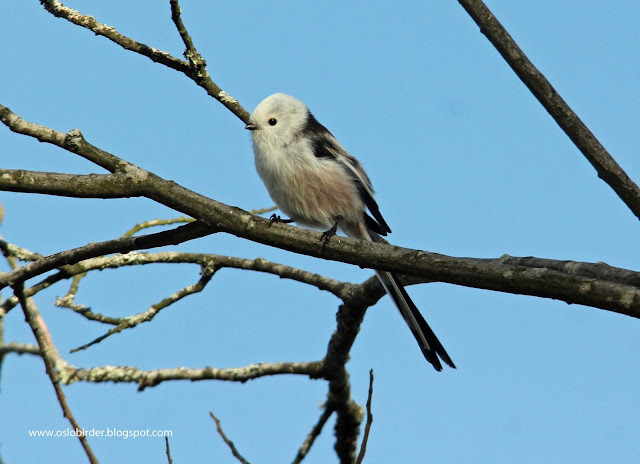 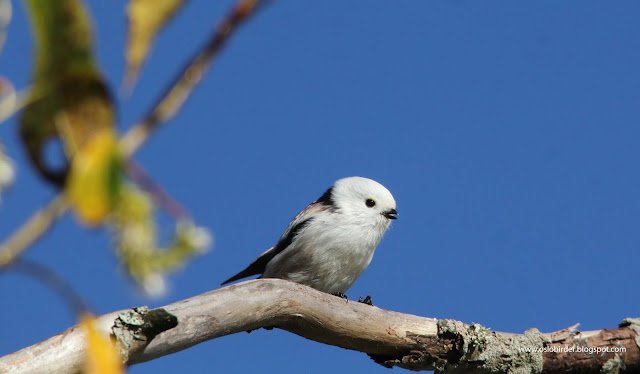 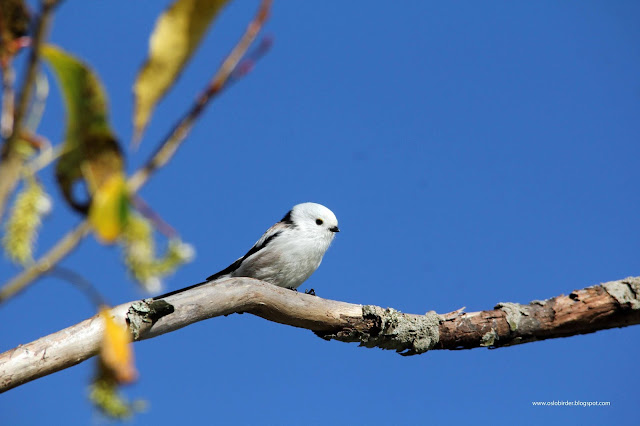