I decided to check the inner fjord today to see if the ice on inlands lakes such as Østensjøvannet had brought any new ducks to the (currently) ice free salt water. Ay Kongshavn there was a good flock with 250 Goldeneyes (kvinand) and 100 Mallards (stokkand). Amongst them were a couple of Velvet Scoter (sjøorre), 10 Tufted Ducks (toppand) and presumably the same Pintail (stjertand) that I saw at Østensjøvannet a couple of days ago thereby giving an indication of where many of these ducks come from (I searched for the Smew but couldn’t find him).

There were not too many gulls to be seen and certainly nothing unusual although hopefully a white-winged gull will turn up soon.

I took the ferry out to the islands in the fjord hoping that I would get to see some sea ducks and auks and did see a Razorbill (alke) and 2 Guillemots (lomvi) but not too much more.

The Peregrine was perched up on top of the Radisson hotel and this time was perched closest to where we have filmed from. Hopefully it will do the same next week when we return for some more filming. 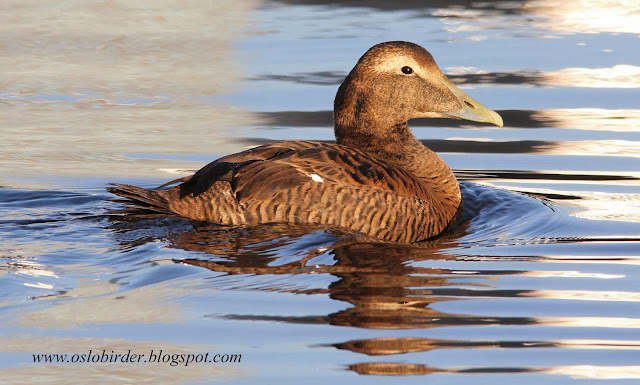 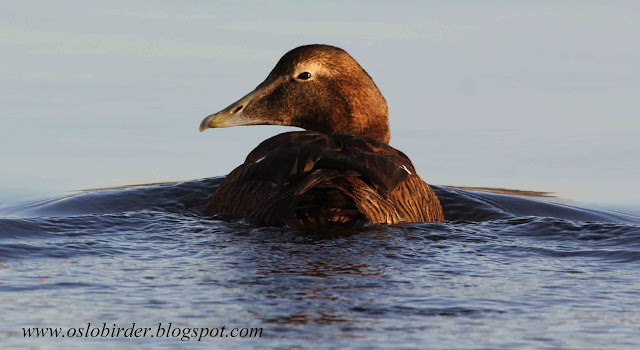 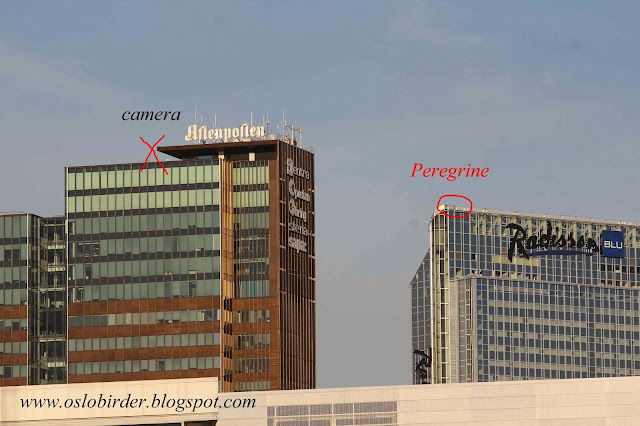