On our recent tour Rune and I initially reported that we had heard a Blyth's Reed Warbler (busksanger) from a location where one is singing in Hedmark. However it transpired we were 2km from where that bird was and as we heard it at 0230 after 22 hours on the road, were dead tired (close to hallucinating) and didn't record the song we decided to delete the record rather than claim a new undocumented bird. I therefore know full well how aggrivating acros can be.

I therefore had good reason to go searching for the Blyth's Reed Warbler that has been reported near Lillestrøm for a week or so. It has been reported by quite a few observers but seemingly in different locations and there are also some observers who report no Marsh Warblers and others who report one or two. Some observers have also been there for a couple of hours in the middle of the night (usually optimal time) recently and only heard Marsh Warbler. Clearly a confusing situation......

The birds were singing quietly and also reacted to playback. I had two definite singing Marsh Warblers, one of which was possibly paired and then a third singing bird. If flew in when I played Blyth's Reed and started singing quietly. Its song was not Blyth's however but neither was it a classic Marsh as it sang slowly (Marsh Warbler normally has a very excited song). At one point it sang from the same bush as another Marsh without the two seeming to compete. Perhaps a hybrid or just one of these slow singing Marsh Warblers that are put there to confuse us? In the pictures I took there is nothing to separate it from a Marsh Warbler so I guess it is just a slow and relaxed singer.

A couple of recordings of the Blyth's have been put out on the net. One recording by Sindre Molværsmyr can be heard here:


I went back in the evening with Fernando who needed Blyth's as a lifer and I had promised to take him although I didn't feel confident we would find it. We arrived at 9pm and had a Marsh Warbler singing quietly where I had heard one before. We then searched a larger area than I had done earlier in the day and played Sindres in what was classic Blyths habitat and where the bird was initially found although not where a number of the subsequent sightings are from.  Quite soon we had a very short and quiet response from an area of mature trees bordering long grass and herbage which is the classic habitat for Blyth's. And then we saw the bird or should I say birds as there was a pair! They kept together nearly all the time and were seen carrying nesting material. At one stage they called excitedly and then both flew out of a bush - maybe they had been getting to know each other better?
The fact they are breeding and there are no other Blyth's Reed in the area probably explains why they didn't sing and others haven't heard them during the night (we had the same situation with the breeding pair of Rustic Buntings). We saw the birds for about 10 minutes until 2140 during which time they were very active but then they did not show or make noise until we left at 2300 which was a bit annoying for the other 5 birders who turned up....Lucky I got some pictures!
The pictures are not excellent but you can see enough and compare to the Marsh Warbler pictures. The ground colour is darker than the Marsh, the eye stripe extends further beyond the eye and most importantly the primary projection is shorter than on Marsh. Although not captured in any of my pictures the birds often adopted the "banana" posture with raised tail and head which is a classic field characteristic and also the origin of its alternate name of Banana Warbler. They also gave the impression of being smaller than the Marsh Warblers.

Some of the records of the Blyth's from the last few days seem to have been a singing bird from the area 300 metres away by the barrier (bom) where the slow singing Marsh Warbler is and I am sure that there have been a lot of misidentifications (but I would know all about that wouldn’t I?).

We also heard a brief Grasshopper Warbler here. A search for a couple of River Warblers only turned up more Marsh.

I couldn't resist a trip into Maridalen. The Nightingale and a couple of Marsh Warblers sang but nothing more exciting. We heard a young owl begging for food. This was the bird reported as a Long-eared Owl and a much awaited Oslo tick but would appear to actually be a Tawny Owl although is not a call I am really familiar with. Here is a video where you can here the call.

After a few hours sleep I was up this morning to guide Jari from Finland around Oslo. We had a successful time with Nuthatch surprisingly for me being a real highlight as this is a very rare species in Finland. We had a good number of other species including good views of the Red-breasted Flycatcher (dvergfluesnapper) and Serin (gulirisik). 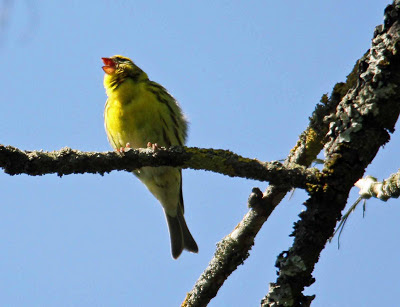 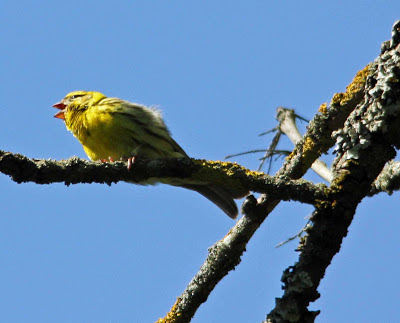 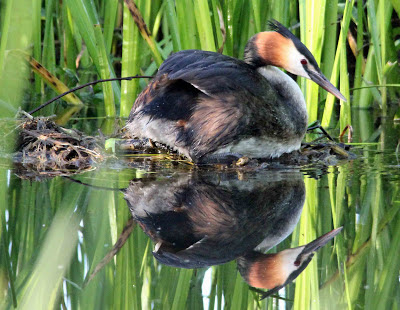 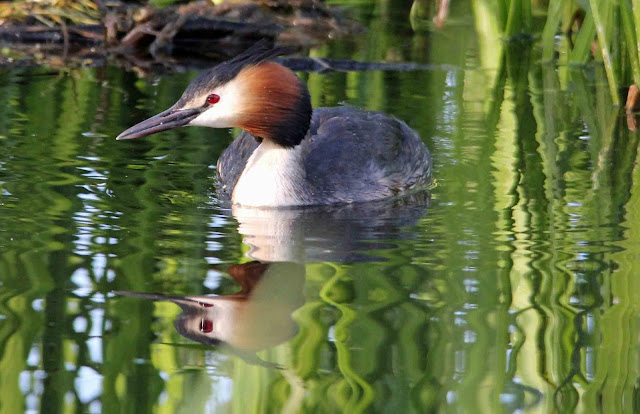