Today is a religious national holiday in one of the most secular countries I know. It is that widely celebrated? holiday of Ascencion Day which always falls on a Thursday, the schools also get closed on the Friday and everyone has a very long weekend and goes to their “cabin” (these days often a second home of a higher standard than the main house) either in the mountains or on the coast…. gotta love living in the world’s richest country.
We are staying in Oslo (the city feels refreshingly empty when so many others are away) and had a very pleasant trip to Fornebu today. I had an extremely close encounter with one of two singing Thrush Nightingales that were both singing at full volume at noon.


This morning I gave sea/migration watching a couple of hours effort at Hulvik from 05:15 but there just wasn’t enough to make me stay longer although a full days effort at this time of the year will probably be rewarded with a Pomarine Skua if nothing else. My 2 hours did give me an Arctic Skua which was chasing a group of 5 adult Kittiwakes which were heading purposefully north (to where?) plus a few Red-throated Divers and Common and Velvet Scoters. The drive home gave me my first Red-backed Shrikes of the year. 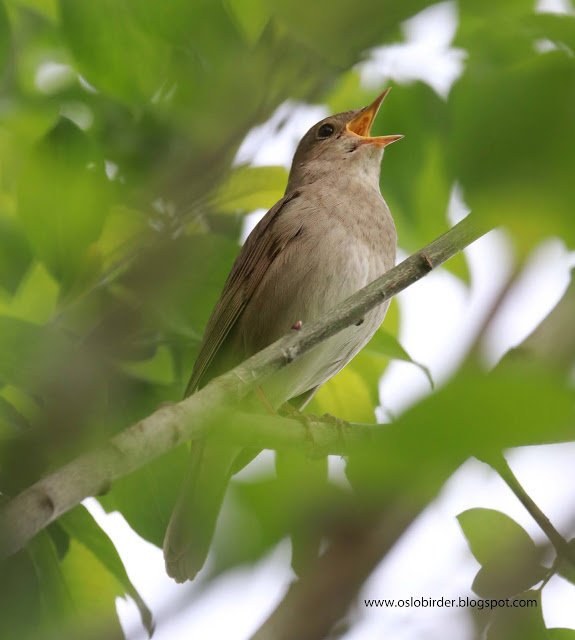 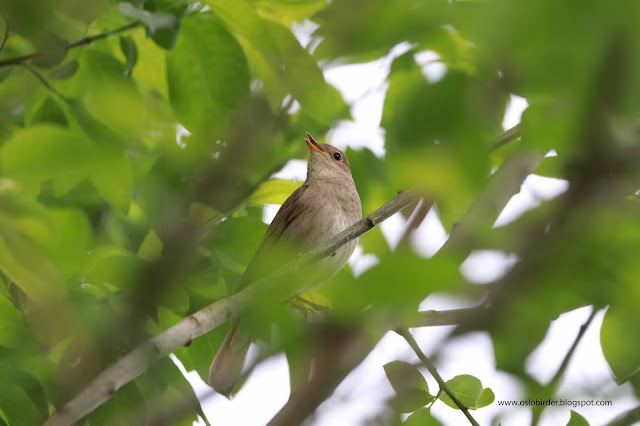 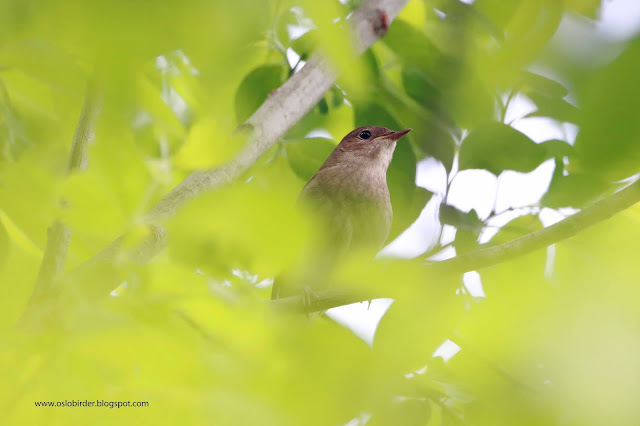 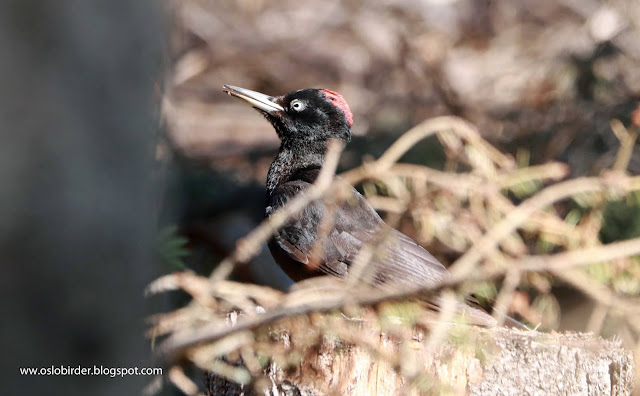 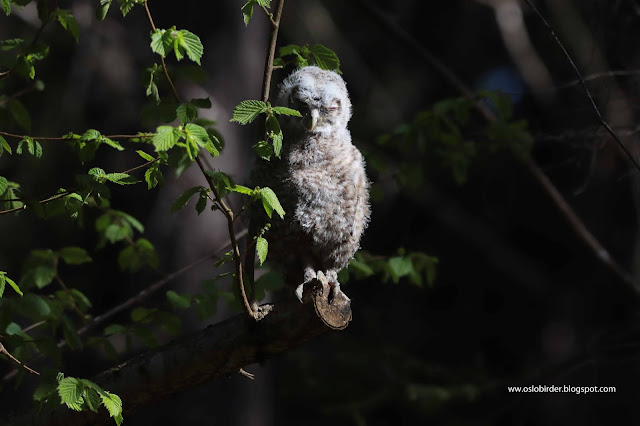 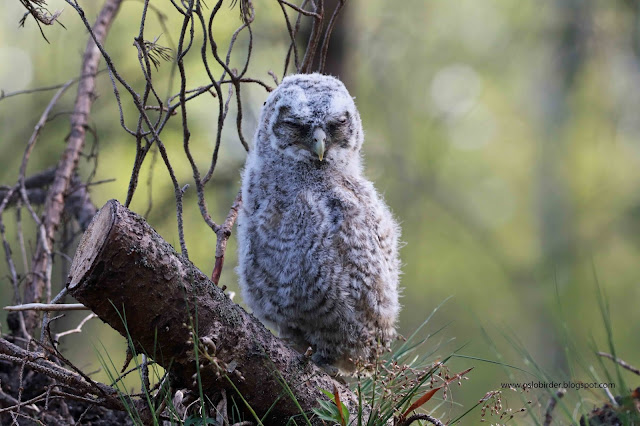