And the final post from the long weekend in the mountains and always a major highlight of my birding year – lekking Great Snipe. I discovered the lek that I visit back in 2012 and it has had varying numbers of birds visiting it. In 2012 I reckoned there were as many as 10 males displaying, 9 in 2013 , 12 in 2014, 6 in 2015, 5-7 in 2016, 3-5 in 2017, 4 in 2018 and this year 4-5 males. So it looks definitely like the numbers are falling although in the early years I visited the lek later in the season than I have done since 2017. I have always thought that activity would be higher early in the season but it is possible that males move around and that this particular lek attracts more birds at the end of June than the beginning?

The sound from the lek only carries at most a couple of hundred metres (to the human ear) so it is a wonder that birds find there way to the leks. Obviously older birds can remember where the lek is but how do young birds find it? They were born in the area but would never actually have visited the lek and the nest site is potentially kilometres away from the lek.

There is always some activity to be heard when I walk up to the lek site around 2230 when the light is still good but this often stops when I sit down (presumably my presence is noticed). If display does continue then the birds are usually hidden in the dwarf birches and it is not until around 2315 (or often later) than the real activity starts with multiple birds displaying and standing out openly on tussocks of grass. There are often birds flying and running around and occasional fighting but it is very rare that I have seen what I believe to be a female visiting the lek. Once it gets dark (or as dark as it gets at this time of the year) then the birds seem unbothered by my presence and display within 10 metres of me. When I have visited the lek site during the day there appear to be no birds present.

I visited on two nights this year and on both there were definitely 4 males displaying and probably 5. I left at midnight on both occasions and more birds could potentially have arrived afterwards.

I took a lot of video and pictures using the bazooka on a tripod. I forgot my torch which I have previously used to (briefly) illuminate birds so tried using the built in flash with varying success but I was also impressed with how well the camera coped at high ISO.

I have made 2 videos. The first is very short and shows two display sequences whereas the second is a much longer Director's Cut with far more behavioural sequences including fighting males (after 4 minutes or so). 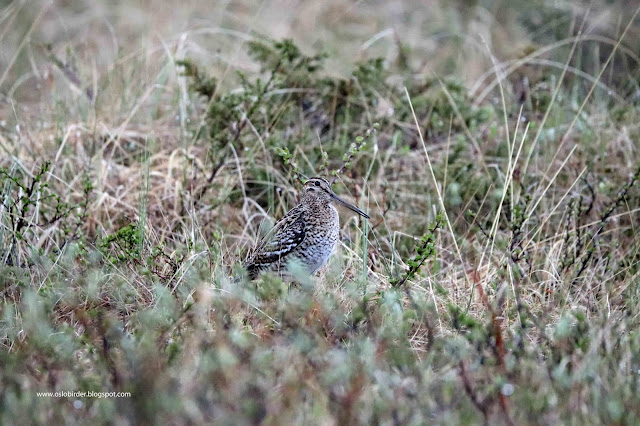 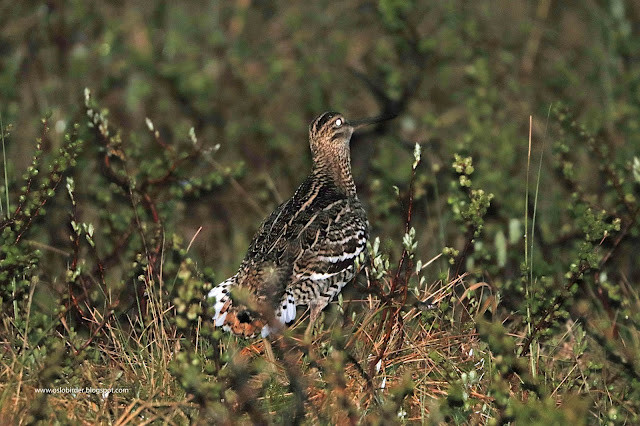 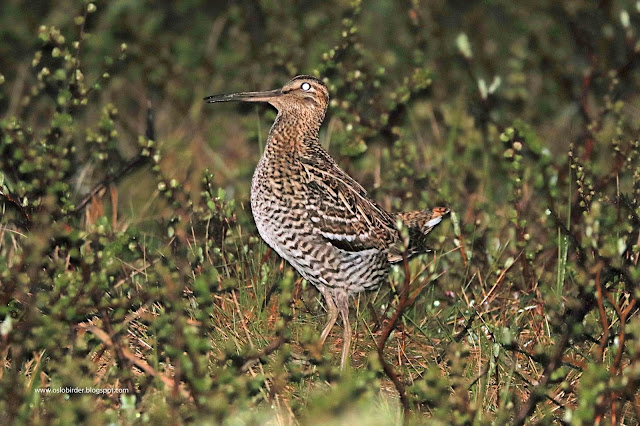 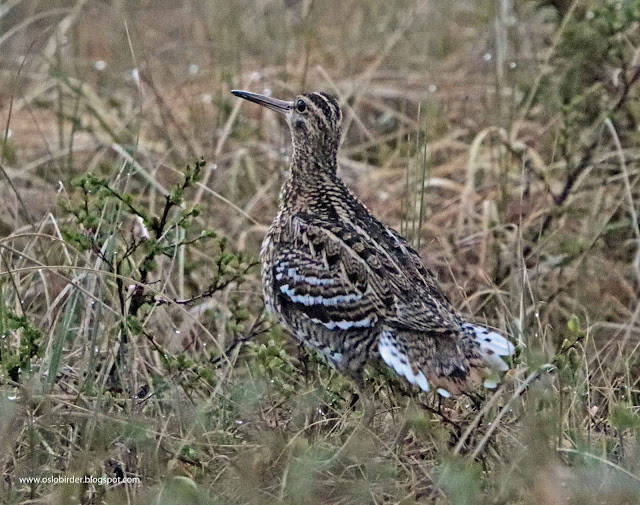