Last night was forecast (and indeed, surprisingly enough, was) to be wind and cloud free so Per Christian and I ventured out for our first owling trip of the year. It is still very early in the season and we were not sure what we would hear (and if lucky see). Our first 4 stops around 7pm all gave us a singing Tengmalm’s so it really felt like we were on to something. None of the birds was close though but the night was still young and I felt certain we were going to experience something magical. After that though it all stopped up. We had no more owls (of any species) and on our way back a couple of hours later only heard one of the four original birds. Why is difficult to know but as said it is still very early in the season so they might not be singing much yet and secondly there was no moon (lots of stars though) and the presence of a bright moon is by some said to be an important factor in owl activity.

The night was quite magical and with all the snow even the star light was enough to mean it was not completely dark. It was properly cold though. -20C is the sort of temperature that means taking your gloves off to fiddle with a camera or mobile becomes dangerous, so it was in a way just as well that I had no pictures to take. What was worse though last night was my toes which were still painful two hours later when I went to bed. When it is so cold you can hear dead wood cracking and the noise is often so loud you wonder if someone has fired a gun.

So last night gave a cautiously promising start to the owl season with four Tengmalm’s heard and today gave an extremely close encounter with a Pygmy Owl in Maridalen.

I first spotted the bird atop a pine tree and thought I would see how it responded to be a bit of playback. It flew to some trees closer to me where it then gave a high-pitched call which corresponds with recordings I have of the call of a female (sounds surprisingly like a Hazel Grouse). What was most surprising though was that it flew into an old woodpecker hole. Perhaps it was searching for the source of the song or perhaps this hole is where it roosts or has one if its food stores and it was checking there was another owl in there but it came back out of the hole almost immediately. I was able to see the owl at close range after having first (and perhaps rather unfairly) got its attention. The owl in turn attracted the attention of Bullfinches and four species of tits which scolded it. The owl looked as though it was keen for lunch but unfortunately I did not see it go after one of its tormentors.

The Great Grey Shrike was also nearby atop its favourite tree and this area would therefore seem to have a good population of rodents. In the autumn there was a large flock of Yellowhammers because the crop hadn’t been harvested and I would imagine that mice have also discovered this crop (which is now covered in snow) and could well be multiplying in numbers and providing food for both the shrike and the owl (and perhaps other nocturnal owls?). 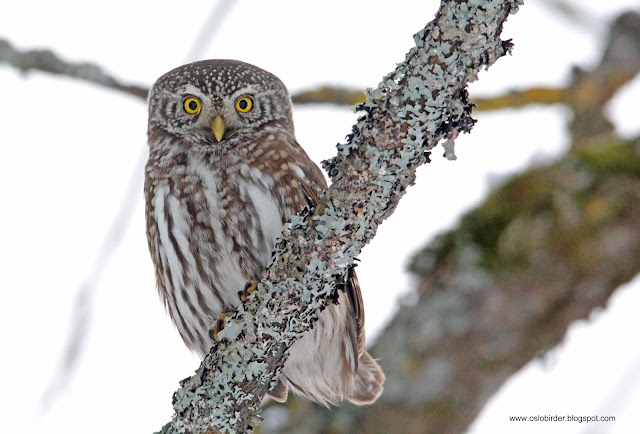 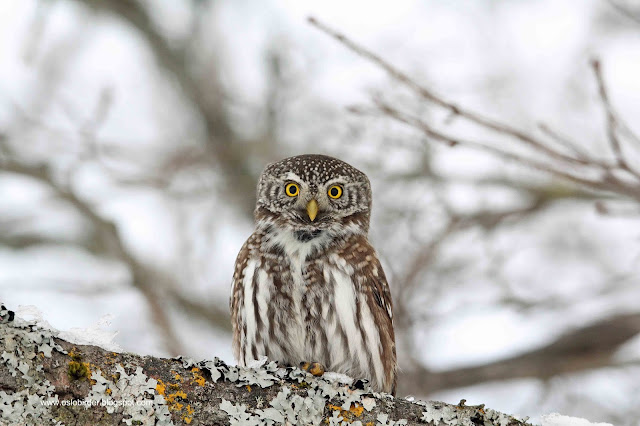 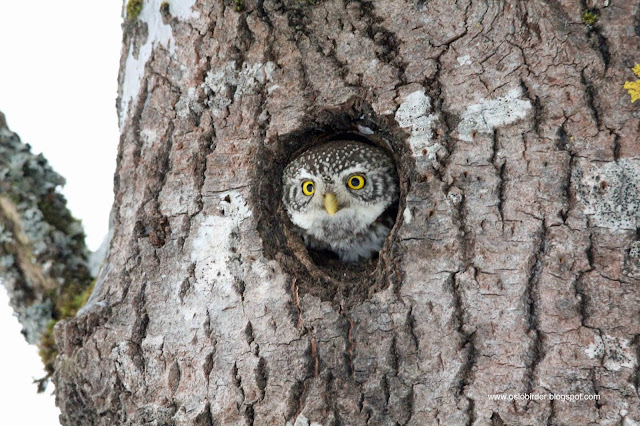 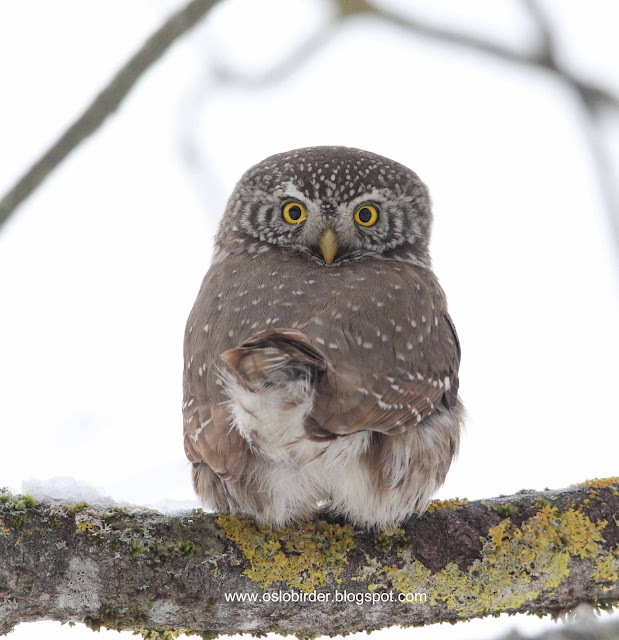 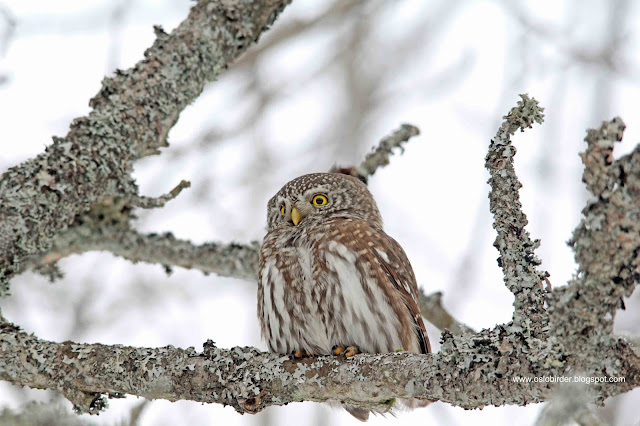 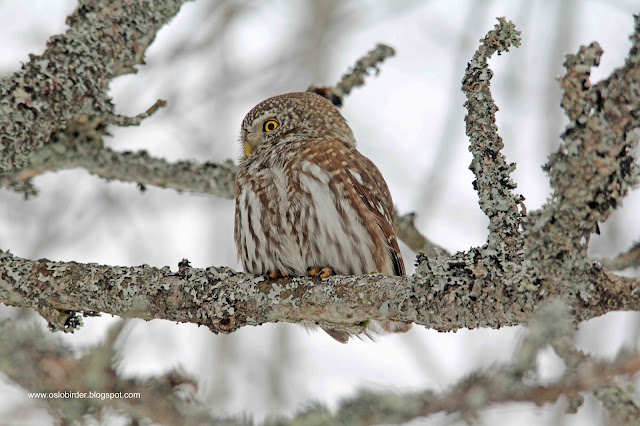 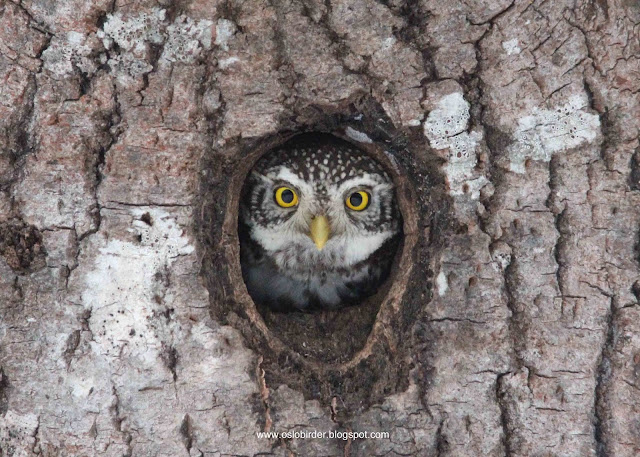 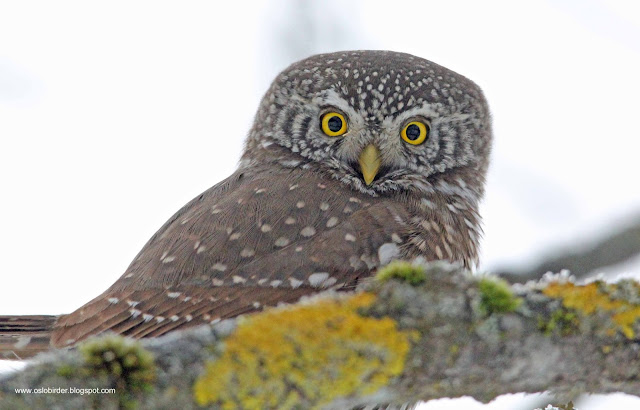 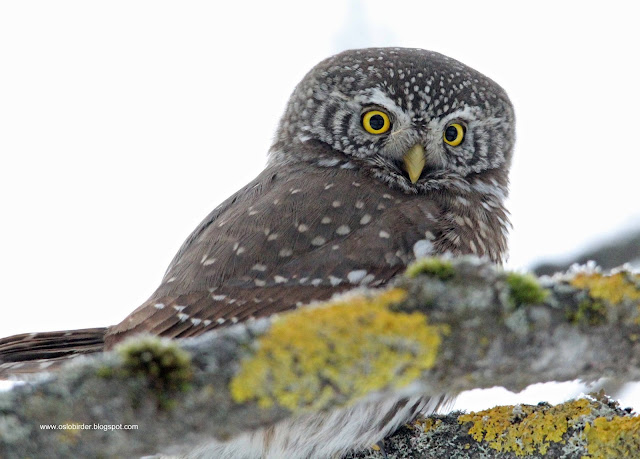 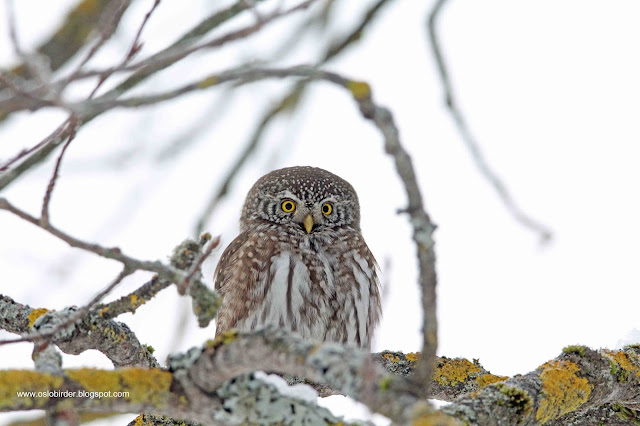 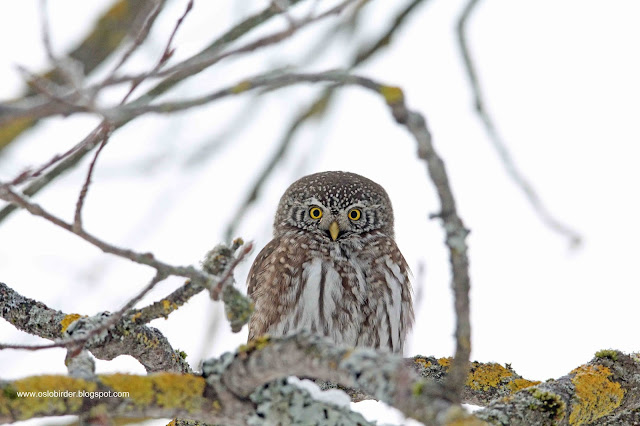 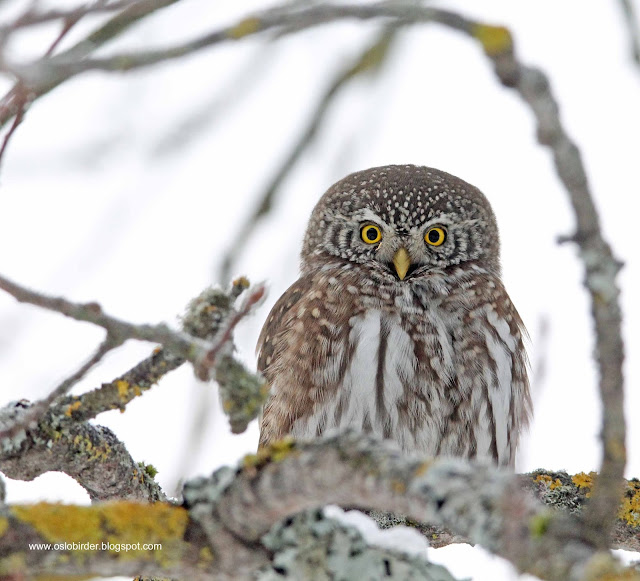 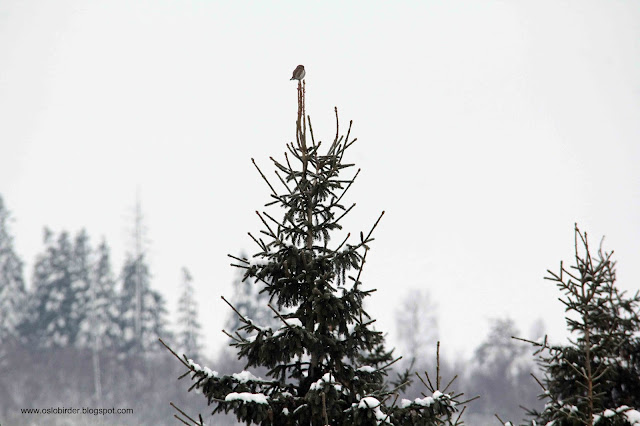