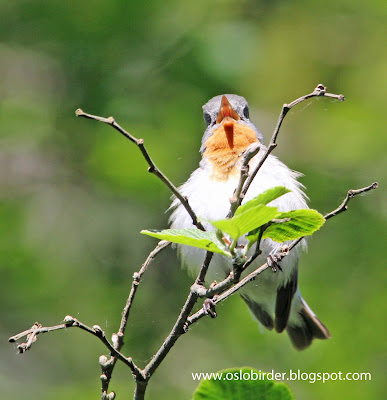 I visited the Red-breasted Flycatcher site in Sørkedalen on Tuesday 16 June hoping to locate the nest. This was not to be however with the female presumably still sitting on eggs. I found the male in exactly the same area as previously and during the hour I was there he fed around me as I sat quietly in the grass. He did not sing once during that time but occasionally gave the wren like contact call. There was one time when I thought I heard this same call from another direction whilst watching the male but never saw the female.


As I was watching the flycatcher living up to its name and flying out on sorties to catch insects and occasionally hovering I thought that with the right equipment and skills it would be possible to take some seriously cool action shots. I lack both the equipment and skills though so decided to see if I could get a flight shot by focusing on the bird whilst perched and then just pressing the shutter button in continuous shoot mode to capture a picture when it took off. I took 700 pictures and managed maybe three useable shots. My camera only takes about 3 shots a second (on paper) but I though this should be enough however the vast majority of the time the bird took off and disappeared out of shot without me capturing anything. One picture shows a perched bird and the next a bare branch with not even a blurred wing making it into shot! 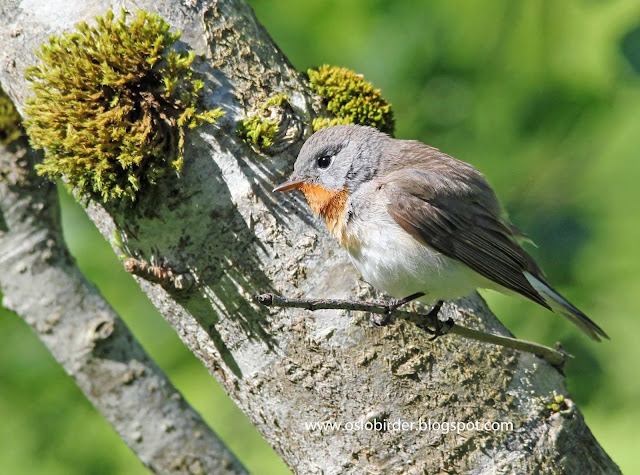 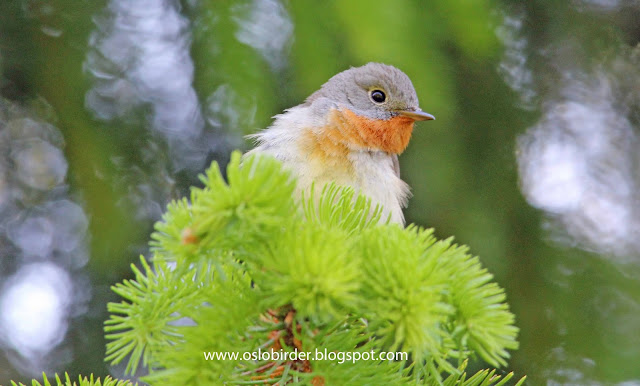 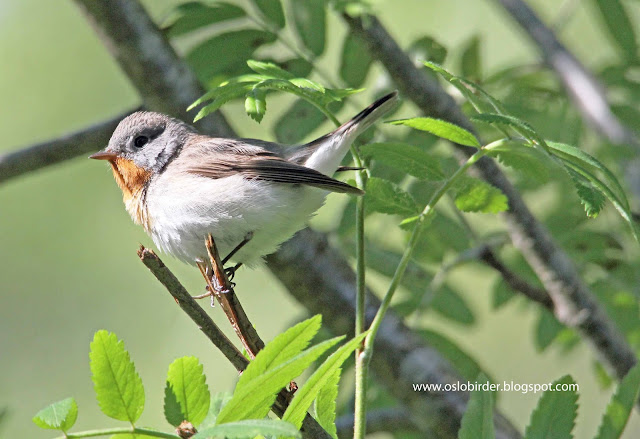 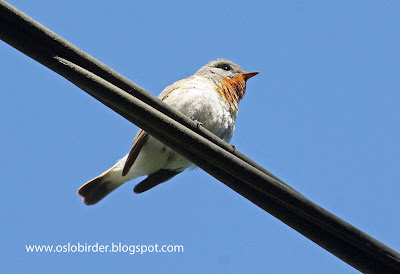 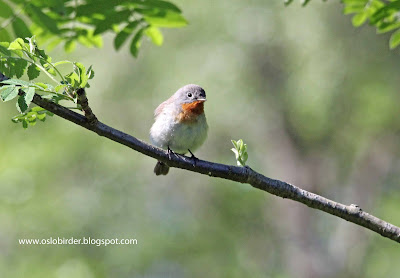 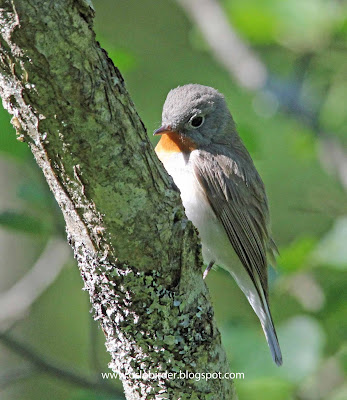 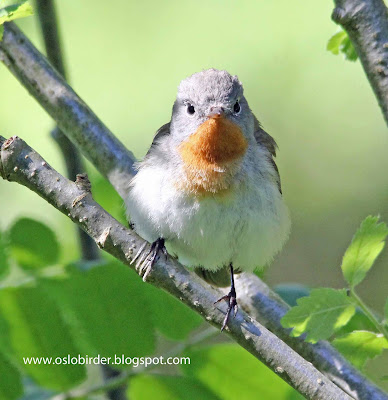 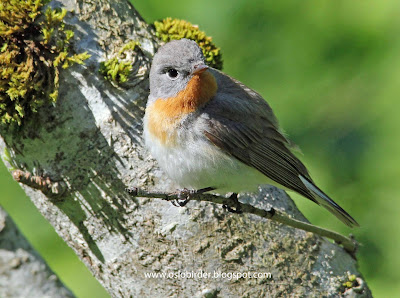 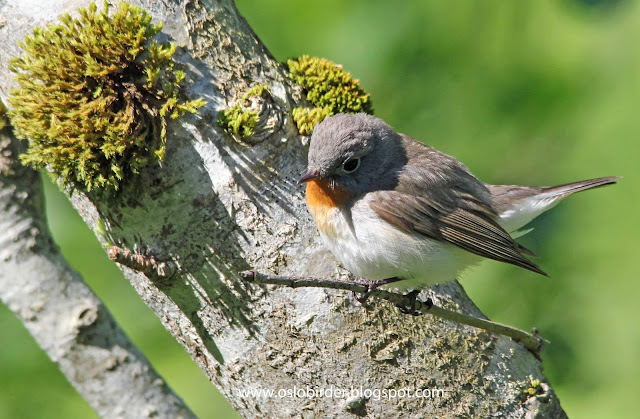 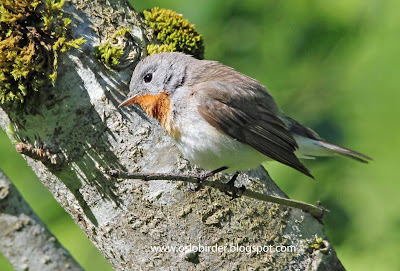 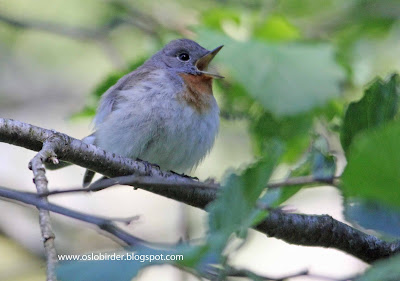 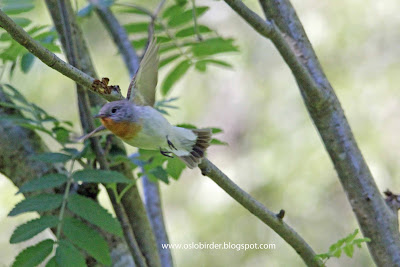 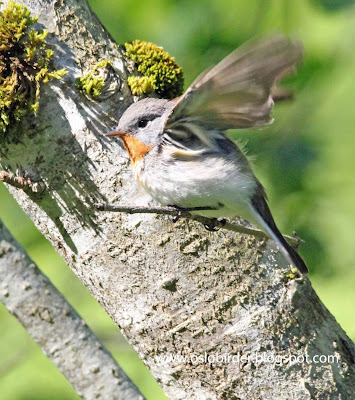 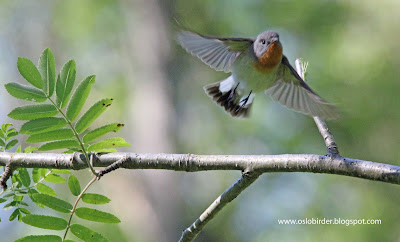 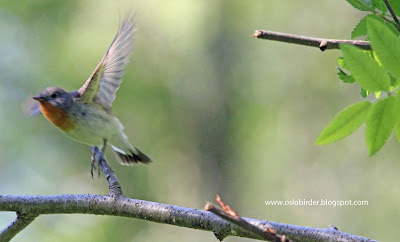 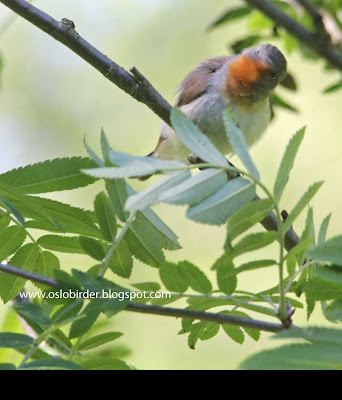