A variation on a theme

Searching for Pine Grosbeaks is no longer just about enjoying their company. With people coming over from Blighty on Wednesday just to see them I now need to have a few different sites staked out. I am also going to be interviewed on the radio about the invasion and despite it being radio they also want to be out in the field with them. This added incentive caused me to find Grosbeaks at four different locations today as well as discovering a load of areas with trees still heavy with berries so I feel that I have as much control as the Bird Gods will permit 😊

At Grefsenkollen there were 8 birds including 5 adult males. It is, in my experience, very unusual to see adult males in the majority in the flock. One of the males was a noticeably lighter red colour than the other males that were the usual dark red. All the other birds I discovered (flocks of 3,3 & 4) were females or 1st winters although one bird I photographed seems to be identifiable as a 1st winter male.

Surprise of the day was a male Black Grouse that flew past Grefsenkollen. It flew in from the south and I wonder whether it had tried to “migrate” to the south and over the city but cold feet. I didn’t have my camera ready but it would have made a cool photo as it flew below me with the city in the background.

Yesterday, a family walk at Fornebu where I had decided not to look at birds was rudely interrupted by a pathside Piney that just invited itself to have a selfie taken with me! The kids also got to take pictures of it with Jr using the bazooka and Jr Jr using the superzoom (the cameras were with me to take family / dog photos, honestly!) 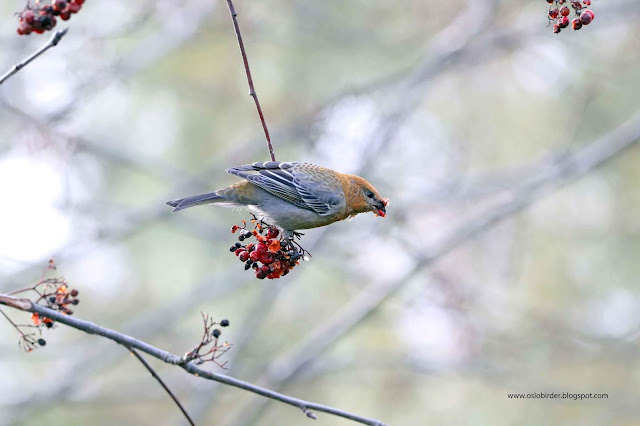 And some of today's birds. First a video where you can see it eat in close up. It seems to suck the insides out of the berry. 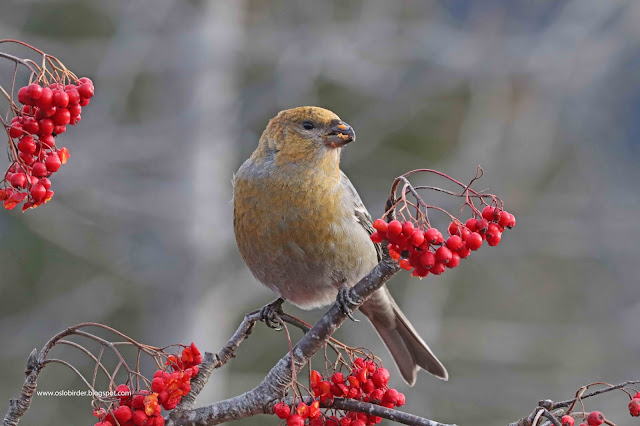 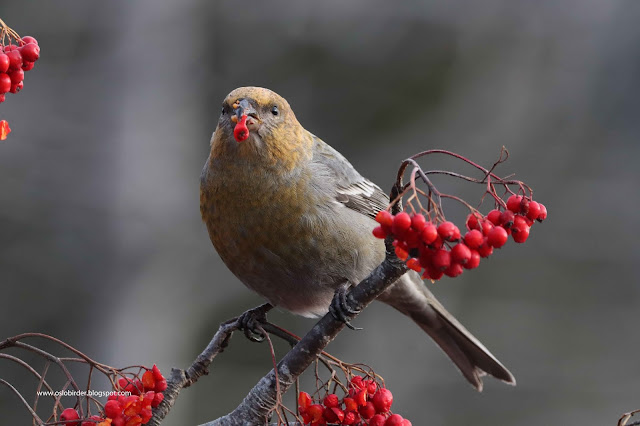