With unsettled weather and some rain, I opted for a very early morning trip to Årnestangen today knowing that the girls wouldn’t mind being allowed a lie in. There were waders but not much diversity – mid August is often a bit of a quiet period as the adult arctic breeding waders have mostly already moved through, but the juvenile birds have not yet started their migration. Therefore, most of the birds at this time of the year are breeding birds from southern and mid Scandinavia.

I did however have a whopping 4 Broad-billed Sandpipers consisting of three juveniles (all seen at same time) and a much darker bird with heavy streaking on breast and flanks that must have been an adult (unusual in autumn). The waders were often very difficult to see due to vegetation but first a Marsh Harrier and then a Peregrine pushed them up and then many of them including one of the juvenile BBS landed pretty much as close as they could and showed well. There were 40 odd Dunlin (only 6 adults) and 30 Ringed Plovers but no stints or Curlew Sandpipers. Two adult Knot that briefly landed before heading south were the only arctic waders. It is already getting late for Wood and Green Sands and I had none and only a couple of Common Sands were left. There was also a smattering of Lapwing, Curlew, Snipe, Redshank, Greenshank and Ruff around.

On the way back, I saw a juvenile Slavonian Grebe that is in an unusual transitional plumage that has caused a lot of confusion, but its identity seems to be accepted now. 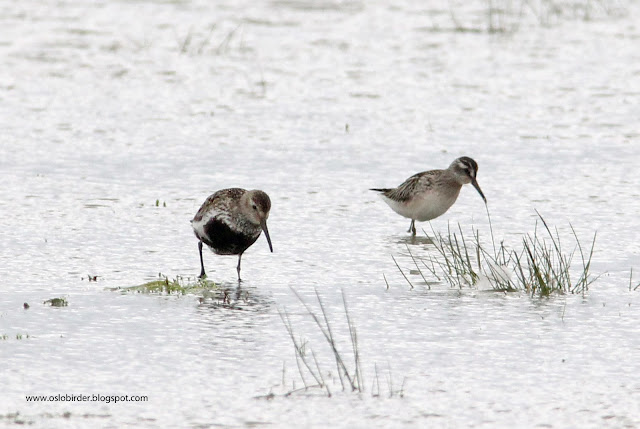 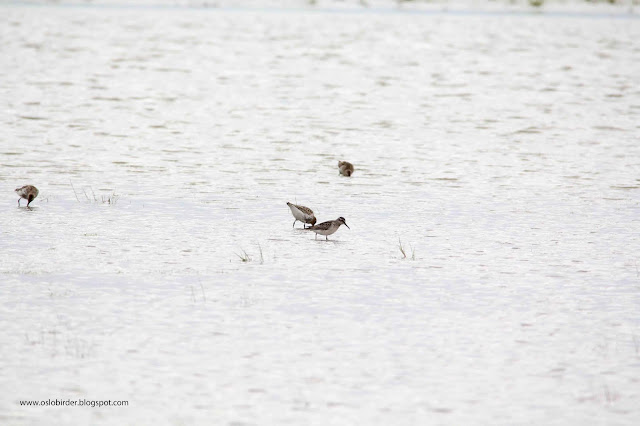 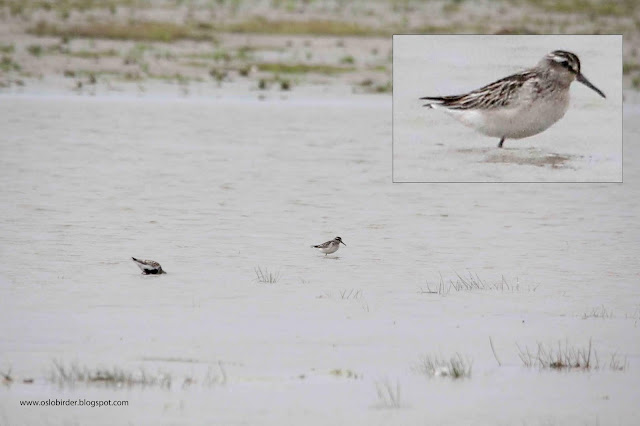